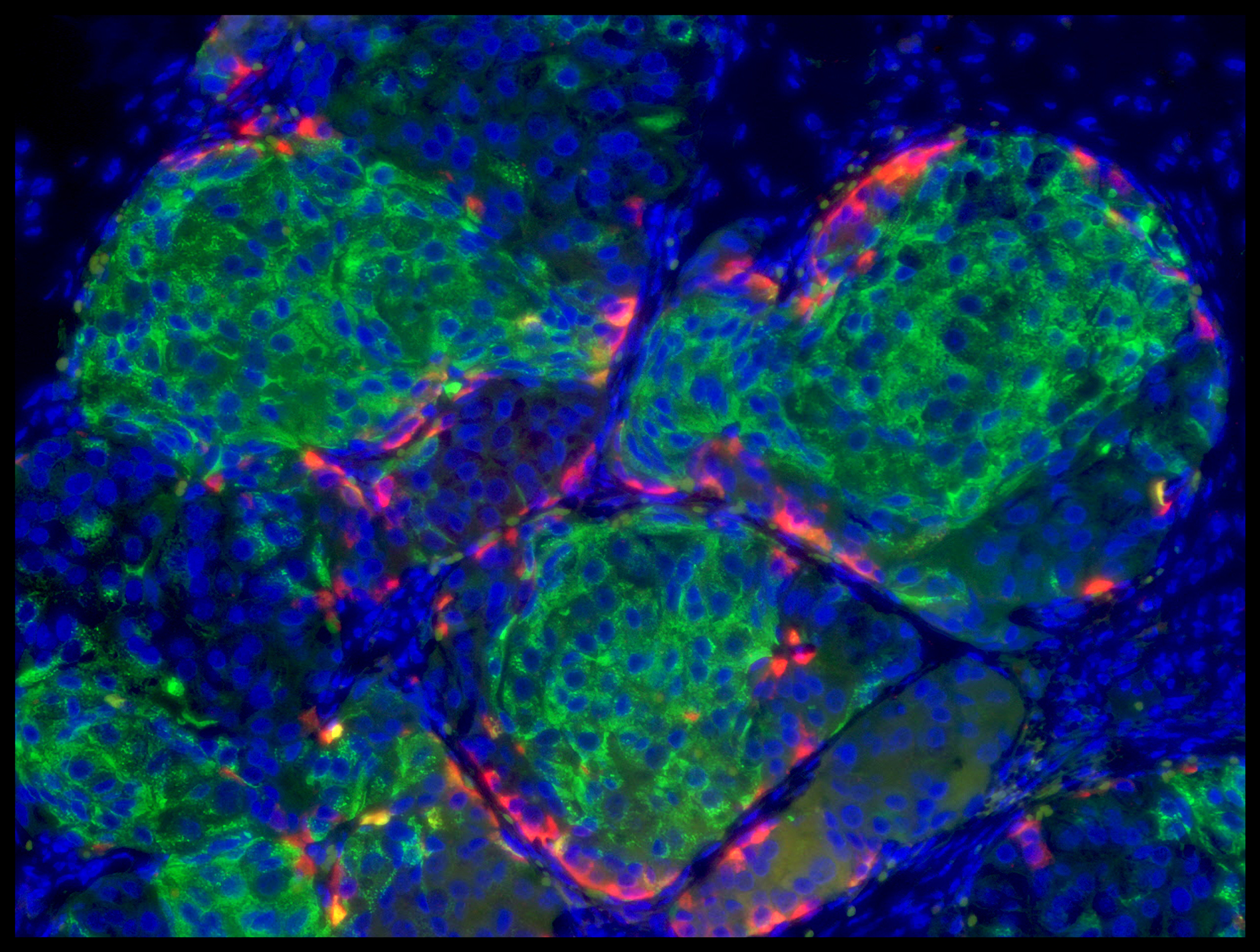 BWH and four other Harvard-affiliated institutions have joined forces to establish the Boston Autologous Islet Replacement program—a new center that will perform cell transplantation to accelerate a cure for diabetes.

Recent advancements in stem cell biology have provided an unprecedented opportunity to treat diabetes. Researchers have developed a process to generate a virtually unlimited number of beta cells—insulin-producing cells found in the pancreas—from adult stem cells in the lab. The stem cells would be created from the patient’s own blood cells, which could effectively be “reprogrammed” to perform this new role.

In people with diabetes, beta cells are either depleted or can’t produce enough insulin to maintain a healthy blood sugar level. These new stem-derived beta cells could be used in a clinical setting to replace or replenish a person’s beta cells as a treatment for diabetes.

The newly announced transplantation center, launched by Harvard Stem Cell Institute, BWH and the Joslin Diabetes Center (JDC), in collaboration with Semma Therapeutics and Dana-Farber Cancer Institute, will work toward translating these stem-cell discoveries into treatments that could ultimately cure diabetic patients.

Generating clinical-grade stem cells suitable for use in patients will take time; the program does not expect to conduct its first transplant until 2019 at the earliest. The initial clinical trial will enroll a very small, select group of patients—individuals who have had their pancreas surgically removed because they had incurable pancreatitis or similar conditions and who have not shown signs of islet autoimmunity (the body attacking its own insulin-producing cells).

BWH and JDC will work together in screening and identifying suitable patients. BWH will perform the transplantation procedure, and both BWH and JDC will provide follow-up care.

The Brigham’s involvement in the project has grown out of its international reputation as a leader in transplantation research and surgery.

“This project builds on our pioneering work in transplantation and exemplifies the Brigham’s commitment to fostering discovery and innovation in order to translate research advancements into new therapies and treatments for our patients,” said BWHC President Betsy Nabel, MD. “We’re excited to partner with these esteemed institutions to push the boundaries in improving the care and treatment of patients with diabetes.”