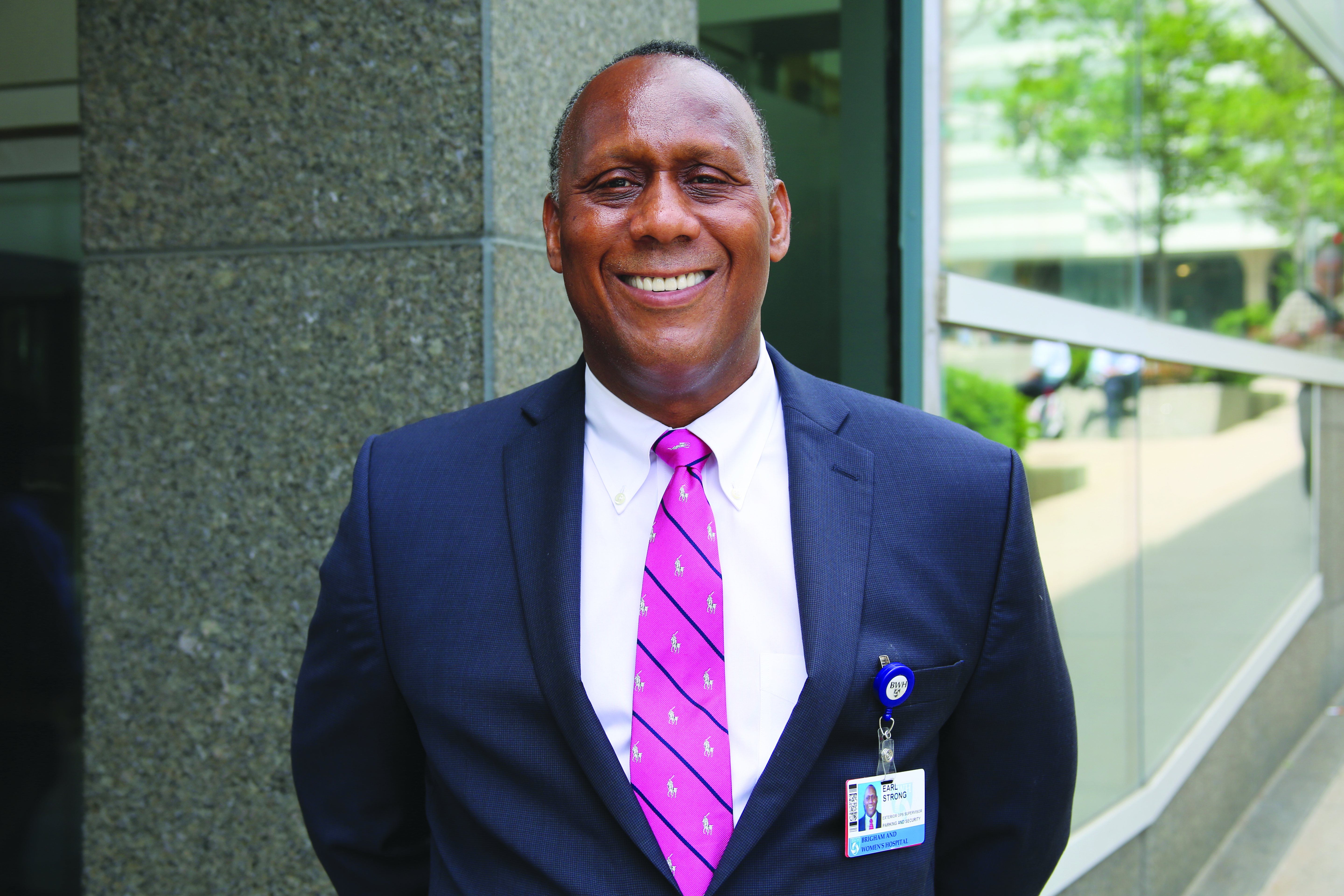 A former running back for the Boston College Eagles, Earl Strong doesn’t expect to put his football skills to use on the job, but they came in handy when he tackled an alleged fugitive on May 25.

Standing outside BWH’s main entrance at 75 Francis St., Strong, the exterior operations supervisor for BWH Security and Parking, saw a man running toward the Shapiro Center, followed by a Boston Police officer. Seeing that the fleeing suspect was headed toward two women on the sidewalk, one of whom was using an IV pole, Strong reacted on instinct.

“I put my radio and folder on the ground and just did what I felt was right,” he said.

Strong sprinted across the street and was able to tackle the man to the ground, preventing him from crashing into the two women.

Within seconds, the Boston Police officer on the scene was joined by additional officers in police cruisers to assist in arresting the man.

Strong, who has worked at BWH for the past 17 years, said he was glad that he was able to help Boston Police detain a person who could have injured others in his attempt to flee.

“BWH Security and Boston Police are always working together to keep BWH and the surrounding community safe,” he said. “I’m glad I was in the right place at the right time.”

The two women later thanked Strong for his efforts. “They wanted to buy me lunch,” he said. “They were so appreciative.”

Strong was recently honored at a Brigham Way luncheon for going above and beyond. Robert Chicarello, director of Security and Parking, praised him for stepping up and doing the right thing.

“He’s always looking out for others,” Chicarello said. “Earl protects our hospital from the outside in and is committed to keeping our patients, visitors and staff safe.”

This isn’t the first time Strong has chased after suspects wanted by police. Early in his career at BWH, he helped Boston Police chase a person headed down Vining Street onto the Riverway.

“I firmly believe in the slogan ‘See something, say something,’” Strong said. “In this most recent case, I did something and I would do it all over again to protect others.”

7 Responses to “Safety & Security Corner: Protecting BWH From the Outside In”