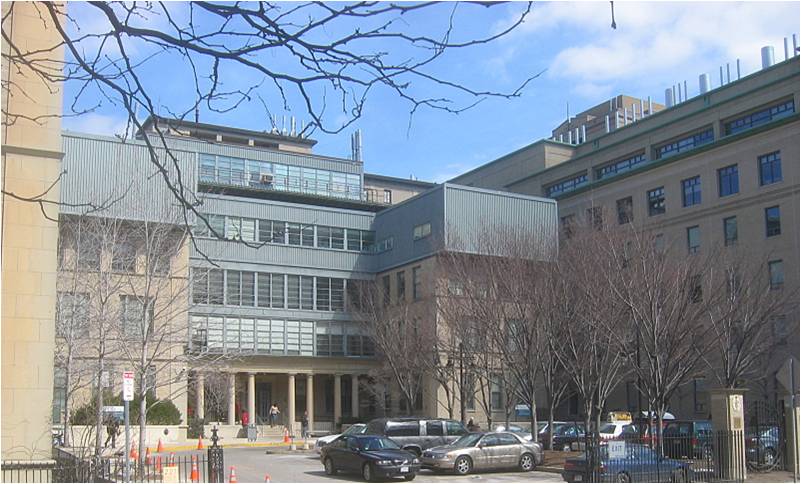 Discovery and innovation are among the key areas of strategic focus for BWH. The Brigham Building for the Future is one example of the hospital’s commitment to translational care and the future of research; another is its investment in upgrades to improve Brigham research facilities, including the George W. Thorn Research Building and research facilities at 221 Longwood Ave.

“Thorn and 221 Longwood have a 40-plus year distinguished history in service to our research mission. A lot of great discoveries were made in these facilities, but they are unable to sustain the load of modern research,” said Paul J. Anderson, MD, PhD, chief academic officer and senior vice president of Research. “We now have an opportunity to change that. By addressing the infrastructure needs, we hope to stabilize the buildings and keep them as valuable assets and places to do research for many years to come.”

John Pierro, senior vice president of Facilities and Operations, and his team have completed a detailed engineering facility condition assessment of Thorn and are currently conducting a similar assessment of 221 Longwood. The assessments include an analysis of climate control, air exchanges, electrical power, plumbing and all critical infrastructure.

“These are very precise and detailed infrastructure condition assessments, including major equipment and the operating needs of the user groups in each area,” said Pierro. With this technical engineering data in hand, Pierro and his team are able to develop and implement specific capital improvements to address infrastructure issues in the buildings.

Ryan Lavoie, director of Research Facilities Planning and Management, and George Player, director of Engineering, highlighted several improvements being implemented in the Thorn initiative. Walk-in environmental cold rooms will be upgraded and replaced floor by floor in the building. Contractors will also be installing a new wireless alarm system that will allow real-time temperature reads while offering customizable temperature parameters.

“With this system, we’ll be aware of problems before the building occupants notice them,” said Player.

Other improvements include cosmetic upgrades, such as renovated bathrooms and breakout areas and repainted walls.

Earlier this year, Pierro and Anderson brought their assessment to the BWH Board of Trustees, which approved $24 million for infrastructure improvements. During a Town Meeting earlier this spring for those who work in Thorn, as well as interested members of the BWH community, Pierro, Anderson and Ron M. Walls, MD, executive vice president and chief operating officer, presented the assessment for Thorn and an overview of the infrastructure upgrades.

Since then, Pierro and his team have begun to implement these corrective plans, floor by floor, in Thorn. Pierro’s team has also established channels for communicating updates about upcoming improvements to the researchers who will be affected. Additionally, an Infrastructure Oversight Committee, made up of investigators, lab managers and administrators, has been established to get feedback and input on plans from the research community.

At the 221 Longwood Town Meeting on May 17, Pierro shared his team’s goals for the building, which are to eliminate electrical power interruptions and weather-related flooding; improve ventilation, air circulation and staff comfort; upgrade the building’s automation, mechanical, electrical and plumbing infrastructures; and improve its aesthetics. A ceiling replacement project and upgrades to window films and glazing have recently been completed, but after the facilities condition assessment concludes at the beginning of July, Pierro’s team will develop a comprehensive plan to address the underlying causes of many of the challenges at 221 Longwood, including issues with temperature control and freezer failure.

“With overwhelming support from senior leadership and the board, our joint teams in Facilities and Research will restore these landmarks, which have been vital to fulfilling our mission,” said Pierro.