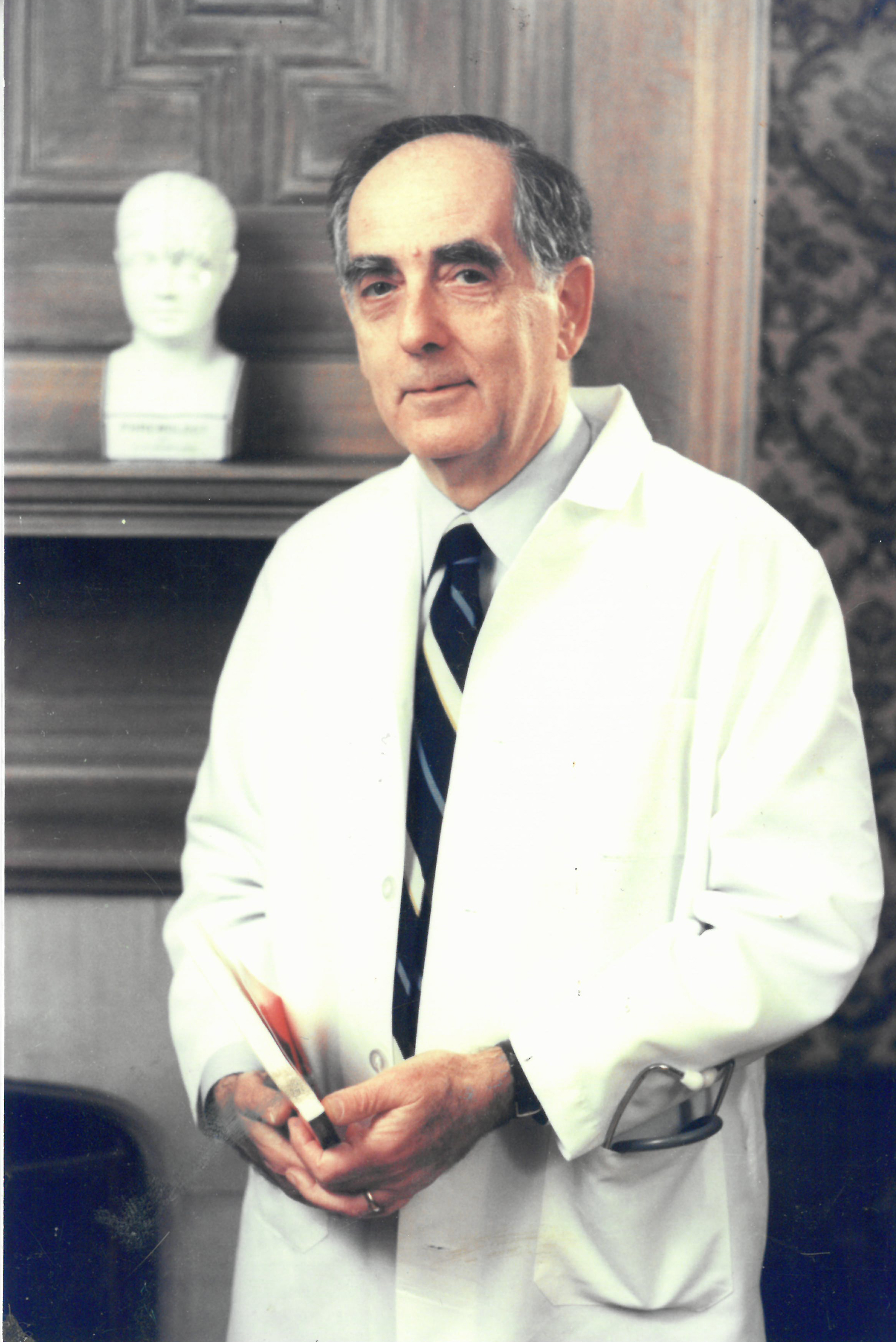 BWH and the Department of Neurology mourn the loss of H. Richard Tyler, MD, former chief of the Division of Neurology and BWH’s first full-time neurologist. He passed away May 9 at the age of 88.

“Known as a brilliant clinician and memorable teacher, Dr. Tyler made enormous contributions to the Brigham community, its patients and the field of neurology,” said Martin Samuels, MD, chair of the Department of Neurology.

Dr. Tyler, who lived in Brookline, is credited with building BWH Neurology from the ground up, serving as chief from 1956 to 1988. Under Dr. Tyler’s leadership, the department added a major basic research program in 1985, led by Dennis Selkoe, MD, and Howard Weiner, MD, co-directors of the Ann Romney Center for Neurologic Diseases. The Neurology Division at BWH became an independent department in 1995.

Dr. Tyler received his MD from Washington University School of Medicine in 1951. He interned at the BWH predecessor Peter Bent Brigham Hospital in 1951, followed by a neurology residency at Boston City Hospital. He then spent two years abroad at The National Hospital for Neurology and Neurosurgery, Queen Square in London and at the Pitié-Salpêtrière Hospital in Paris. He later worked at The Johns Hopkins Hospital before returning to BWH in 1956. He was appointed professor of Neurology at Harvard Medical School in 1974 and became emeritus professor in 1999.

During his time as chief, Dr. Tyler helped to develop the field of renal neurology, based on his experience with early dialysis and organ transplantation. He also characterized the physiological basis of asterixis, one of the cardinal signs of metabolic encephalopathy, also known as brain disease, damage or malfunction. He was an expert in the neurological aspects of congenital heart disease in adults and the neurological aspects of alcohol and malnutrition.

He always felt that his greatest contribution was not his personal work but rather the generations of medical students, residents and faculty he trained—many of whom went on to assume major leadership positions in neurology, locally and throughout the nation.

After stepping down as chief in 1988, Dr. Tyler continued to maintain a busy neurology practice until 2015, and he remained a valued consultant for internists and neurologists. He continued to develop one of the great modern collections of books related to neurology and neuroscience.

Samuels said generations of Harvard Medical School students have vivid memories of Dr. Tyler’s prodigious teaching skills. He was one of the founders of the Harvard Longwood Neurology Training Program and recruited a group of distinguished neurologists to join him at BWH, including Selkoe and Weiner.

“Rick Tyler was the single most influential teacher in my quest to become an academic neurologist and to develop my career at BWH,” said Selkoe. “I will greatly miss his remarkable depth of insight into how brain diseases work and how to humanely care for those suffering chronic neurologic illnesses.”

Weiner said he learned neurology from Dr. Tyler at a time when all doctors had to work with were a patient’s medical history and physical exam.

“He was a master clinician who made neurology come alive for me,” Weiner said.