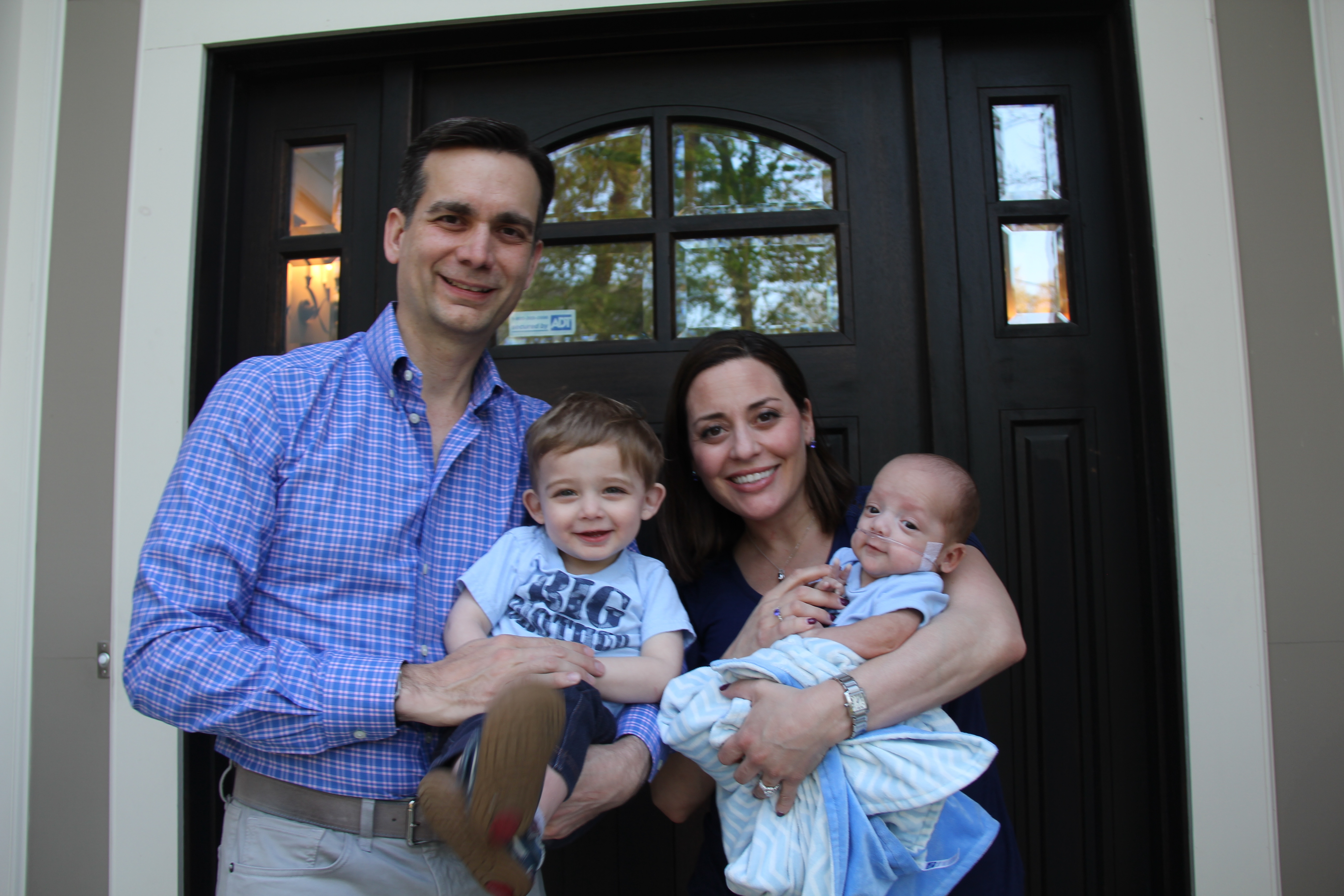 Baby Goes Home After More Than 100 Days in NICU

“We’ve been looking forward to this moment for a while now,” said Monica, a former BWH Anesthesiology resident who currently practices at Anaesthesia Associates of Massachusetts, a private group in the Boston area. “It’s so wonderful to be at home with both of our boys for the first time since William was born.”

The Shooks hoped to take William home on Mother’s Day after 107 days in the NICU, but he had a minor setback and needed to stay two additional days.

Delivered via an urgent C-section, William was born prematurely in January at 29 weeks gestation. Because he wasn’t breathing, he was intubated and taken to the NICU. During his first few weeks, William faced several health issues, including lung disease related to his prematurity, which was further complicated by a collapsed lung.

Since then, William has overcome many obstacles. His lungs are getting stronger, and he’s able to eat without the assistance of a feeding tube. He’s grown from three pounds at birth to almost 10 pounds today. 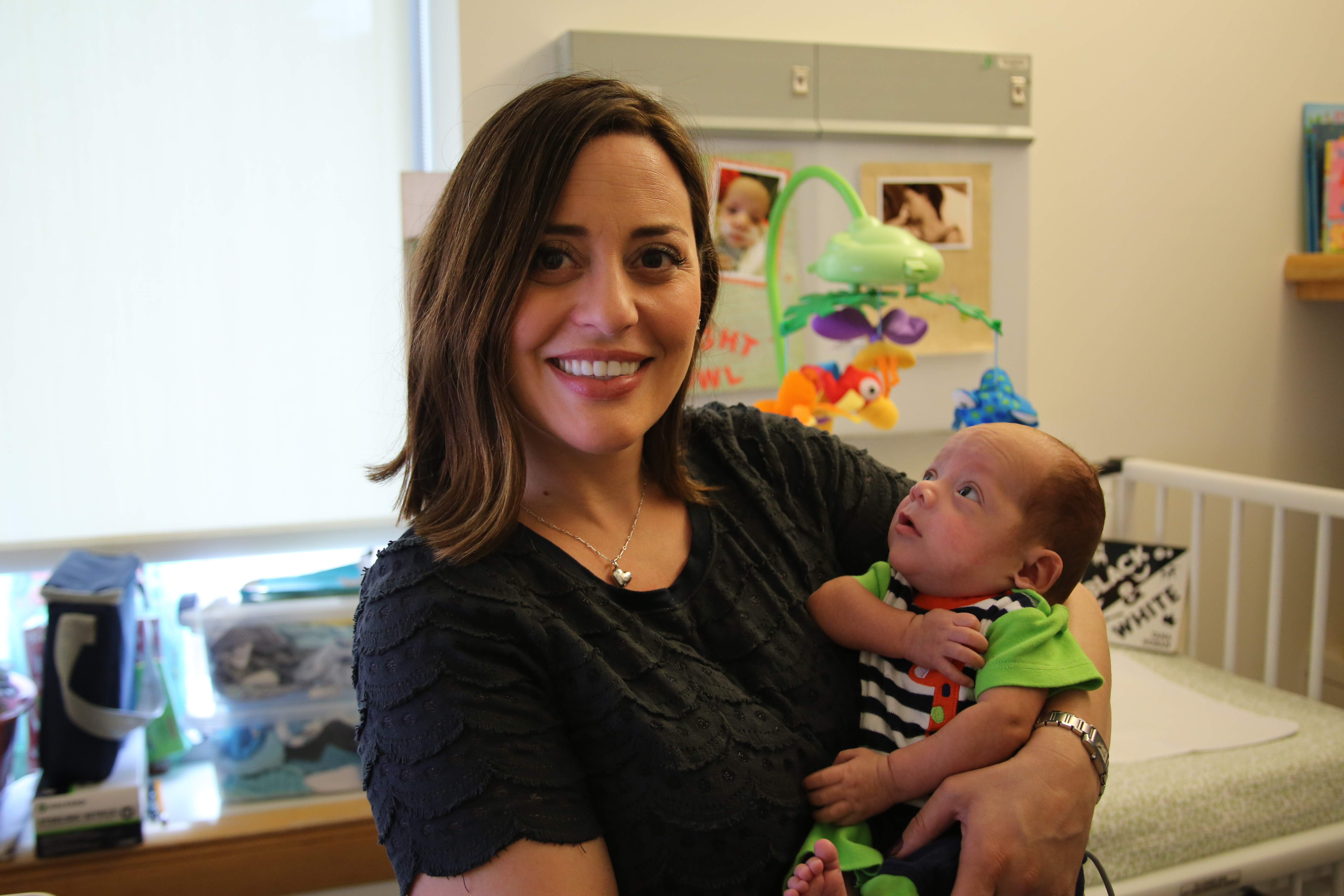 “He’s made tremendous progress,” said Carmina Erdei, MD, a neonatologist in the Department of Pediatric Newborn Medicine. “We are all so happy that he’s able to go home. William is fortunate to have an incredibly dedicated family, who has been by his side and involved in his care every single day since he was born, and that really set him up for success. We’re confident that he will continue making big strides; that’s the best gift parents can hope for.”

For the past three-and-a-half months, the Shooks have been in the NICU each day, along with an incredible support team. Douglas, who is the program director of the Cardiothoracic Anesthesia Fellowship and director of Interventional Cardiac Anesthesia, said from the moment William went to the NICU, both he and Monica felt included in their son’s care team.

“The level of care has been outstanding,” Douglas said. “We were invited from the very beginning to sit in on conversations the care team had about William; we were updated regularly on his progress and could always ask questions. The open communication we experienced in the NICU has been terrific.”

William’s primary nurse, Jeanine Levantian, RN, has been with him every step of the way.

“It was both a privilege and an honor to care for this beautiful baby,” she said.

Looking back on their experience, Douglas says he’s especially grateful for his Anesthesiology colleagues who have supported his family since before William was born. On multiple occasions, colleagues brought food for them and visited with Monica while she was on bed rest prior to William’s birth. Douglas’s current fellowship class even pitched in and delivered a week’s worth of groceries to the family’s home in Newton to support them after William’s birth.

“People visited us every day,” Douglas said. “We experienced unbelievable generosity from my colleagues. It brings a warm feeling to my heart that I’m associated with such incredible people who are essentially my second family.” 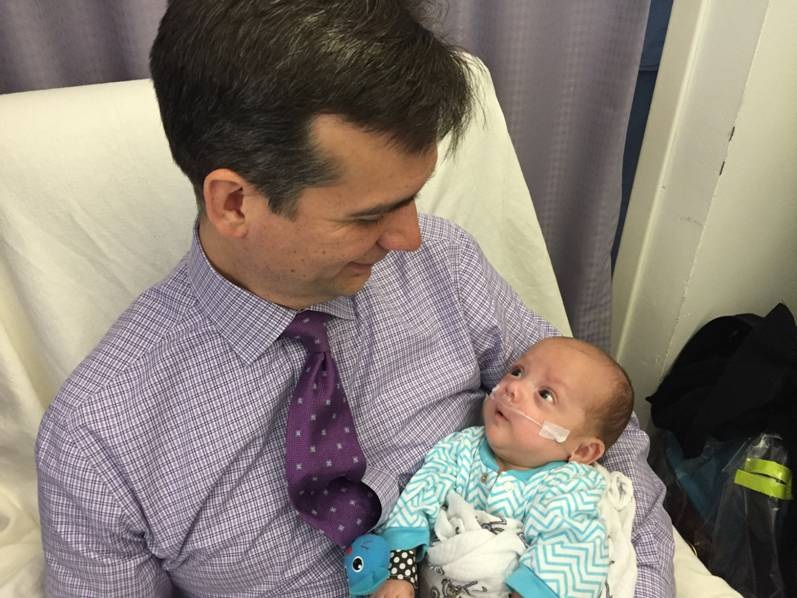 One Response to “Memorable Mother’s Day Moments at BWH”