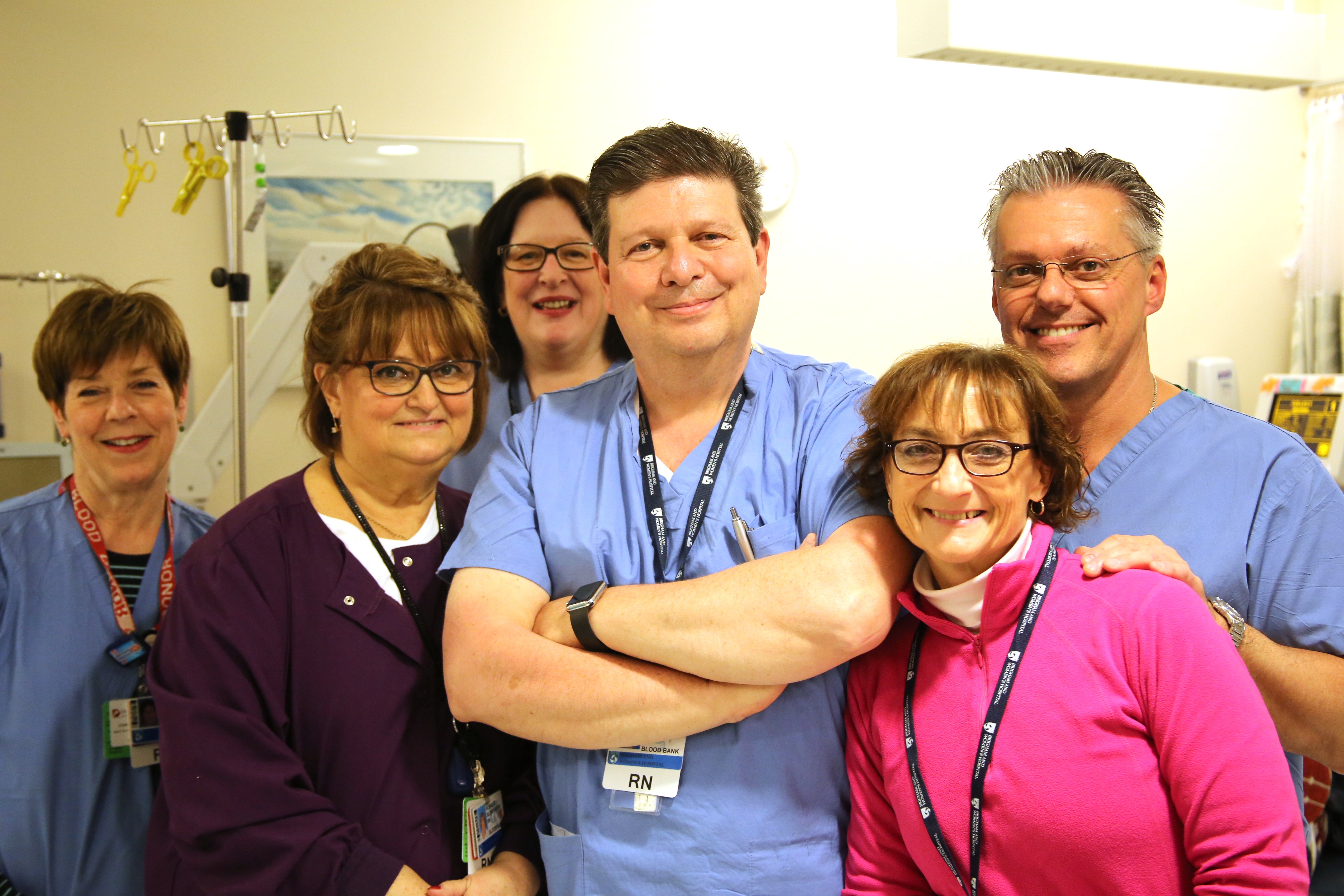 Frank Denaro, RN, was recently in the Tower when his cell phone buzzed with a text message from a colleague in the Dana-Farber/Brigham and Women’s Kraft Family Blood Donor Center. The message said that his coworkers had a surprise for him.

Unsure of what to expect, Denaro headed back to the Blood Donor Center—where he cares for patients receiving bone marrow transplants—and walked into a standing ovation of cheers and applause. Colleagues at the center had just learned that Denaro was one of 39 BWH nurses being honored in The Boston Globe’s annual “Salute to Nurses” program, which recognizes nurses who provide patients with extraordinary care. Honorees, who were announced in The Globe earlier this week, were nominated by patients, patients’ family members and colleagues.

Amid the laughter and applause, one quiet moment made the day even more special: Esther Zaff, a patient who visits the center weekly for treatment—and who happened to be there that day—sidled up next to Denaro and said, “Frank, I’m the patient who nominated you.”

Zaff, whose nomination letter appeared in The Globe, wrote that she appreciated Denaro’s ability to care for her as a person and not just as a patient. 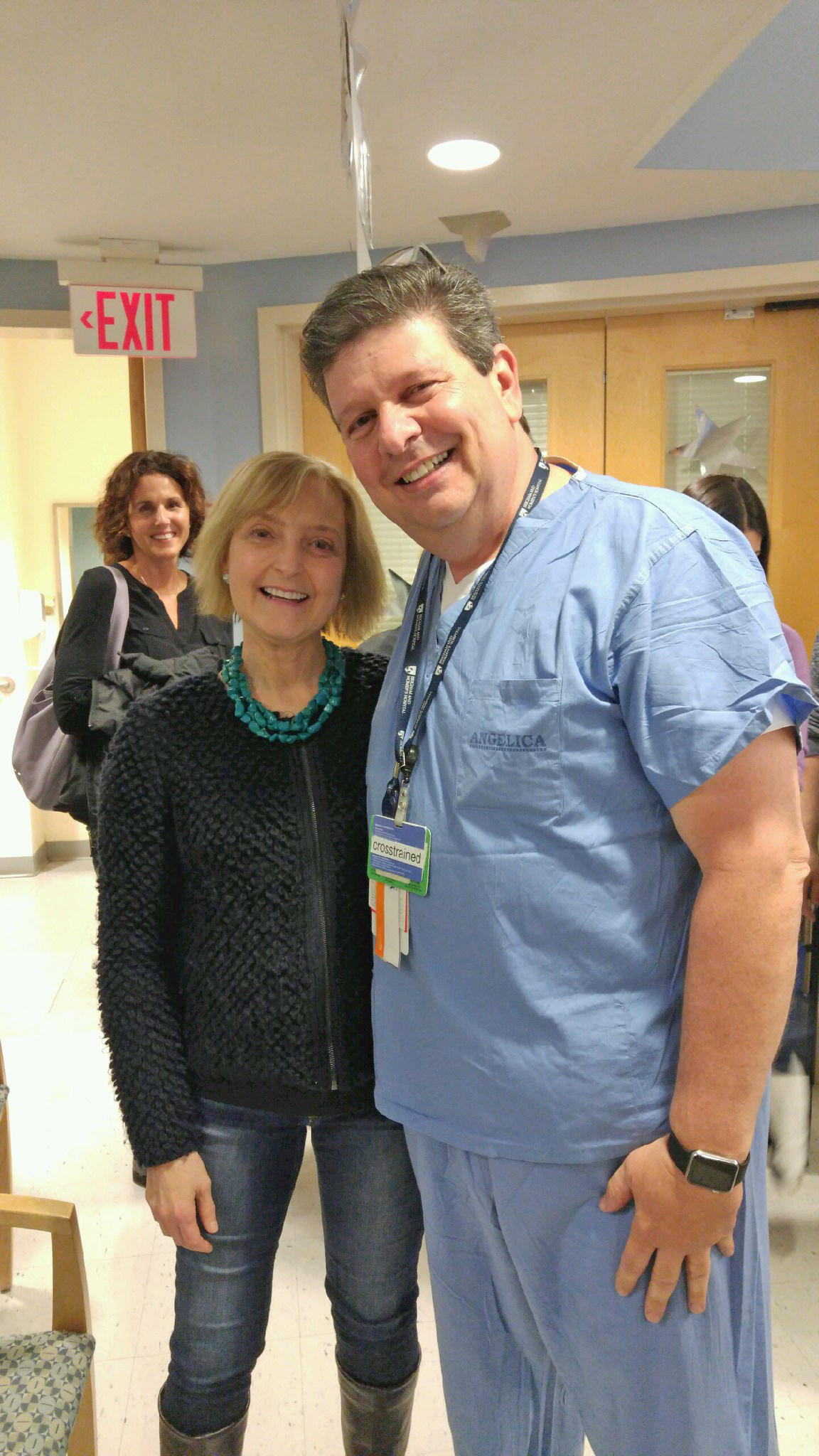 “More than performing his job at the highest level, Frank understands the human component of nursing,” Zaff wrote. “He knows when to chat, when to back off, when to joke and when to simply offer a supportive nod or hand squeeze.”

It’s a level of care that all the nurses in the center practice, says Denaro, adding that his colleagues deserve to share the honor. The nurses function as a team to create a friendly and compassionate environment for patients, some of whom come to the center very ill and require ongoing treatments, each of which may last several hours.

“We spend a lot of time with our patients, so we get to know them really well,” said Denaro, who joined BWH in 2001. “When they talk to us, they know we’re serious about connecting with them. And that’s very important—it’s the essence of nursing.”

Denaro has the gift of being serious about his work without having an overly serious demeanor, Zaff wrote.

“Knowing I’ll be hanging out with Frank makes me almost look forward to my treatments,” she added. “I think that’s the highest praise any patient can offer.”

Read the nomination letters and view all of the honorees in The Boston Globe’s “Salute to Nurses.”