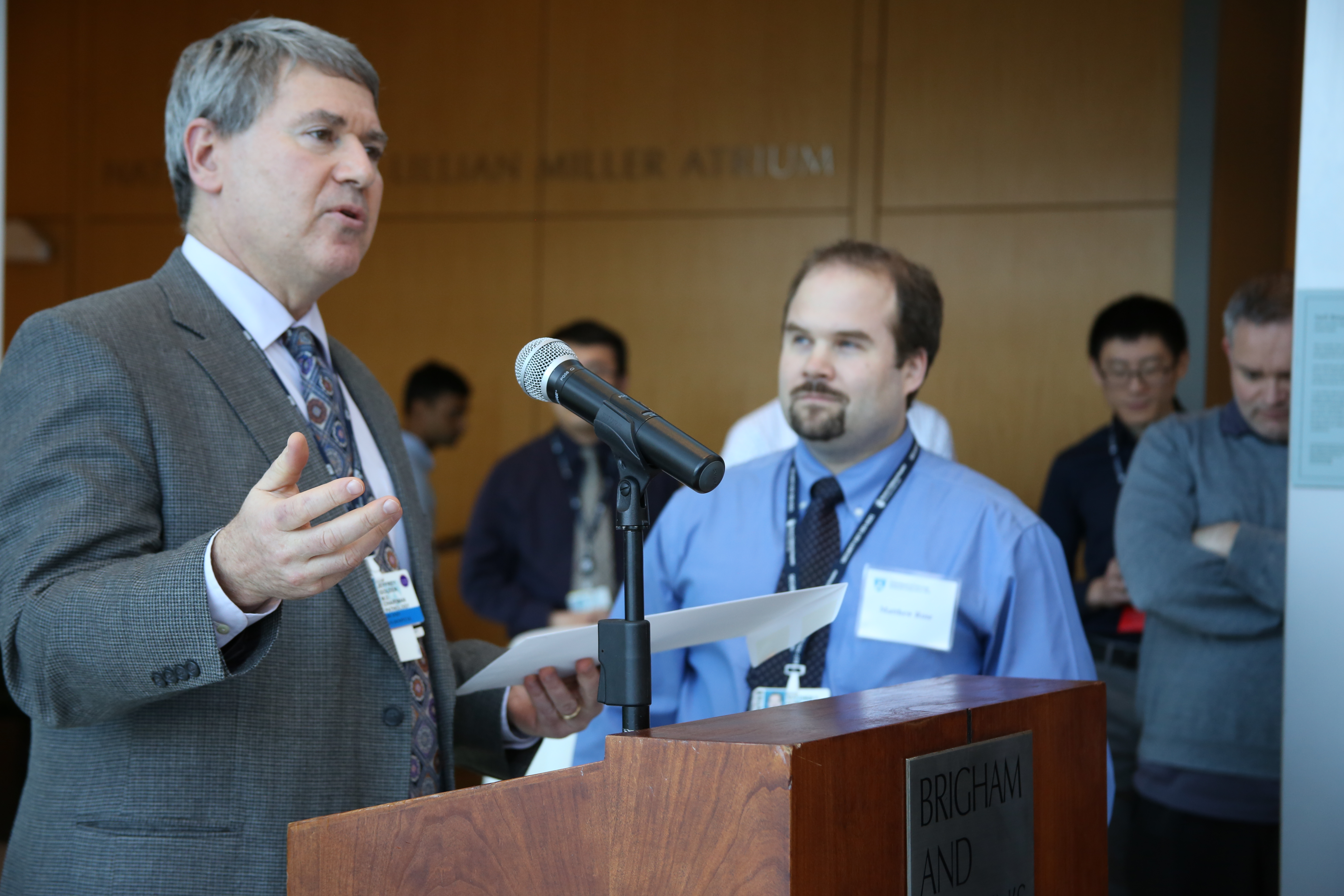 The Department of Pathology recognized several young investigators at its 10th annual research celebration for their basic, clinical and translational research being conducted both in the department and in collaboration with other departments. In total, more than 30 posters were presented at the April 15 event.

Dozens of clinicians and investigators gathered in the Miller Atrium to listen to Jeffrey Golden, MD, chairman of the Department of Pathology, as he announced the Posters of Distinction Awards, including the first to be chosen by using a crowd-sourcing app developed in the department specifically for scientific meetings.

The event is an exciting opportunity to recognize trainees and junior faculty, Golden said.

“The annual Department of Pathology Research Celebration accentuates the extraordinary depth and breadth of research that is conducted in our department each year,” he said. “Every year, I am awed and impressed by what is done in this tremendous department.”

“This was a remarkable showcase of the cutting-edge nature of the research activities ongoing in our department,” said Michael Gimbrone, MD, former department chairman and the director of the Center for Excellence in Vascular Biology.