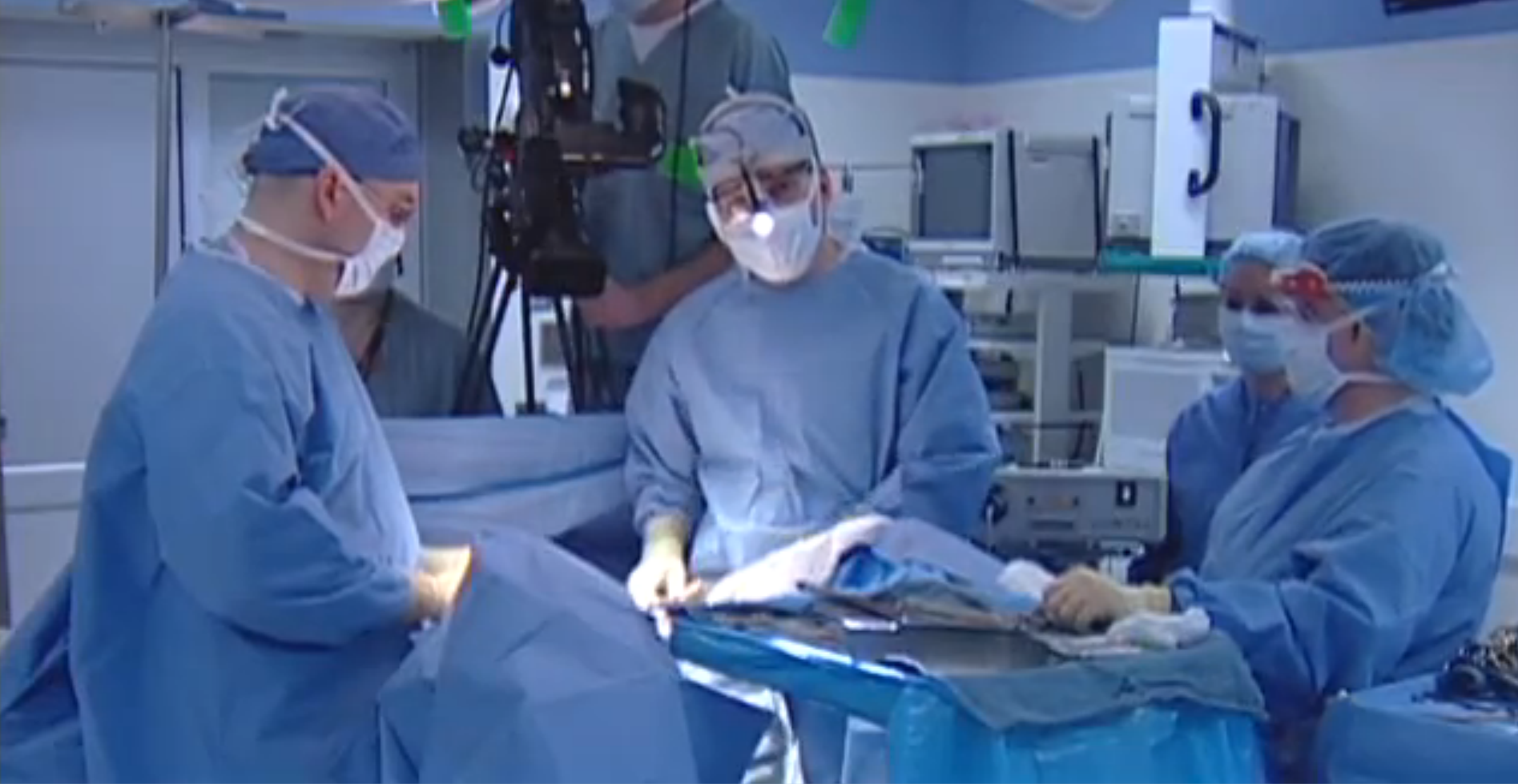 Members of the colorectal surgery team and others at BWH have seen major improvements in patient outcomes after implementing the “Enhanced Recovery After Surgery” protocol for various procedures.

Sometimes the biggest improvements begin with the smallest of changes.

Since the summer of 2014, a group of BWH anesthesiologists, surgeons, nurses and other staff involved in colorectal surgery and recovery have come together to implement an “Enhanced Recovery After Surgery” (ERAS) protocol. The protocol’s seemingly small changes—such as giving patients a carbohydrate-rich drink before surgery, precisely managing fluid delivery during surgery and mobilizing the patient sooner—have added up to major improvements in patient outcomes and quality of life.

Patients who are on the ERAS pathway have lower rates of complications after surgery. Cardiac events have dropped by as much as 90 percent, while surgical site infections have fallen by 66 percent. Patients are well enough to leave the hospital an average of two days earlier than their counterparts.

“The results we’ve seen are phenomenal,” said Ron Bleday, MD, section chief of the Division of Colorectal Surgery. “As clinicians, it’s encouraging to see our patients benefiting from these changes. This is good for us and for our patients—everyone wins.”

Achieving these outcomes is what makes the work so rewarding, said Matthias Stopfkuchen-Evans, MD, of the Department of Anesthesiology, Perioperative and Pain Medicine.

“Anesthesiologists often fly under the radar, but with ERAS, we see the tremendous effect that we can have on patients’ outcomes,” Stopfkuchen-Evans said.

He and Bleday came together in 2012 to discuss how to reduce complications after surgery, with Stopfkuchen-Evans sharing ideas he had heard at a conference about how anesthesiologists could help ease recovery for patients. Bleday had ideas about reducing IV fluids delivered during surgery to help improve patient outcomes, and the two began to implement the ERAS protocol for colorectal surgery. BWH is among just a few academic medical centers in the nation implementing this protocol for various procedures.

Putting the Ideas into Practice

Nurse educators Sarah Thompson, MSN, RN, of Tower 15CD, and Elizabeth Doane, MSN, RN, of 15AB, were involved from the start. Along with Lauren Wolf, MSN, RN, of the Post Anesthesia Care Unit, and nurse practitioners from the Weiner Center, they developed a checklist to keep track of multi-disciplinary responsibilities that span preoperative, perioperative and postoperative care.

Patients first hear about ERAS at their surgeon’s office and receive additional information during their preoperative visit at the Weiner Center. One aspect of the pathway that usually pleasantly surprises patients is that instead of fasting for 12 hours before surgery, they are given a clear liquid drink that is rich in nourishing carbohydrates and electrolytes. After surgery, patients report less nausea and vomiting. The carbohydrate drink also reduces metabolic stress, which helps speed recovery.

During surgery, the amount of IV fluid an anesthesiologist administers is carefully calibrated using a doppler monitor that helps tailor fluid replacement to each patient. Too much fluid can lead patients to gain more than the average of 4.4 pounds, causing them to feel bloated and waterlogged. This may also lead to complications and slower recovery.

After surgery, patients are supported while they sit up in bed and dangle their feet over the edge of the bed. They are given sips of water and can often advance to a regular diet on their first day after surgery. They also receive gum, as chewing it prepares the gastrointestinal track to digest food.

The ERAS team engages patients in their recovery process and recommends they keep a log (in addition to what the clinical team documents) of what they are eating and drinking and their pain level. “Our patients feel so good so fast that they are sometimes surprised when we tell them they are well enough to leave—the log helps them to see the progress they are making,” Wolf said.

ERAS began on a trial basis with 40 elective surgery patients, increasing to 70 as the team started to see promising results. The team compared their recovery to that of patients who had received similar colorectal surgeries prior to ERAS.

“After the first 70 patients, we saw a decrease in the length of stay by one-and-a-half days. Their bowel woke up a day to a day-and-a-half faster so that they were eating a regular diet. Surgical site infections and cardiac complications dropped by two-thirds,” said Bleday.

Bleday described the science behind these impressive results: Administering less fluid means less swelling, allowing the immune system to get to the site of a wound faster and promote healing. Extra fluid can also put stress on a person’s heart, sometimes leading to arrhythmias. Decreasing the fluid administered during an operation can avoid placing this stress on the patient.

All colorectal surgery patients are now on the ERAS protocol.

“ERAS is all about applying evidence to what we do every day, and there’s so much we stand to gain from that,” said Stopfkuchen-Evans. “We’ve been able to bring different disciplines together to put this into place, and that kind of collaboration is what we’ll need to continue expanding the practice of ERAS at the hospital.”

Urology began implementing ERAS about a year ago for patients undergoing radical cystectomy and urinary diversion (the removal of the bladder) for bladder cancer. This is a procedure commonly associated with long hospital stays, primarily due to delayed bowel function. Mark Preston, MD, MPH, of Urology, says that his team began seeing dramatic reductions in length-of-stay of approximately two days for these patients after beginning the ERAS protocol.

“ERAS helps patients to heal faster and may decrease the risk for infections, fluid overload and cardiac complications,” he said.

Expanding and adapting this approach for other surgical patients is the next step—and hospital leaders are working hard to make it happen. With the support of the Department of Quality and Safety, other teams are already adopting ERAS-inspired pathways, including Gynecology Oncology, Surgical Oncology, Plastic Surgery and Trauma. These teams are piloting the pathway for certain procedures, with a goal of expanding it to others once they’ve seen some initial success.