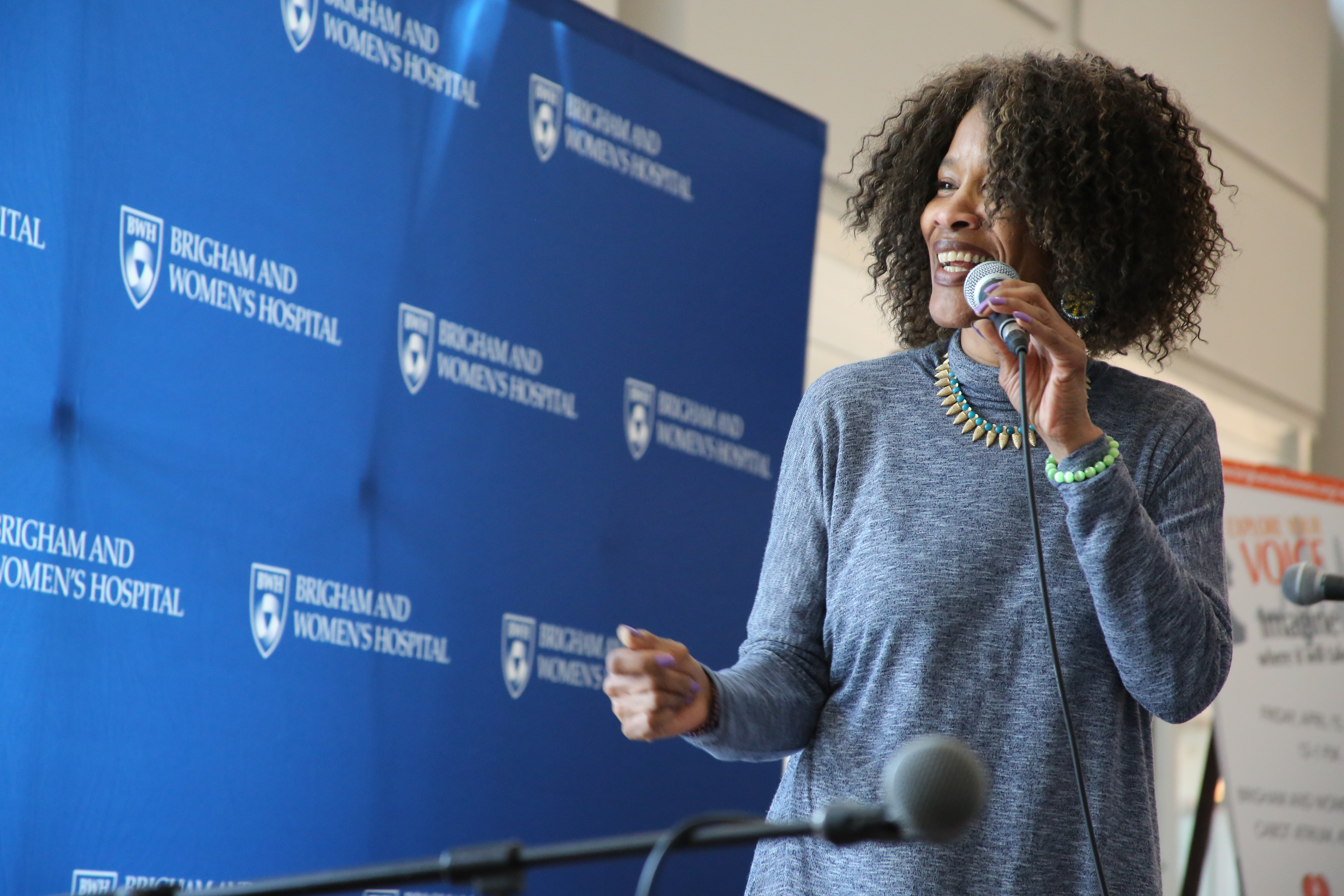 On April 15, singers from BWH’s Division of Otolaryngology and guest musicians treated employees, patients, families and visitors to a concert in honor of World Voice Day, an annual celebration held in April.

The concert, held in the Cabot Atrium, included a range of performances, showcasing popular songs from well-known singers and performers, classical operatic pieces and even an original song.

Intuition, an all-female barbershop quartet consisting of Kelly Winnick, Dianne Nitzschke, Susan Kapur and Jen Winston, one of the Voice Program’s speech-language pathologists, sang in the hospital’s lobbies beforehand to drum up attention for the main event. The group kicked off one of the mini-concerts with a performance of “Somewhere over the Rainbow,” followed by the barbershop song “The Moment I Saw Your Eyes.” The group ended their set with “You Are My Sunshine,” drawing in a crowd of patients and employees.

Listen to Intuition perform “You Are My Sunshine”

At the main event, with support from the BWH Lung Center, soul and jazz singer Wanetta Jackson, of Jazz Boston, performed two Stevie Wonder songs while the crowd clapped along. Jessica Taylor, MM, an administrative assistant for the Voice Program, and Chandler Thompson, DMA, MS, CCC-SLP, voice specialist and coordinator of Voice Services, followed her act, singing the “Flower Duet” from the opera Lakme. Shannon Corey, a local pianist and singer songwriter, performed three songs, including the Irving Berlin classic “Cheek to Cheek,” which prompted a few couples to begin dancing. For the grand finale, all members of the Voice Program, including Co-Director Jayme Dowdall, MD, took to the stage for a group rendition of “One Voice,” encouraging the crowd to sing along.

Although the day was celebrated through music, it also served as an opportunity for the Division of Otolaryngology to highlight the importance of its work in protecting the human voice from harm and rehabilitating the injured voice. The Voice Program at BWH helps to address vocal issues by providing expert care and diagnosis and innovative therapies for a range of voice, swallowing and laryngeal breathing disorders, including chronic cough.

2 Responses to “Music Echoes in BWH on World Voice Day”