Nearly 15 years ago, David Baker’s uncle Lennie Baker—saxophonist for the doo-wop rock group Sha Na Na—lost kidney function due to diabetes and was put on dialysis. When David learned that his uncle needed a kidney transplant and that he was a match, he decided to donate his own kidney, giving his uncle more than a decade more of life.

Though he originally joined BWH’s Life.Giving.Breakthroughs. Marathon Team to honor his uncle, David is now running the Boston Marathon on April 18 in memory of Lennie, who passed away earlier this year.

“I run to honor my uncle and to show appreciation for the gift of life that BWH gave to him,” said David, of Hanson, Mass. “The doctors and all of the staff at BWH are miracle workers. As I run, I will be thinking of their hard work and all of the amazing memories I have of my uncle. I look forward to continuing to push my personal limits while assisting BWH in pushing the limits of medicine.” 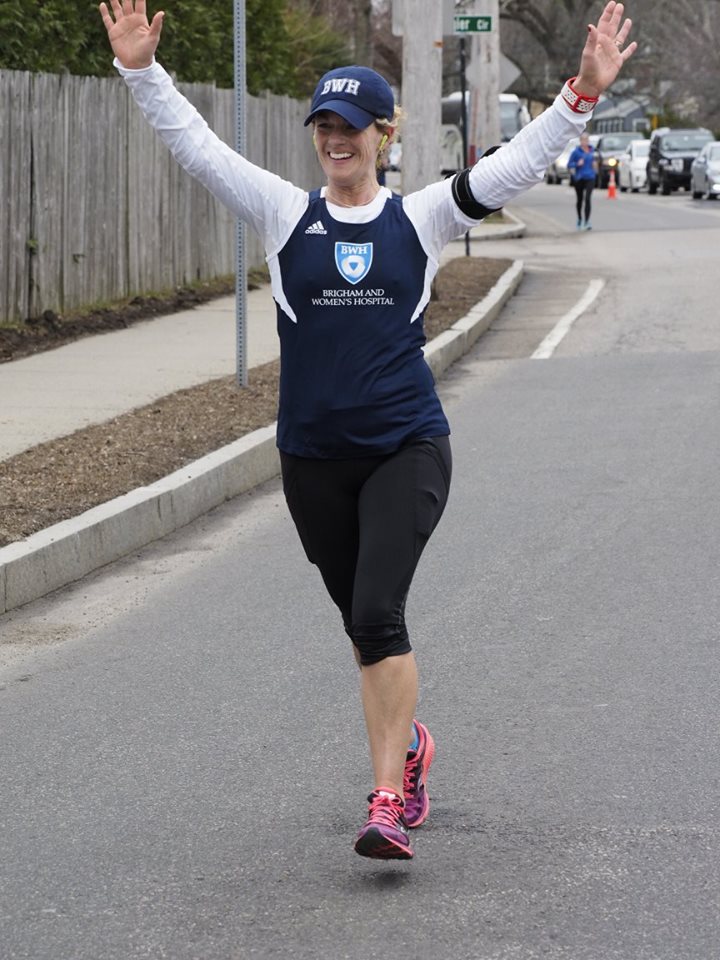 Many runners decide to join one of the BWH Marathon teams to honor a loved one. Kelly Laws, RN, another member of BWH’s Life.Giving.Breakthroughs. Marathon Team, is running for those close to her heart: her mother-in-law, who passed away last Marathon Monday, and her patients in BWH’s Medical Intensive Care Unit (MICU). The Boston Marathon will be Laws’s seventh marathon and third time running Boston.

Laws says that many of her patients suffer from interstitial lung disease—a large group of disorders that involve progressive scarring of the lung tissue that supports the air sacs.

“Without a lung transplant, these patients must be on oxygen in the hospital or at home,” said Laws, who lives in Somerville. “These patients can’t breathe on their own, so I thought that I could run for them since they cannot run for themselves.”

In addition to thinking of her patients as she runs, Laws says she looks forward to taking in the experience and enjoying the race with her fellow Marathon team members.

To learn more about the BWH Marathon Program, visit BWHMarathonProgram.org.