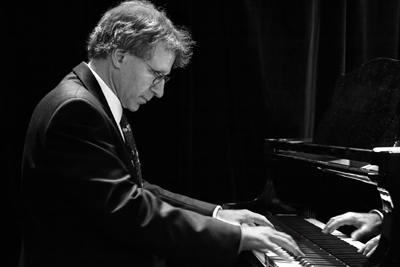 BWH’s Michael Charness, MD, was playing in a piano trio in San Francisco nearly 35 years ago when he noticed some trouble controlling his hand. As a neurologist, he eventually discovered the root of the problem; his excessive playing caused him to develop cubital tunnel syndrome, a condition in which the ulnar nerve, or “funny bone,” becomes pinched, causing hand weakness, numbness or tingling.

Pinched nerves resulting in carpal tunnel or cubital tunnel syndrome are common among musicians, Charness says, and sprains and strains from repetitive use can lead to bigger issues like tendonitis. While surgery fixed his problem and allowed him to return to the piano bench, Charness realized there weren’t many resources available to musicians on how to avoid or treat injuries while playing their instruments.

“At the time when I was starting to see musicians as patients, a survey showed that about 75 percent of symphony orchestra musicians had to take time off because of an injury,” said Charness. “That was a wake-up call to me that this was a prevalent problem.”

When Charness moved to Boston and joined BWH in 1989, he established the Performing Arts Clinic in the Department of Neurology. The clinic, which meets on Saturdays, provides highly specialized evaluation and care for musicians with performance-related injuries and disorders. Although Charness primarily treats pianists, string players and guitarists, he’s seen a wide variety of other types of musicians, ranging from bagpipe players to someone who plays the charango, a tiny guitar made from an armadillo shell. Most patients who come to his clinic show the same types of injuries—pain, numbness and tingling of the hands, wrists, shoulders or neck—most often resulting from overuse.

“Many musicians aren’t as mindful about taking breaks as runners, for example; I’ve seen musicians who sometimes play two to three hours in a row without taking a break,” Charness said. “Taking a five-minute break every 20 to 25 minutes would make a big difference.”

Charness always asks patients to bring their instruments to clinic appointments so he can observe their technique and see the instruments in action; a piano is also available close by. Before suggesting surgery, Charness sees what changes can be made to the instrument to prevent the injury from recurring. If the best option is to stop playing, Charness will help map out a therapy schedule, as well as an idea of when the patient can begin to play again.

Music has been a part of Charness’s life since he started playing piano as a 10-year-old. After playing in a piano trio, Charness married a professional musician and raised children who all play instruments. The family once played between 15 and 20 concerts each year. Although his children are now grown and busy with their own lives, Charness and his wife continue to perform together.

“I think performing arts clinics do better when the practitioners who are treating musicians are musicians themselves,” he said. “Not only do they understand something about the mechanics of playing and the demands that are placed on musicians, but they also understand the loss when a musician can’t play—where they risk losing not only their livelihood, but also what makes their lives rich.”