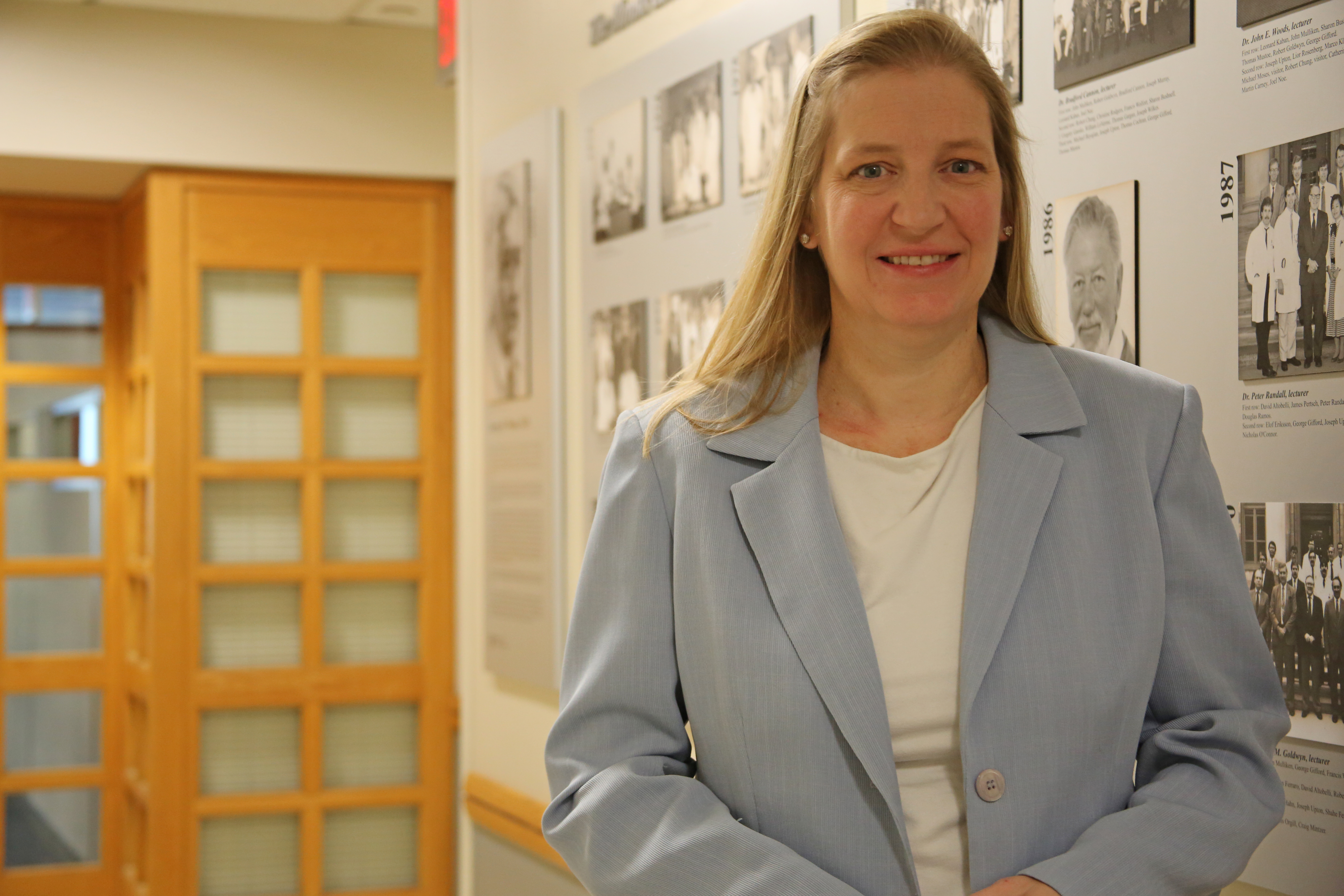 BWH plastic surgeon Stephanie Caterson, MD, originally went to medical school with the goal of becoming an astronaut. She studied aerospace engineering in college and graduate school, but it wasn’t until medical school that she discovered that she loved medicine and surgery as well—so much so that she went on to a residency in general surgery.

“Many astronauts who are physicians don’t actually complete a residency program,” said Caterson. “They graduate from medical school and then go straight to the astronaut program. But I felt like I wouldn’t be an effective astronaut or physician if I didn’t do a residency because that’s where you learn how to really be a doctor. Medical school is like learning a new language, but residency is when you submerge yourself in a new country and become fluent.”

During her residency, Caterson met an inspiring plastic surgeon who divided his time between reconstruction and cosmetic surgery and encouraged her to specialize in plastics.

“I thought it was amazing that a woman with breast cancer could fall asleep for a mastectomy [the surgical removal of one or both breasts] and wake up with a full breast reconstruction,” said Caterson. “It was such a silver lining.”

Plastic surgery and the path of an astronaut did not align, so Caterson decided to apply for a plastics fellowship and the astronaut program after her general surgery residency and see what transpired. A few months before Caterson started her astronaut program application, NASA closed the program due to a shuttle disaster. So she continued her path to plastic surgery, which would include a microsurgical breast reconstruction fellowship.

Since joining BWH in 2007, Caterson has been a champion of new options for breast cancer patients seeking breast reconstruction. She began the hospital’s deep inferior epigastric perforator (DIEP) flap program, which marked its 1,000th procedure late last year. In 2009, plastic surgeon Matthew Carty, MD, joined the team, and he and Caterson have since done the majority of DIEP flaps together.

“It’s a complex operation, and it’s very different than most plastic surgery procedures,” said Caterson. “There are always two attending surgeons in the room working on different areas of the body; it’s almost two separate operations that meld together.”

The DIEP flap procedure uses a patient’s abdominal tissue—skin, fat and blood vessels, which together are called a “flap”—to create a new breast after a mastectomy. It is the most common type of flap procedure performed at BWH. The flap is transferred to the chest, where the surgeon, aided by a microscope, attaches the tissue’s blood vessels to the chest blood vessels and reconstructs the breast.

The biggest difference between DIEP flaps and other types of flaps, such as transverse rectus abdominis (TRAM) flaps, is that the DIEP flap preserves the patient’s abdominal muscle, and in turn, abdominal strength. The procedure also lessens the likelihood of a hernia, shortens recovery time and produces a more natural-looking breast and slimmer appearance of the stomach.

A Deeper Look at the DIEP Flap Team

For the first few years after Carty joined the DIEP flap team, he and Caterson performed about 100 DIEP flaps per year. In 2012, former BWH resident Jessica Erdmann-Sager, MD, came back to the Brigham after completing a fellowship in breast microsurgery, and in 2013, Eric Halvorson, MD, another expert in breast microsurgery, joined the team, doubling its capacity to perform these intensive surgeries.

“Between the four of us, we have been able to ramp up the program, and now we’re doing more than 200 flaps a year,” said Caterson. “The Brigham has been very supportive of us and of this procedure for patients.”

Caterson is quick to emphasize that the success of her program is a team effort and the superior results could not be delivered by one person alone. From preoperative evaluation to postoperative care, the DIEP flap team includes staff from the Weiner Center for Preoperative Evaluation, Department of Surgery, Department of Anesthesiology, Perioperative and Pain Medicine, Operating Room and floor nurses, scrub techs, coordinators, residents, nurse practitioners, physician assistants, physical therapists and more recently, Radiology staff. Caterson has been working with Radiology resident Tatiana Kelil, MD, who is using CT volumetric imaging and 3-D printing to improve breast reconstruction. Using CT images, a model of the patient’s healthy breast can be 3-D printed and used in the OR as a cutting guide to help reshape and contour the tissue flap.

“Residents are an essential part of these complex microsurgical cases, so there is a huge opportunity for teaching in a controlled environment, which I love,” said Caterson, who started a microsurgery skills lab for residents several years ago. “Residents in most other plastic surgery programs who are interested in offering DIEP flaps usually go on to a microsurgery fellowship. However, due to BWH’s high DIEP flap volume, our residents are able to take that skill and perform DIEP flaps right after graduating from residency.”

Keeping Patients at the Forefront

Caterson says that her patients continue to motivate and inspire her as she performs the delicate and complex DIEP flap procedure, which has an average recovery time of six weeks.

“They are women who have been through the devastation of breast cancer, and we have the privilege of helping them feel whole again,” said Caterson, who sees each of her DIEP flap patients at least once per year for follow-up. “I’m grateful that they put their lives in our hands. We make every decision based on the questions, ‘What care would I want a loved one to receive?’ and ‘What is the safest approach for each individual patient?’ Our entire DIEP flap team has this same approach, which gives our patients the highest quality of care.”