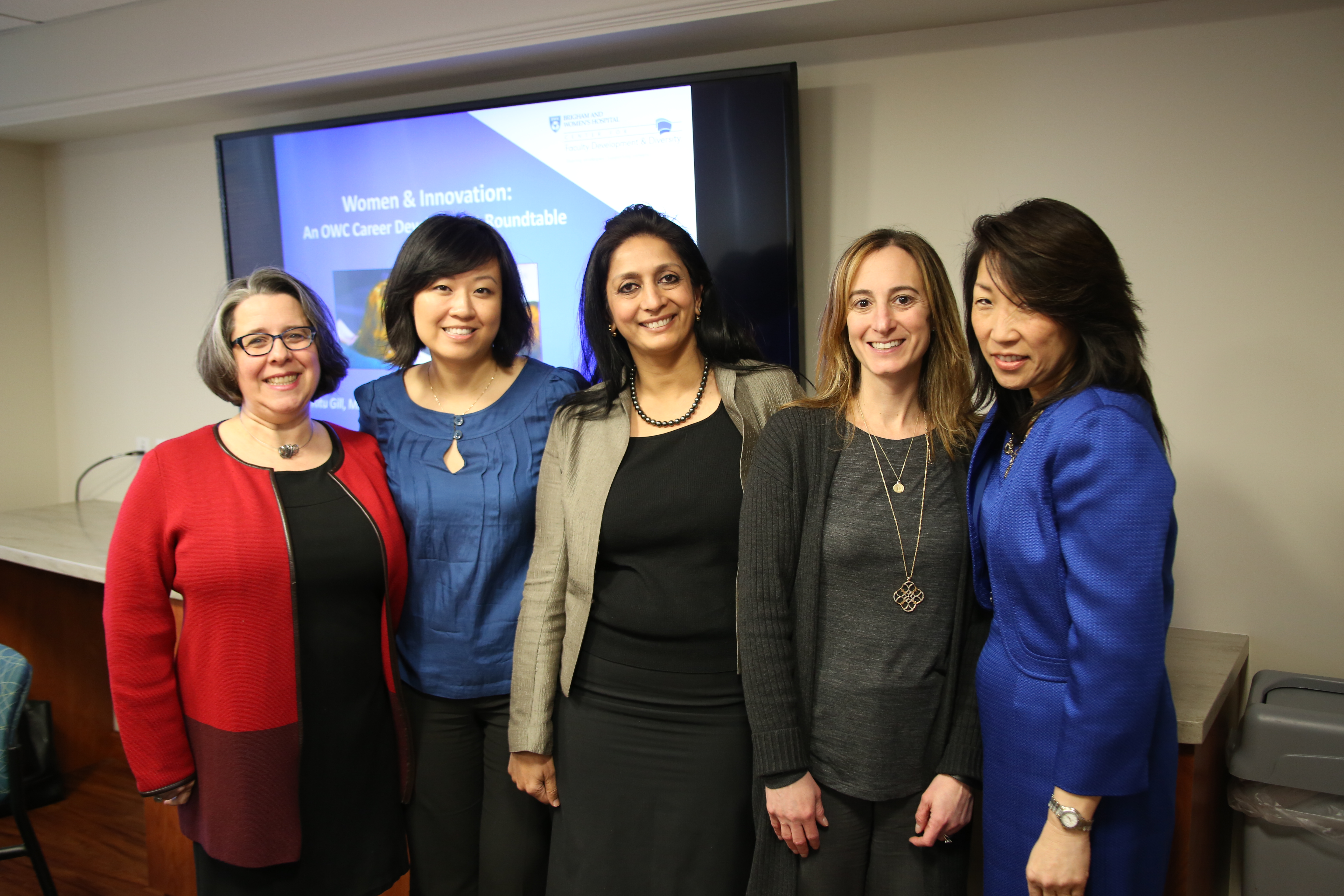 At a recent panel discussion featuring female physician innovators, Esther Rhei, MD, a breast surgical oncologist at BWH and the Dana-Farber Cancer Institute, said she considers herself a newcomer to innovation. As medical director of the BWH Breast Center, one of Rhei’s greatest challenges has involved discussions with patients about what their breasts will look like after certain types of surgeries since it’s impossible for patients to truly envision how they would look post-surgery. Rhei wanted her patients to have this knowledge in making such an important decision.

Rhei pitched the problem to provide a way for patients to envision their bodies post-surgery at a Brigham Innovation Hub (Brigham iHub) Surgery Innovation Series event in 2014. The Brigham iHub team is now working with Rhei to create a database solution.

“You don’t have to be a longtime innovator or know everything about putting an idea into practice to get the ball rolling,” Rhei said. “Lesley Solomon and her team supported this idea every step of the way.”

As part of its seminar series, the Center for Faculty Development & Diversity’s Office for Women’s Careers (OWC) hosted the discussion, which was moderated by Kathryn Rexrode, MD, MPH, faculty director of the OWC.

Solomon, executive director of Brigham iHub, offered tips for success in entrepreneurship and spoke about the benefits of working with Brigham iHub.

Solomon said that in a 2013 Brigham iHub survey, 72 percent of clinicians stated that they had health care improvement ideas but didn’t take steps to move those ideas forward due to funding, time and lack of clarity on next steps.

“In developing Brigham iHub, we realized that we needed to create a support structure so that people knew where to go when they had an idea,” Solomon said. “Our vision is to disrupt traditional medicine, reinvent health care and unleash your knowledge and expertise so that we can foster innovation at all stages.”

During the panel, Gill, who is currently working on developing a tool to identify and characterize actionable lung nodules—small masses of tissue in the lung that are sometimes cancerous—told attendees to think big and never underestimate themselves.

“The word ‘impossible’ is not in my dictionary,” she said. “If a problem comes up, I figure out a way to tackle it. I encourage all of you to think outside of the box and believe that anything is possible.”