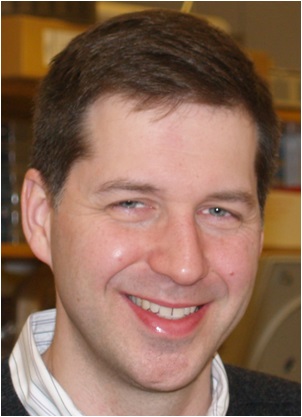 A team of investigators at BWH and the National Institute of Neurological Disorders and Stroke (NINDS) has launched a study of individuals at risk for multiple sclerosis (MS), called the Genes and Environment in Multiple Sclerosis (GEMS) project. By focusing on first-degree family members of MS patients, researchers seek to better understand the sequence of events that leads some people to develop the disease. Their work also sets the stage for developing and testing interventions that may block the onset of MS.

“Early detection of MS means the possibility of earlier treatment, which could delay the accumulation of disability,” said co-senior author Phil De Jager, MD, PhD, who directs the Program in Translational NeuroPsychiatric Genomics at the Ann Romney Center for Neurologic Diseases at BWH. “Our long-term goal is to map out the sequence of events from health to disease in order to identify and intervene early in individuals at high risk for MS.”

The GEMS study leverages the outreach efforts of patient advocacy groups such as the National Multiple Sclerosis Society, social media such as Facebook and electronic communication to recruit first-degree relatives (parent, sibling or child) of people who have been diagnosed with MS. More than 2,600 family members have been recruited from across the U.S. Family members can interact with the study through its Facebook page, where updates on the project and MS-related news are shared. The study, which will ultimately enroll 5,000 first-degree relatives, will continue for the next 20 years.

“This first report from the GEMS study is important because it shows that we can recruit the large number of family members that is necessary to perform a well-powered study of MS risk factors,” said lead author Zongqi Xia, MD, PhD, of the Department of Neurology.

Upon enrollment in the study, participants completed a web-based questionnaire about their medical and family histories, environmental exposures and more. Participants also submitted a saliva sample for DNA extraction.

Although first-degree relatives are 20 to 40 times more likely to develop MS than the general population, their risk is still low; researchers estimate that of 10,000 first-degree relatives, only about 62 will be diagnosed with MS over five years. Having a means to predict who is most at risk for developing MS not only provides an opportunity for early intervention, but also makes clinical trials for new treatments more feasible since the incidence of MS is low in the general population.

In their preliminary analysis, researchers tested a method to calculate an individual’s risk of MS and identified a subset of family members that may have a higher risk of developing MS than the average family member. This risk score could help design long-term studies of higher-risk individuals.

“This report is an important first step,” said De Jager. “We do not yet have a tool that we can use clinically to predict MS. To develop such tools and a platform for testing strategies to prevent the disease altogether, we are expanding GEMS into a larger collaborative study that will accelerate the progress of discovery and bring together a community of investigators to overcome this important challenge.

“Overall, the risk of MS remains very small for most family members,” said De Jager. “The most effective therapies for MS will ultimately be those that prevent its onset, as halting inflammation and disease progression is much more difficult once the disease has become established.”