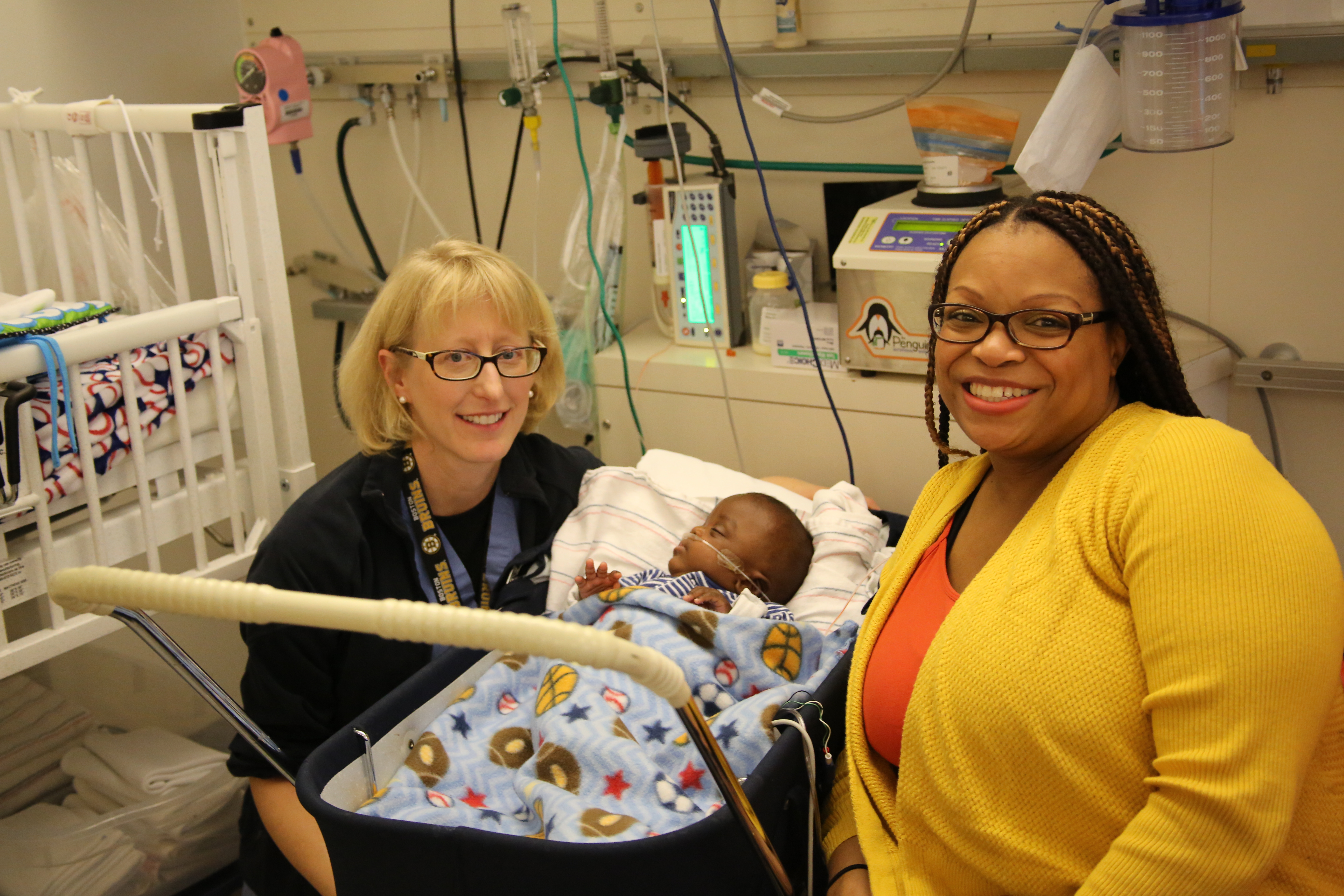 For 158 days last year, Toni Johnson-Lewis and her husband, Ron Lewis, made the NICU their home. Most of their days and nights were spent watching over their son, Noah, who was born prematurely at 22 weeks gestation, weighing less than a pound. Now, more than a month after Noah and his family headed home together, Johnson-Lewis said her son is making great strides.

“Noah had a 10-percent chance of survival,” said Johnson-Lewis, who works in Research Management for Partners HealthCare. “But he was a fighter and wanted to be here. We relied on our faith and never gave up hope that our miracle would make it through this. We’re excited he’s on the road to good health.”

Weighing more than 15 pounds now, Noah is being weaned off of supplemental oxygen, achieving milestones and “growing like a weed,” Johnson-Lewis said. He receives frequent visits from visiting nurses and specialists and sees doctors at Children’s Hospital Boston for weekly check-ups.

Baby Noah on the day of his discharge from BWH

While coming home and taking care of Noah on their own was a major adjustment, Johnson-Lewis and Lewis say they are grateful to the BWH NICU staff who educated them about caring for their medically fragile baby.

“We’ve received so much support from the NICU team since the first day Noah was there,” Johnson-Lewis said. “Many of Noah’s primary nurses have checked in on us since discharge to see how he’s doing and to make sure we know how to take care of him in every way. It’s a good feeling knowing they still care about him.” 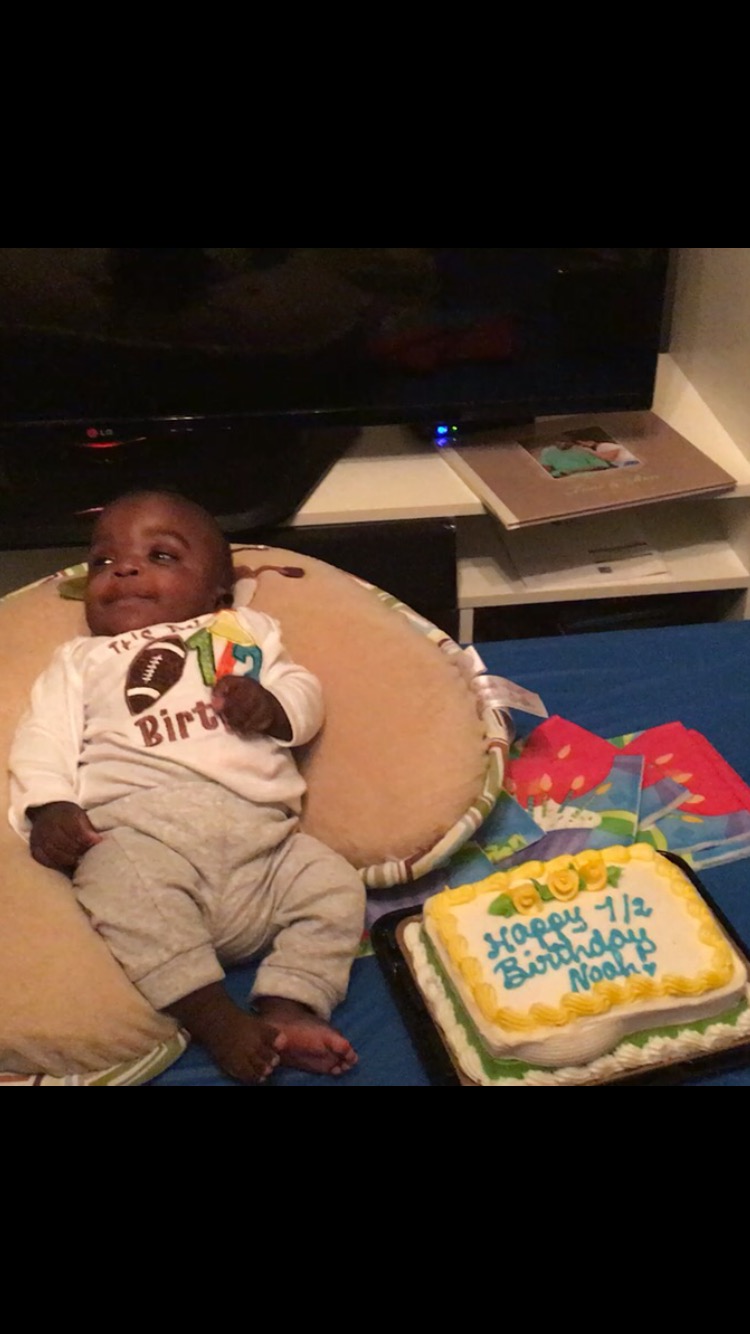 Noah at home, celebrating his half-birthday

Sandra Borgerson, RN, took care of Noah for the duration of his stay in the NICU and updated his parents about his progress as often as possible. She said it’s rewarding caring for babies during their most critical time in the NICU up through their discharge.

“It was a pleasure taking care of Noah and his family,” Borgerson said. “I look forward to seeing more photos and hearing updates on his progress.”

Earlier this month, the new parents celebrated Noah’s 6-month birthday with family and friends. Johnson-Lewis said it was wonderful to be able to mark this major milestone.

One exciting part of the family’s new routine at home is reading books to Noah each night before bed, a practice that started in the NICU, where staff encourage families to read to their babies daily through a new program called the Brigham Baby Academy. The goal of the reading program is to expose babies to a rich word environment to promote language acquisition and expression. Studies have shown that frequent exposure to meaningful auditory experiences reduces some of the stress of being in the NICU and aids in a child’s brain development. 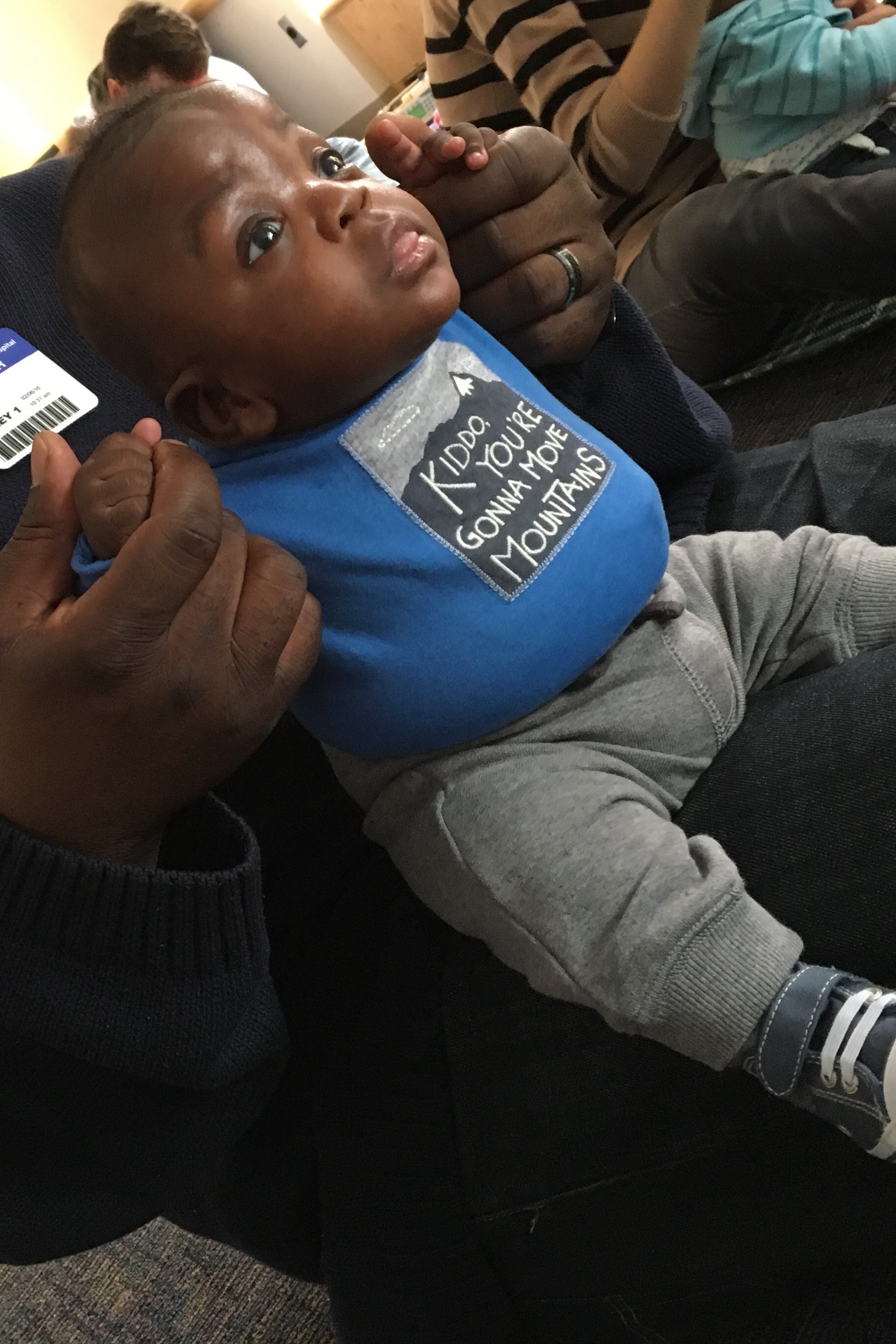 Carmina Erdei, MD, a neonatologist in the Department of Pediatric Newborn Medicine, said she feels fortunate to have had the opportunity to care for Noah and his family. During his stay in the NICU, Erdei often talked with Noah’s parents about the benefits of reading to their infant.

“It was a rollercoaster ride, with many ups and downs during the 158 days Noah spent with us, during which I had many opportunities to share happy moments, provide care and offer guidance during challenging times,” Erdei said. “I am delighted to hear that Noah is thriving and making great progress at home. Noah’s story is one of perseverance, dedication and faith, and I am grateful to him and his family for allowing me to be part of it.”