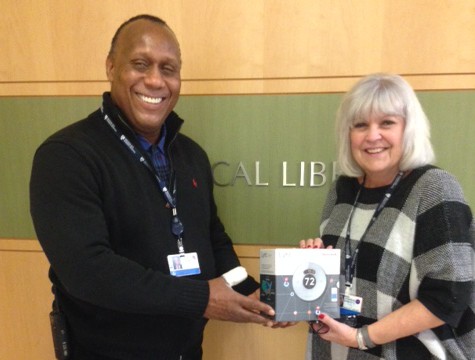 This past fall, BWH held its annual campaign for United Way of Massachusetts Bay and Merrimack Valley, raising a grand total of $206,215.

United Way improves the condition of the communities that BWH serves by focusing on three building blocks of strong, vibrant communities: ensuring that all families have the resources and opportunities to lift themselves out of poverty, preparing children to enter school ready to learn and succeed, and supporting youth to stay in school and realize positive options for their future.

Lisa Morrissey, MBA, BSN, RN, associate chief nurse of Perioperative Nursing and Procedure Areas, Stan Ashley, MD, chief medical officer, and Allen Smith, MD, MS, president of the Brigham and Women’s Physicians Organization, co-chaired the campaign, the theme of which was “BWH and United Way: United We Can.” Throughout the six-week campaign, donors won a host of raffle prizes, including a football signed by New England Patriots quarterback Tom Brady.

The co-chairs thanked the United Way committee and ambassadors who donated their time, describing them as a critical part to making the campaign a success.

Listen to what United Way means to BWHers in their own words below:

Judy Walls, of the BWH Medical Library, feels good knowing that her donations are helping children and families in need.

Stephen Moore, PhD, of Radiology, talks about the importance of donating to organizations that support the local community.

Luis Soto, director of Environmental and Central Transport Services, said it is a great feeling being able to help others.

Tao Harris, senior OR administrative assistant, and his colleagues donated funds from a Fitbit contest to the United Way.

Ellen Bergeron, MSN, RN, program director at the Center for Nursing Excellence, supports United Way because many of the programs support the physical, academic and emotional development of individuals of all ages.