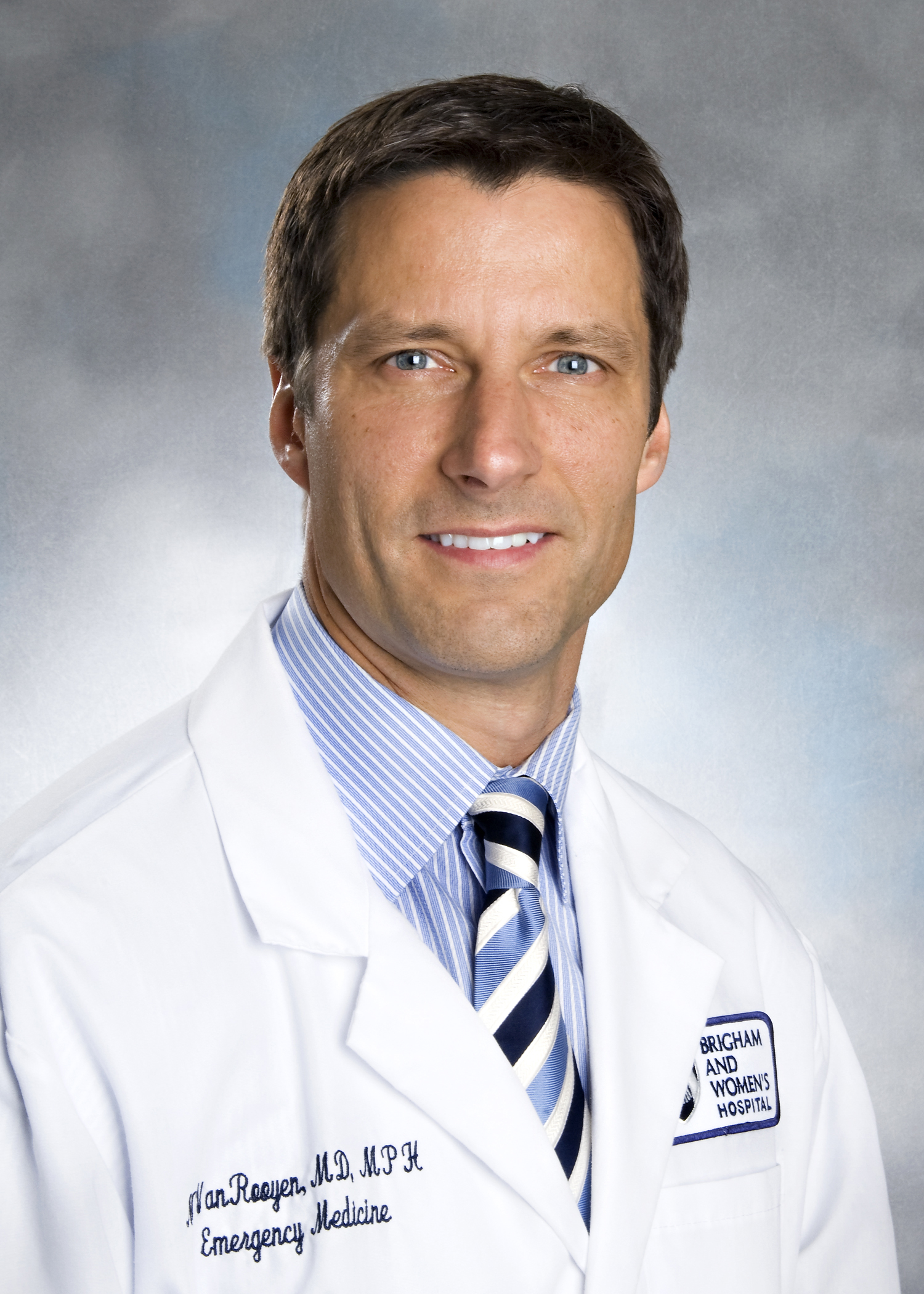 VanRooyen has been serving as interim chair since Jan. 1, 2015, when Ron M. Walls, MD, assumed the role of BWHC executive vice president and chief operating officer. As interim chair, VanRooyen and the Emergency Department (ED) team have launched several new initiatives, including the integration of Partners eCare, the expansion of global partnerships and the design of an expanded ED with a new Oncology Emergency Care Unit, a plan set for completion in 2017.

VanRooyen, who joined the Brigham in 2004 as an emergency medicine physician, is a professor of Emergency Medicine at Harvard Medical School and professor of Global Health at Harvard T.H. Chan School of Public Health. He co-founded and directs the Harvard Humanitarian Initiative (HHI), the largest academic and research center of its kind, focused on improving humanitarian strategies for relief in regions affected by war and disaster. He also founded and directs the Humanitarian Academy at Harvard (HAH), a Harvard-wide educational effort designed to advance humanitarian professionalism and develop the next generation of humanitarian leadership.

VanRooyen’s commitment to humanitarian work began long before he joined the Brigham family. Upon completing his residency in 1991, he began working with NGOs in conflict settings, such as Somalia, to advance emergency medical care. For the next two decades, he worked in some of the world’s most active conflict zones and disaster settings, including Sudan, Bosnia, Rwanda, North Korea, Iraq and Haiti. Through his work abroad, VanRooyen became further convinced that the field of humanitarian aid must create an evidence base and a professional pathway to advance quality and efficiency in the field.

“Dr. VanRooyen’s leadership and experience in the fields of global health and emergency medicine are unparalleled,” said Betsy Nabel, MD, BWHC president. “He is recognized by his colleagues as an outstanding leader with an unwavering commitment to emergency medicine, training the next generation of emergency medicine clinicians and providing superb compassionate care to patients and families. I look forward to a continued tradition of service to our mission in the department under his guidance.”

VanRooyen earned his MD from Wayne State University School of Medicine in Detroit and his MPH from the University of Illinois in Chicago.