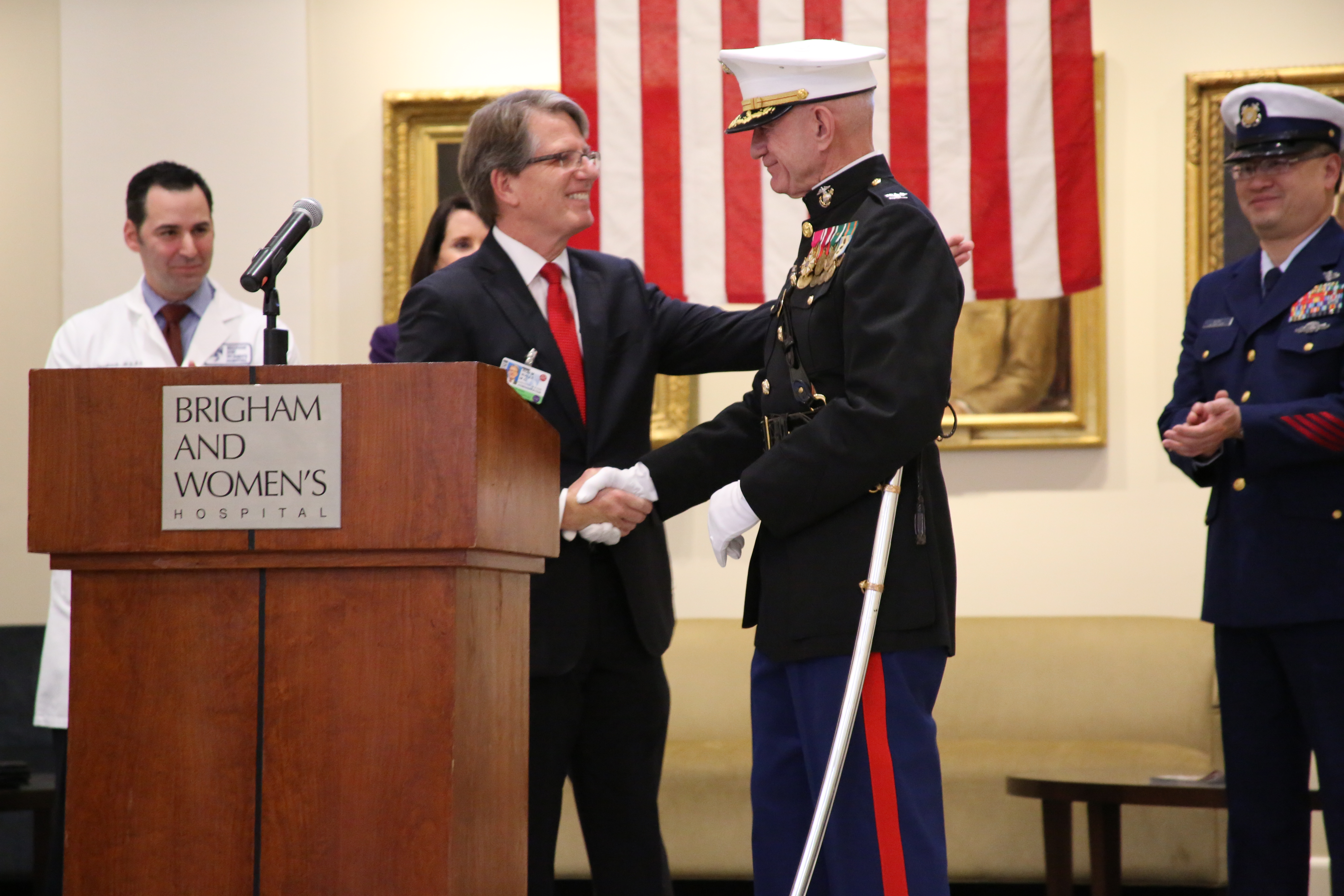 As is BWH’s annual tradition, members of the Brigham community paused on Veterans Day to honor America’s veterans and servicemen and women in active duty during a special ceremony in the 15 Francis St. lobby.

After the marching of the Color Guard and the playing of the national anthem, Navy veteran Eric Goralnick, MD, MS, medical director of Emergency Preparedness, and Navy veteran Andrew Miller, MD, of Anesthesiology, Perioperative and Pain Medicine, presented some of the many medical advances developed during the wars in Iraq and Afghanistan.

Ron M. Walls, MD, executive vice president and chief operating officer of BWHC, also spoke during the celebration, noting that Veterans Day is an opportunity to express gratitude to the veterans who work among us and all servicemen and women.

“The enormity of your sacrifices inspires us all,” he said. “Thank you for your courage, integrity and dedication to duty.”

Walls took a few minutes to honor BWH’s highest ranking veteran and celebration organizer Bob Donaghue, operations manager for Security and Parking and retired U.S. Marine Corps colonel, who is retiring in February after a 24-year career at BWH. A slideshow of photos of Donaghue and his colleagues played as Walls spoke.

“Bob is a role model for what we all should aspire to be,” said Walls. “He is an upstanding and honest man. He is helpful, loyal and committed. Bob embodies the values of the U.S. Marine Corps—courage, honor and commitment—here at BWH every day.”

Donaghue presented his sword to Walls and Erin McDonough, MBA, senior vice president and chief communication officer, for the final, and sweetest, part of the ceremony. Walls and McDonough used the sword to cut the first piece of BWH’s giant Veterans Day cake, another BWH tradition.

Hear Donaghue talk about what Veterans Day means to him:

View a photo gallery of the event.