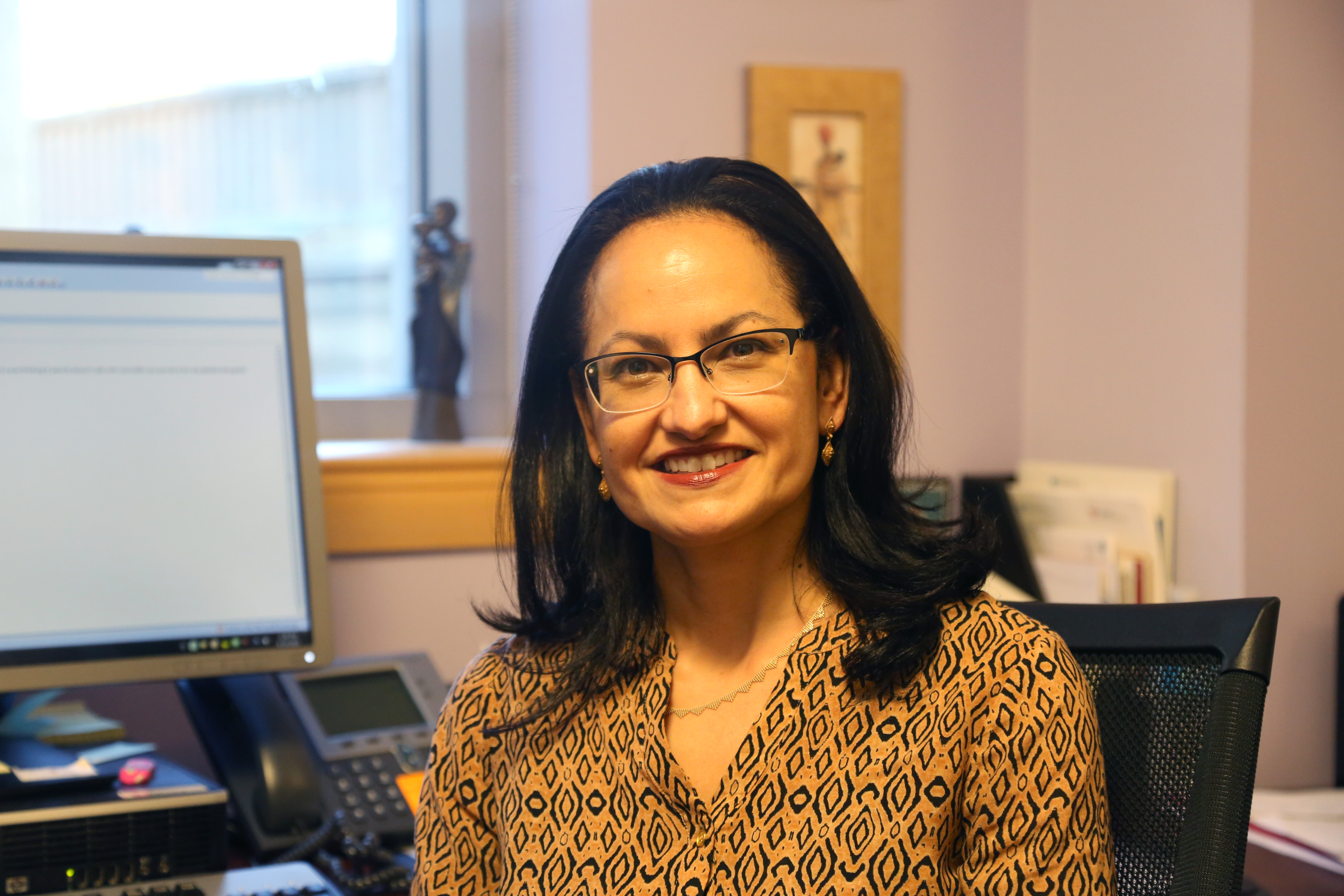 As director of the BWH Ambulatory Obstetrics Practice and founder of the African Women’s Health Center at BWH, Nawal Nour, MD, MPH, knows the importance of providing culturally competent care to each of her patients.

“Many of the women I see have received inadequate care in the past,” she said. “It’s our duty as physicians to listen to our patients and provide compassionate care. By doing so, we gain their trust, maintain their access to health care, serve their needs and improve their quality of life.”

Nour and her clinical team in the African Women’s Health Center, which was founded in 1999, provide culturally and linguistically appropriate obstetric, gynecologic and reproductive health care to African immigrants and refugees. The center, which Nour says is “filled with beautiful colors” from the traditional African gowns and veils that many of its patients wear, is the first and only health practice in the U.S. that focuses on issues related to female genital mutilation/cutting, a practice Nour has devoted her career to researching.

Born in Sudan and raised in Egypt and England, Nour has spoken at many academic and national conferences regarding the medical management of women who have undergone this practice, which includes procedures that intentionally alter or injure the female genital organs for non-medical reasons. The practice has no health benefits and can cause severe bleeding, problems urinating, cysts, infections, infertility and complications in childbirth. According to the World Health Organization (WHO), more than 125 million girls and women alive today have undergone this practice in Africa and the Middle East, where female genital mutilation/cutting most often occurs. The practice is perpetuated because of cultural, not religious, beliefs.

Nour has also traveled throughout the U.S. to conduct workshops to educate African refugees and immigrants about the medical complications and legal issues of female genital mutilation/cutting.

Most recently, she has been working with WHO to publish recommendations that will help identify gaps in female genital mutilation/cutting research and the types of guidelines that are set for health providers in Africa and the Middle East who are performing the practice. She anticipates that the recommendations will be published soon.

“From a clinical perspective, we are trying to educate as many people as possible, especially physicians,” Nour said. “The practice is a violation of the human rights of girls and women, and those affected suffer long-term complications and require sensitive care. We need to create a safe haven for those who have undergone the practice and ensure that this practice is eradicated.”

Nour has also worked with the American College of Obstetricians and Gynecologists (ACOG) to create recommendations on how to provide culturally competent clinical care to women who have undergone female genital mutilation/cutting. These recommendations have been used nationwide and in Canada.

She says there has been more national attention focused on younger children who are at risk of female genital mutilation/cutting. Some women and girls living in the U.S. are being taken to their native countries in order to undergo the practice. These trips abroad are sometimes referred to as “vacation cutting.”

Nour joined Senate Minority Leader Harry Reid, Sen. Elizabeth Warren, Sandra Carson, MD, ACOG vice president for education, and key advocates in Washington, D.C., this past summer to discuss what is being done to fight vacation cutting and female genital mutilation/cutting in general across the globe.

“We do not know the scope of the problem with vacation cutting, but it’s time we investigate how widespread this issue is,” Nour said. “We need to advocate for families and protect the women and girls who are at risk.”