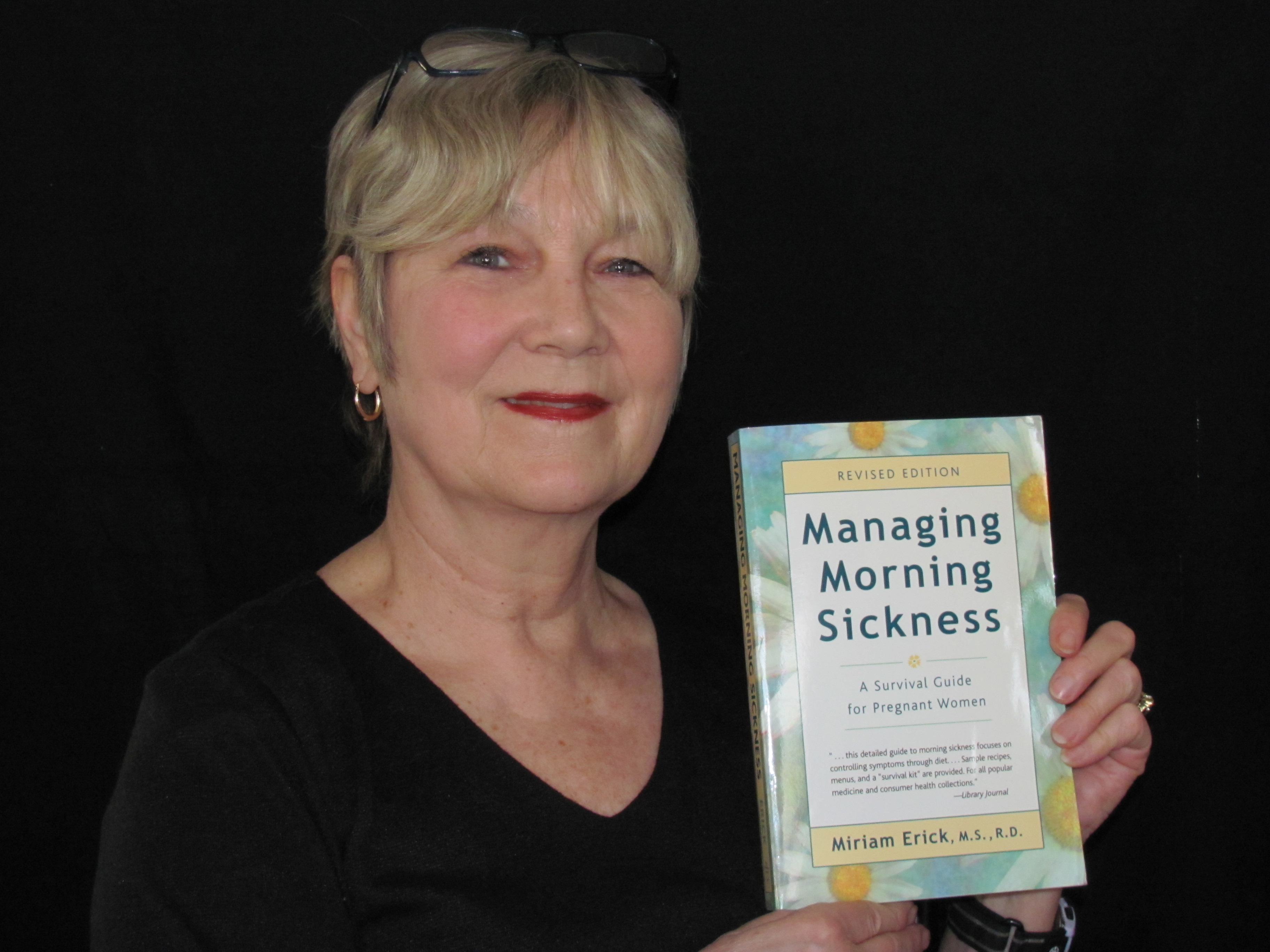 With humor, patience and extensive knowledge of both nutrition and women’s health, dietician Miriam Erick, MS, RD, CDE, helps expectant mothers navigate one of the most common challenges of pregnancy: morning sickness.

Every Wednesday, Erick meets with pregnant patients at her Morning Sickness Nutrition Clinic. Together they talk through a variety of factors that may cause nausea, as well as warning signs of a worsening condition. Erick remains in contact with these patients and their other BWH physicians to monitor their health over time, focusing on weight changes and food intake.

“Nausea is an invisible ailment that is difficult to measure,” she said. “In 1891, it was considered psychological, and I think in some ways that mindset has stuck. In my opinion, many women don’t get the sympathy they need. Women who are ill have a hard time keeping up their nutrition, so it’s really important that family members and friends offer support.”

Malnutrition and consequential weight loss, as well as dehydration, are the risks Erick works to reduce before they become dangerous to both mother and baby. Malnourishment decreases major body organ function, and expectant mothers who don’t gain the needed weight during pregnancy can increase their risk for complications such as pre-term delivery or smaller babies. Adequate nutrition is also essential to maintain a mother’s immune system.

“When a woman suffers from nausea and vomiting, she is being robbed of the excitement and fun of impending motherhood,” Erick said. “Losing weight, not eating and not sleeping are also a setup for depression and poor pregnancy outcomes.”

Although the severity varies, morning sickness is a universal problem, affecting 50 to 90 percent of pregnant women. Although most see symptoms fade after week 17, some experience morning sickness through the entirety of their pregnancy. About 1 to 3 percent of U.S. women have very severe morning sickness, known as hyperemesis gravidarum (HG), with an estimated 60,000 women being hospitalized each year due to its symptoms.

Erick took an interest in obstetric health early in her training. She noticed the large number of women suffering from morning sickness, and in 1999, officially started the clinic as a joint initiative between Nutrition and the Department of Obstetrics and Gynecology.

She has written several books about morning sickness, including the first on the topic, “No More Morning Sickness,” which was published in 1993. This year, she released the e-book “Take Two Crackers and Call Me in the Morning: A Real-Life Guide for Surviving Morning Sickness,” an illustrated journey through the trials of morning sickness, with humor and helpful information. For example, Erick recommends using the scent of lemons to help overcome olfaction, a heightened sense of smell that often triggers nausea during periods of morning sickness. She has also found that watermelon can ease nausea and help keep women hydrated.

There is no proven cure for morning sickness. Instead, Erick focuses on three key goals to remedy the nausea: stopping weight loss, settling the stomach and keeping the expectant mother happy.

Learn more, including how to make an appointment.