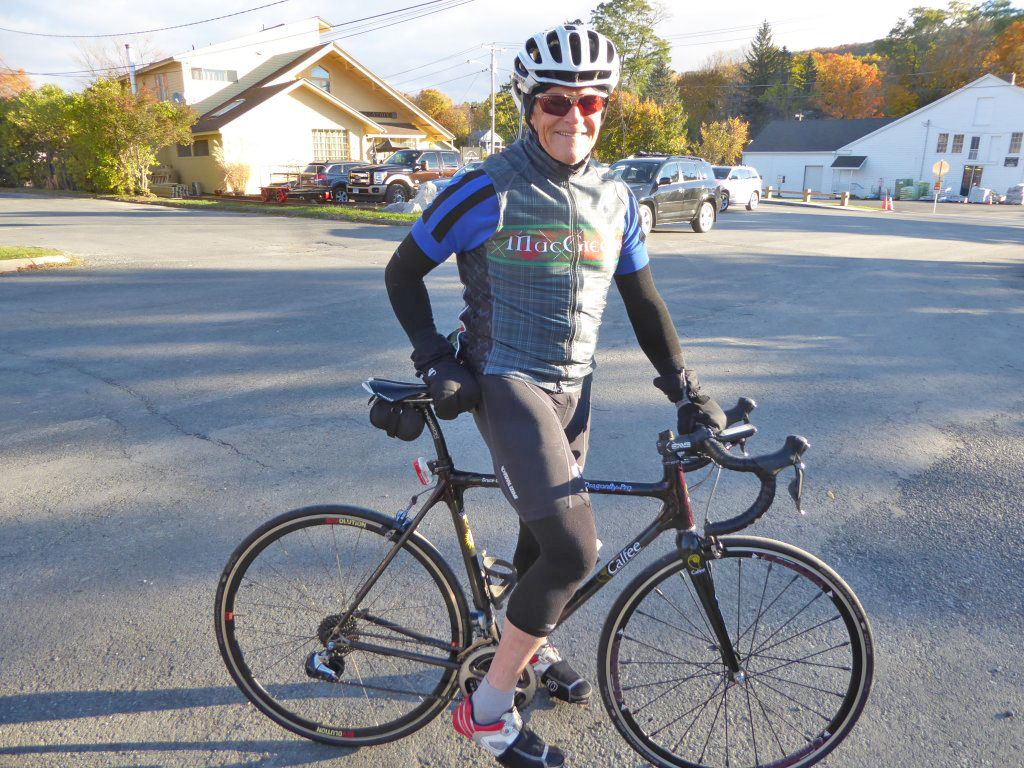 Cycling dozens of miles on a route filled with steep hills, winding turns and strong winds may be a daunting challenge, but BWH patient Bruce Cohen says it was a gift to be able to get back on his bike route after suffering a heart attack and undergoing major surgery last year.

“I feel so fortunate that my body has healed and I’ve been able to resume an activity that is so important to my daily life,” said Cohen, who lives in Wayland and logs an average of 7,000 to 8,000 miles on his bike each year. “I thought that after surgery, I wouldn’t be able to ride daily like I had been, but in truth, I’m now riding stronger than ever.”

In early 2014, Cohen, a member of the National Lacrosse Hall of Fame and Jewish Sports Hall of Fame, began feeling shortness of breath while exercising. After seeing his primary care physician for a routine appointment, he was sent to BWH, where severe blockages were discovered in two of his major coronary arteries, which supply blood to the heart. After performing tests, physicians found that Cohen had suffered a heart attack and would need to undergo a procedure called coronary artery bypass graft (CABG) surgery, which would route blood past the blocked arteries and improve blood flow to the heart. A multidisciplinary care team from Cardiac Surgery, Cardiology, Cardiac Anesthesia, Perfusion, Nursing and Physician Assistant Services planned and performed the successful surgery.

CABG, a form of open-heart surgery in which the heart is stopped for a period of time, uses blood vessels taken from veins in the leg or an artery in the chest to create a graft that bypasses the blocked portion of the coronary artery. After the graft is attached during surgery, blood can flow around the blockage to reach the heart more easily.

Cohen’s cardiologist, Stephen Wiviott, MD, FACC, said that although Cohen led a healthy and active lifestyle before his heart attack, there are many factors that can lead to blocked arteries, including advancing age, being male and genetics. Wiviott said because Cohen took good care of himself through the years, it’s likely that he delayed the onset of a more severe or even fatal heart attack.

“Mr. Cohen’s experience is a great example to encourage people that it is often possible to do the things you love even after suffering a heart attack, particularly if you get appropriate medical care quickly,” Wiviott said.

Earlier this month, Cohen and a group of about 30 other cyclists completed a challenging 65-mile bike ride in the Berkshires. Organized by Cohen for the last several years, the ride consists of several difficult hills and takes place during peak fall foliage time.

Danny Muehlschlegel, MD, MMSc, director of Cardiovascular Anesthesia Research, has known Cohen for nine years and participates in several rides with him each year, including this one. Muehlschlegel, who was also the cardiac anesthesiologist for Cohen’s surgery, said how great it was to see his friend and patient be able to ride again.

“I’m lucky to be alive today,” Cohen said. “The care at BWH was excellent, and I’m fortunate that I’ve been able to return to my normal lifestyle again.”

One Response to “BWH Patient Resumes Cycling After Bypass Surgery”