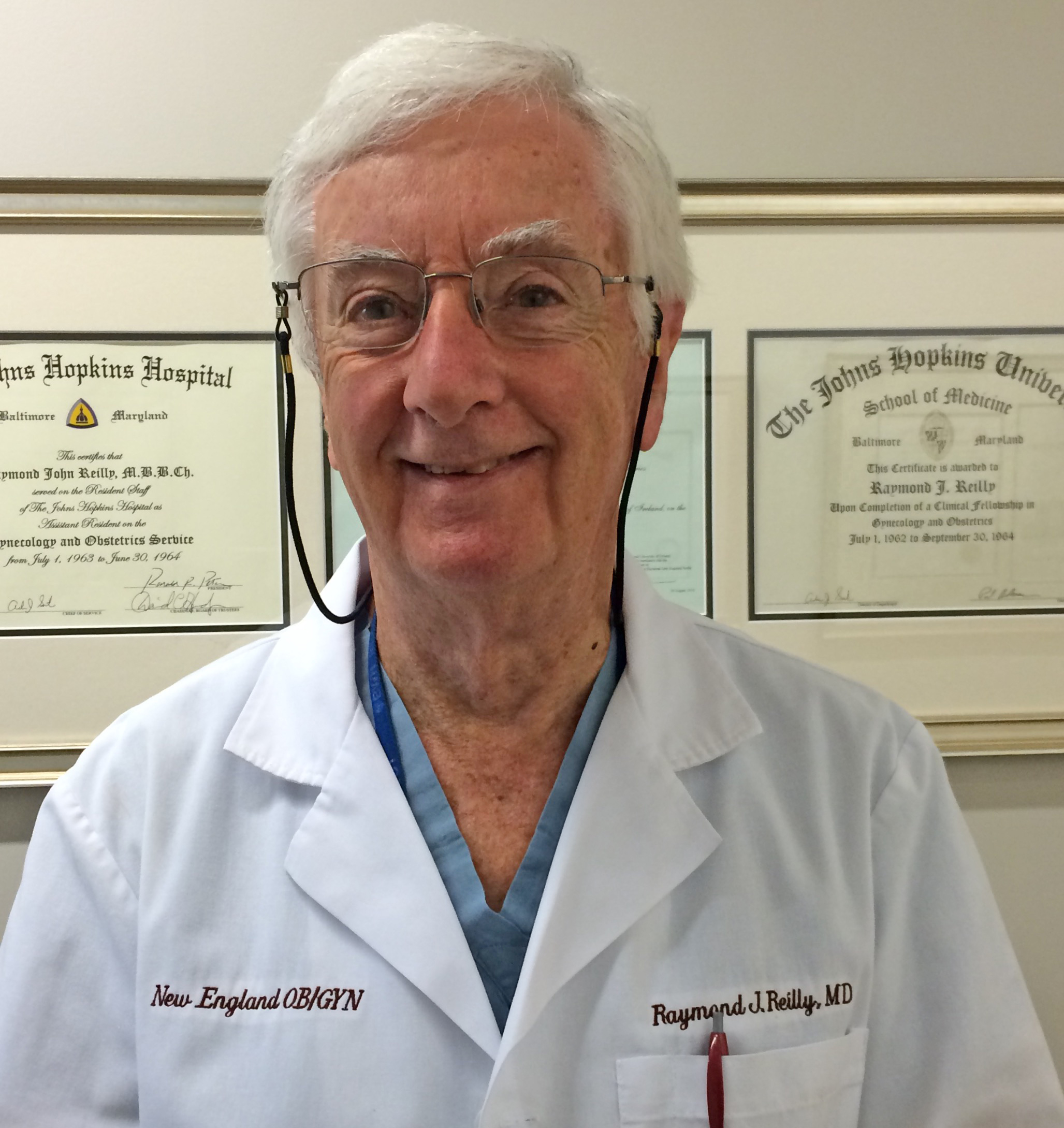 A devoted teacher and role model, BWH gynecological surgeon Raymond Reilly, MD, has been training the next generation of surgeons year after year for decades.

A faculty member for 47 years, Reilly is the director of pelvic surgery at BWH. He served as the chief of gynecological surgery at the Peter Bent Brigham Hospital from 1975 to 1980, when the hospital merged with the Boston Lying-In Hospital and Robert Breck Brigham Hospital to form BWH.

Reilly works closely with BWH gynecological chief residents for six weeks in their last year to help them solidify the surgical skills needed to succeed in the field. Chief residents affectionately refer to this cherished time as the “Ray Reilly Fellowship Program.”

Reilly has worked with more than 500 residents during his time at BWH and is admired by younger residents, who look forward to working with him during their final year of residency.

“Legions of residents are grateful to Dr. Reilly for being a role model to whom they can aspire,” said Robert Barbieri, MD, chair of the Department of Obstetrics and Gynecology. “Additionally, surgical nurses set a high bar when they evaluate the surgeons they work with, and they greatly respect Dr. Reilly. I am deeply grateful for his help in making the Department of Obstetrics and Gynecology at the BWH one of the best in the country.”

Reilly says he values the idea of mentorship and takes pleasure in hearing about his trainees’ achievements during their medical careers. Many of Reilly’s former trainees have gone on to lead surgical departments at hospitals and universities across the country. One trainee performed the world’s first laparoscopic hysterectomy. Reilly says he is proud of the successes of his students, as well as BWH Obstetrics and Gynecology’s prominence as a national leader in the field. The department has placed second in the country in U.S. News & World Report’s specialty rankings for several years.

“Dr. Reilly is dedicated to ensuring that every person receives the best surgical care and recovers quickly from their surgery,” said Marikim Bunnell, MD, of Obstetrics and Gynecology. “Every day, he works hard to ensure that all nurses and staff caring for patients feel supported and enjoy their work. He was a team player in the surgical field before the team concept became the standard.”

In addition to surgical guidance, education and mentorship, Reilly also provides general wisdom and life advice to those he instructs.

“I feel that the biggest piece of advice I can give to residents as they depart the fellowship is that the most important thing in their lives is their family,” he said. “I tell them to always try to keep that in mind.”