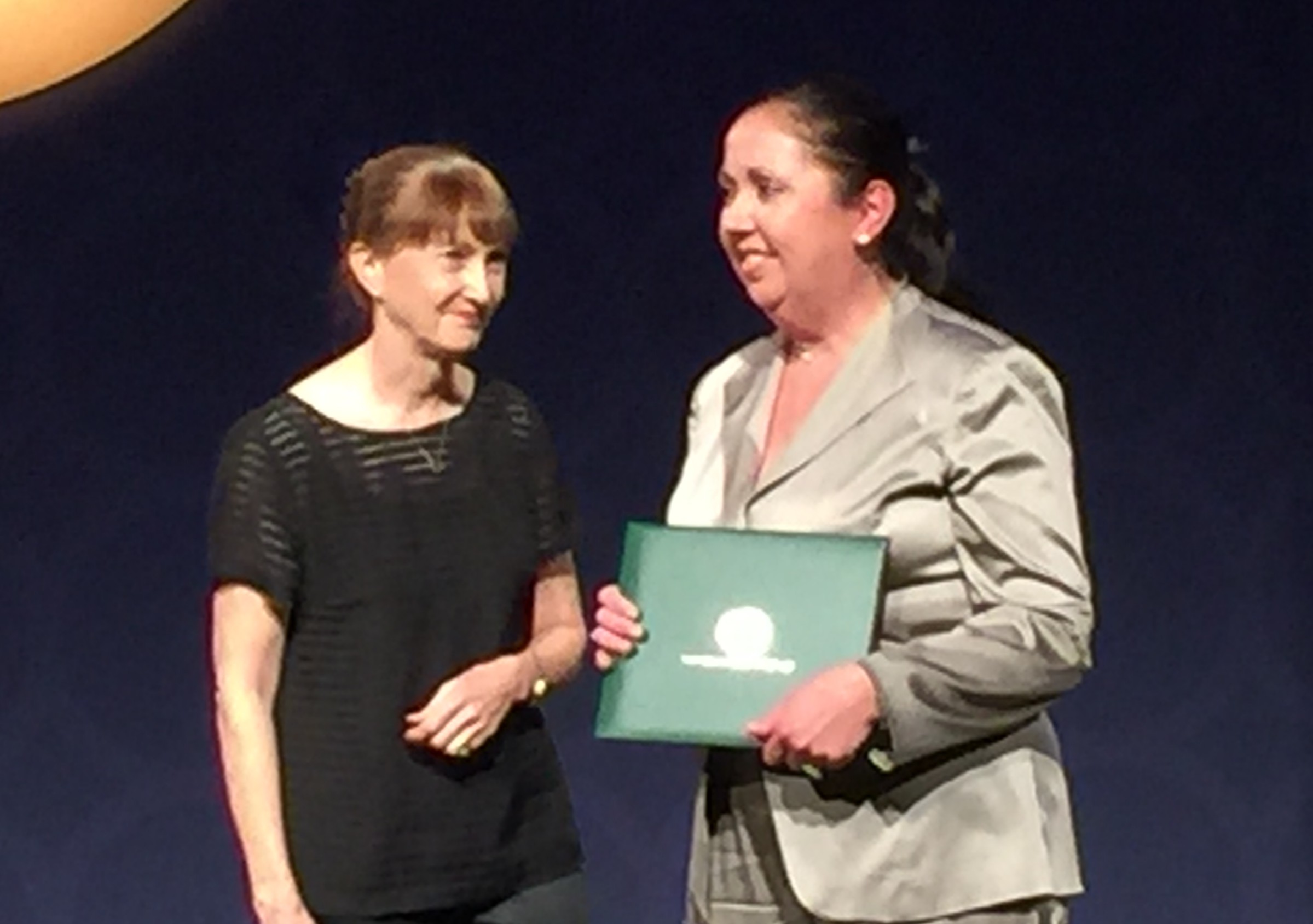 Jackie Somerville (at right) at the induction ceremony

On Oct. 17, Jackie Somerville, PhD, RN, FAAN, chief nursing officer and senior vice president of Patient Care Services, and Jeffrey M. Adams, PhD, RN, NEA-BC, FAAN, senior nurse scientist at BWH and executive director of the Workforce Outcomes Research and Leadership Development Institute (WORLD-Institute), were inducted as fellows in the American Academy of Nursing during its annual policy conference. Being named an academy fellow is one of the most prestigious honors that can be achieved in the nursing profession.

A group of more than 20 BWHers, including nurses and Nursing and Patient Care Services leaders, traveled to Washington, D.C., to attend the induction and show their support.

“As a clinical nurse at BWH, I was honored to witness Jackie and Jeff’s induction as fellows in the American Academy of Nursing,” said Suzanne Fernandes, BSN, RN, of the ICU Float Pool. “It was a privilege to be in the presence of so many esteemed nurse leaders who have devoted their careers to improving the lives of patients in this country and around the world.”

Added Ron M. Walls, MD, executive vice president and chief operating officer: “On behalf of the entire Brigham community, I congratulate Jackie and Jeff for their outstanding achievement, which reflects the superior level of nursing and nursing leadership here at BWH.”

Throughout her career, Somerville has been guided by the principle that nurses must know the patient as a whole person to deliver the very best care. For her doctoral dissertation, she developed an instrument called the Patients’ Perceptions of Feeling Known by Their Nurses Scale. Measures include being recognized as a unique human being by their nurses, feeling safe, experiencing a meaningful, personal connection with nurses, and feeling empowered by their nurses to participate in their care. The instrument has been published and is used in hospitals nationwide.

Adams, a Robert Wood Johnson Foundation executive nurse fellow who recently joined BWH as a senior nurse scientist in the Center for Nursing Excellence, has devoted his career to nursing research. He has developed and published the Adams Influence Model, which defines the factors, attributes and process of influence and power as they relate to nursing leaders, and the Model of the Interrelationship of Leadership, Environments & Outcomes for Nurse Executives, which provides structure for nursing administration education and practice.

Together, Somerville and Adams lead the WORLD-Institute, a novel academic and practice collaboration among BWH, Dana-Farber Cancer Institute and the Arizona State University College of Nursing and Health Innovation, that studies nursing leadership.

Somerville and Adams were among a group of 163 nurse leaders inducted as academy fellows in recognition of their key contributions to the fields of nursing and health care and their influence on health policies and the well-being of the public.

“Being present at the induction ceremony was a great honor,” said Marjorie Brunache-Depestre, RN, nurse-in-charge and Caritas Coach on Tower 14AB. “I was so humbled in the presence of so many living legends in nursing. I couldn’t be prouder to be a BWH nurse.”