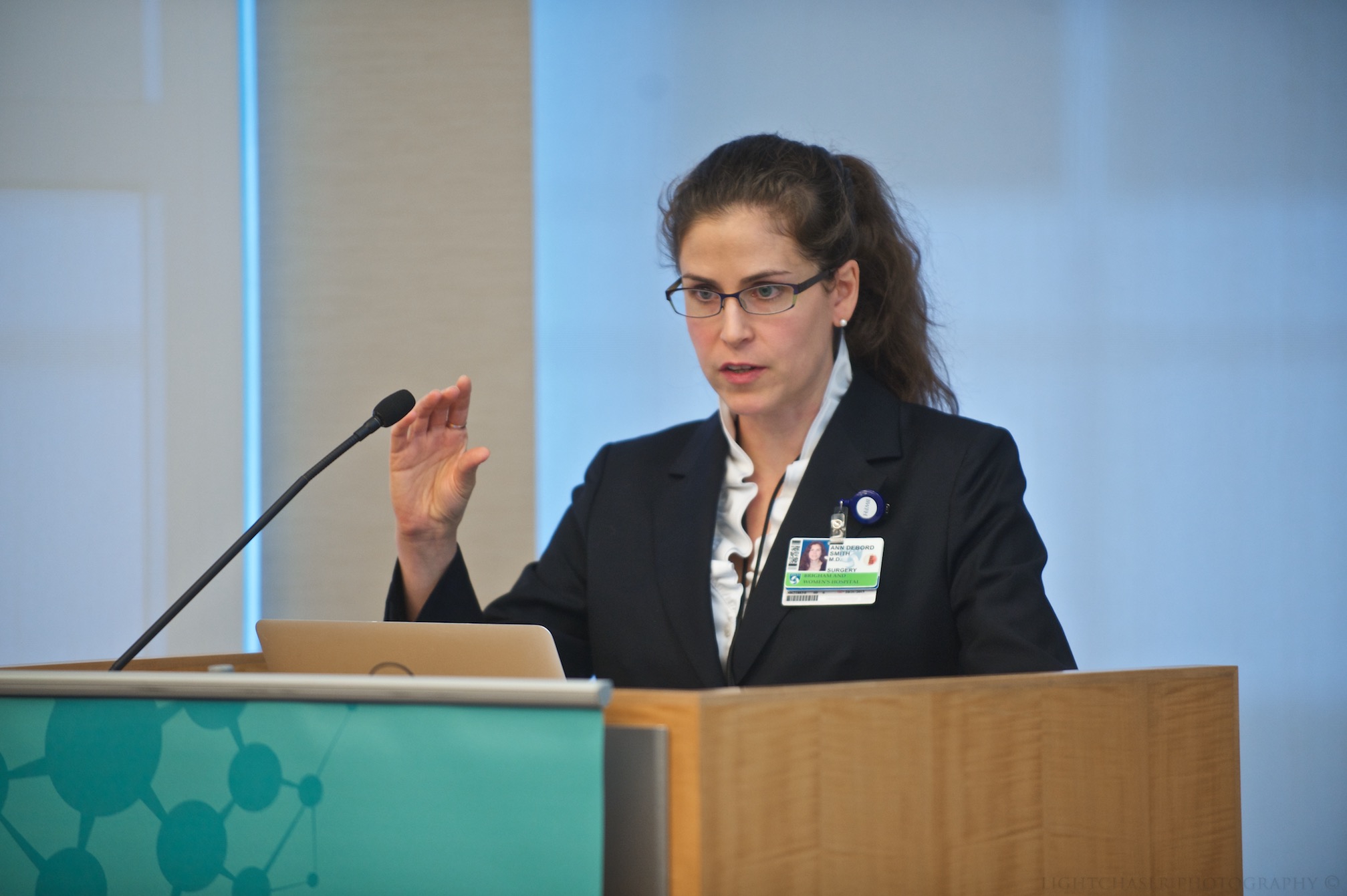 Kicking off the innovation track at Discover Brigham were four presenters who have been able to leverage digital health care to solve common patient issues. The session, moderated by Jeff Greenberg, MD, MBA, associate medical director of the BWPO and medical director of the BWH Innovation Hub, gave each presenter seven minutes to present a compelling pitch for their project.

First to the podium was Alexander Lin, PhD, director of the BWH Center for Clinical Spectroscopy, who walked the audience through his cloud-based system that allows radiologists to detect brain tumors in MRI scans in as few as 30 seconds by keying in on a chemical by-product known as 2-HG (2-hydroxygulatarate). This technology, he believes, has the potential to expedite the diagnosis of brain cancer and ultimately improve surgical outcomes.

Benjamin Raby, MD, MPH, of the BWH Channing Division of Network Medicine and the Division of Pulmonary and Critical Care, followed with a presentation of his smartphone application programmed to interpret a user’s breathing pattern in speech to detect the onset of an asthma attack. Raby is currently working with Cogito, a local tech company that specializes in voice analytic software, to optimize his program. His hope is that this same technology can be used to detect potential heart failure and chronic obstructive pulmonary disease (COPD) as well.

The third presenter of the morning, Ann DeBord Smith, MD, MPH, a BWH General Surgery resident, detailed her own smartphone application, VISION, that can detect peripheral arterial disease (PAD) in as few as two minutes by simply analyzing a photo of one foot or hand and comparing it to the other. DeBord Smith’s application seeks to improve upon more commonly used tests, like a segmental doppler, and make identifying this very common disease easier for clinicians.

Wrapping up the session was Mark Zhang, DO, a Palliative Care consultant at Dana-Farber Cancer Institute, whose project focused on end-of-life care planning. His online tool, called CAKE, allows people to answer questions that shed light on their end-of-life preferences, breaking the ice for difficult conversations.

What do cake and planning for the end of life have in common? Listen to find out.

Zhang calls it a “handbook for the end of life” that can make a potentially very difficult conversation a little easier.

100% of people die, but end-of-life questions still come as a surprise to many of us. Here’s how CAKE breaks the ice to start these important discussions.