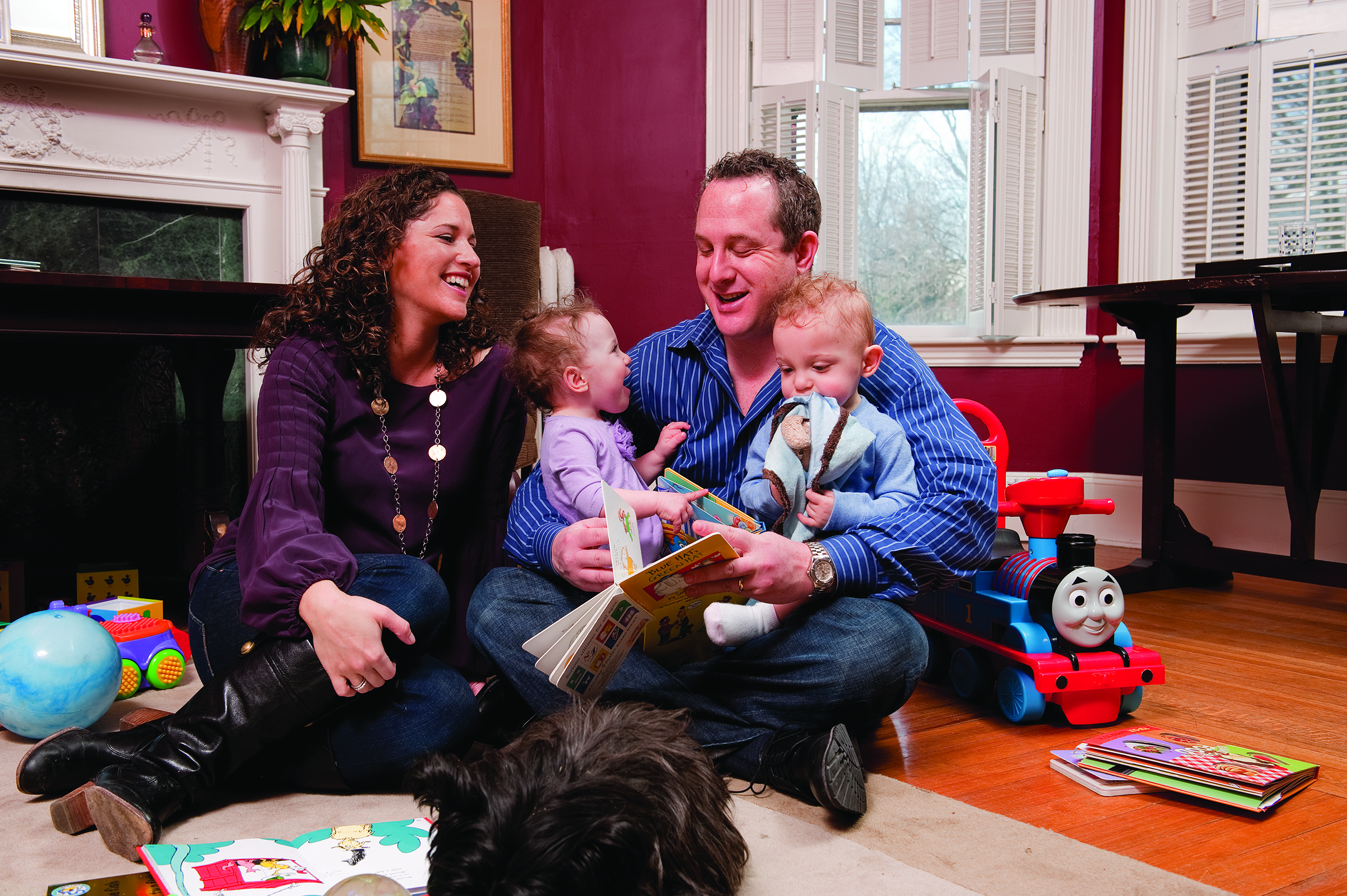 Kim and Steve Lubin, with healthy and happy twins, Eliza and Gus, in 2011

BWH has a long history of providing the most compassionate care to fragile newborns and their families.

Just ask Kim Lubin. Now a senior director of Development at BWH—who raises funds for the NICU, as well as newborn medicine and OB/GYN research—Lubin gave birth to twins at just 25 weeks gestation in 2009. The twins spent four months in the NICU, where they received life-saving care. Eliza weighed a mere 1.9 pounds at birth, while Gus weighed 2.1 pounds.

The NICU felt like family for Lubin and her husband, Steve. As the twins underwent five surgeries between them, she says the emotional support was just as critical as the medical care. Nurses shared inspirational stories of babies born at 25 weeks who later went on to make the honor roll in school or who were playing soccer. They encouraged her and Steve to record story books so the twins could hear their voices when they were not with their babies.

This sense of compassion and family continues in the NICU today. As one of the leading medical centers in the world, BWH not only cares for patients and families, but also helps set the standards of neonatal care worldwide.

“We consider ourselves privileged to care for BWH’s tiniest patients and their families,” said Terrie Inder, MD, MBChB, chair of Pediatric Newborn Medicine. “We want to be known as the place where your sick baby would be cared for in the most special, compassionate and highly skilled way.”

A dual-boarded child neurologist and neonatologist, Inder has conducted clinical and translational research concerning the nature and timing of brain injury in preterm and high-risk term-born infants. She joined BWH as chair of the department in September 2013, leading the transition of the Division of Newborn Medicine to the Department of Pediatric Newborn Medicine. The restructuring helps enhance BWH’s position as a national leader in neonatal care, research and education, with a particular focus on neonatal neurology. Inder also led the reorganization of BWH’s residency program to provide more structured learning in the area of the newborn infant.

A renovated home for state-of-the-art care

BWH’s commitment to neonatal care dates back to 1832 with the opening of the Boston Lying-In Hospital—one of the country’s first maternity hospitals and one of BWH’s predecessor institutions.

Today, BWH’s NICU continues to lead the way in newborn care as the largest NICU facility in Massachusetts, caring for nearly 3,000 premature and sick infants, as well as their families, each year.

When the unit opened in its current location in CWN in 1992, most of the care provided focused solely on the medical needs of the baby. Today’s NICU focuses its attention on the entire family, with parents as integral care partners. There are no visiting hours for parents; they are welcome in the unit around the clock.

Though NICU parents have always played an active role in their babies’ care, a more formal partnership was established with the Parent Advisory Group, which is comprised of NICU staff and former NICU parents. Created in 2006, the group’s mission is to incorporate the vision and voices of former NICU parents into the care environment—for providers to see the experience through the “lens of a parent.”

Earlier this year, construction began to redesign and renovate the unit to better serve patients and their families in a state-of-the-art family-focused facility. The updated NICU—expected to be completed by the end of 2017—will allow NICU parents to be even more involved in their babies’ care, which leads to better outcomes. Current construction efforts will transform the physical space into a more family-friendly environment, with private rooms where parents can spend the night. As parental involvement is critical to babies’ care, the space will evolve to better accommodate parents as partners in the care of their infant. 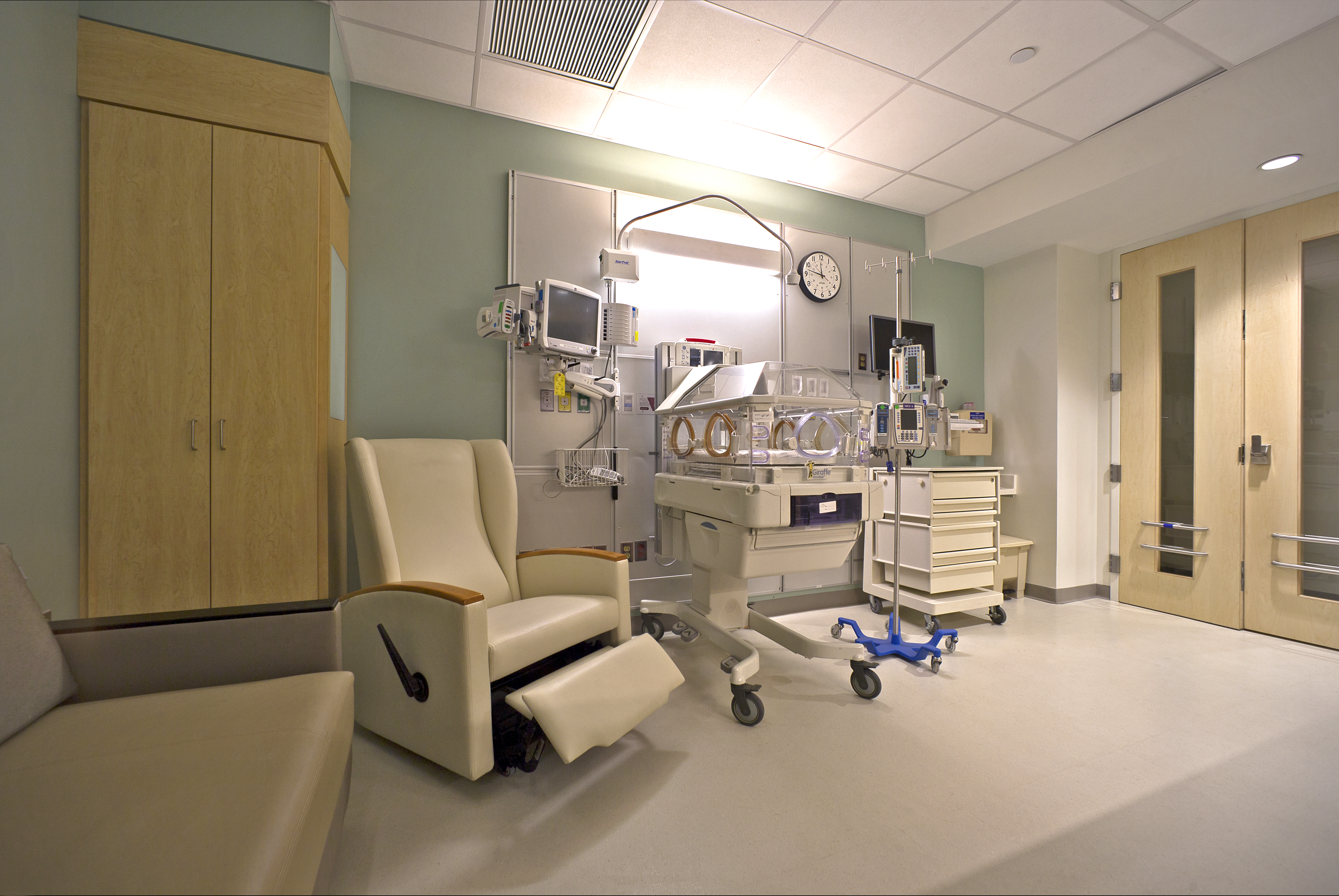 Research has shown that a private-room NICU has the potential to improve outcomes and brain development, reduce infections and increase family involvement, privacy and satisfaction. The new design will maximize the use of natural light and include individual room controls. The NICU facility will be supportive and comforting while preserving family privacy.

In addition to more clinical space and private family rooms, the NICU has also been designed to include rooms that can be occupied by three babies at a time, allowing maximum positive stimulation during the non-acute period of their growth and development. A family lounge will foster group education and social mingling of families and will be supported by the NICU Family Support personnel.

What happens in the NICU isn’t just about helping a baby be well enough to go home; BWH seeks to enhance patients’ entire lifespan by providing the right foundation in the first hours, days and weeks of a baby’s life, when brain development is at its all-time peak.