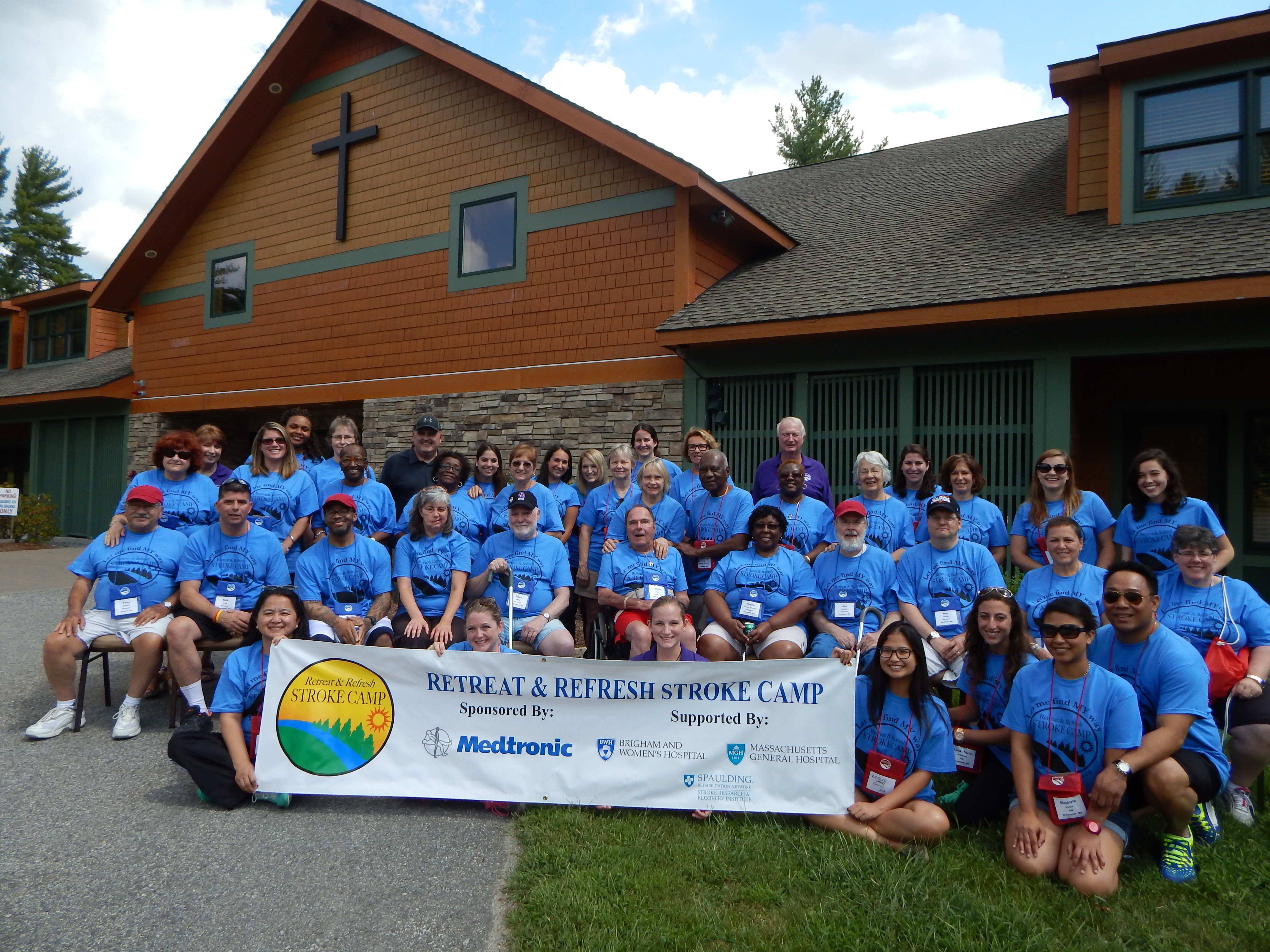 Participants of this year’s Retreat & Refresh Stroke Camp, the first such event in New England

At first glance, there was nothing out of the ordinary about the group gathered at the St. Methodios Faith & Heritage Center in New Hampshire last month, as they enjoyed activities such as fishing, dancing and games. But the more than 50 people there shared a unique bond—all were stroke survivors or caregivers.

The gathering was the result of a collaboration between BWH, Massachusetts General Hospital and Spaulding Rehabilitation Hospital to host a “Retreat & Refresh Stroke Camp.” The weekend for stroke survivors and their families was the first such event in New England.

Ali Aziz-Sultan, MD, chief of the Division of Vascular and Endovascular Neurosurgery at BWH, first heard about the camp when he was asked to get involved. He knew right away that he wanted BWH to be part of the effort.

“As clinicians, we often only see our patients when they are in acute distress,” said Amatangelo. “It was incredibly heart-warming to see these stroke survivors one year later and witness how much better they are doing.”

Amatangelo recounted the story of one patient who survived a stroke the prior year. When he first walked into the camp, he seemed uncomfortable, but the next day, after becoming immersed in the camp’s uplifting environment, he was laughing and dancing with his wife.

Participants followed a carefully planned agenda with both recreational and educational activities—including a clinical update on the latest advancements in neurology trials and stroke care and a lecture about stroke warning signs.

“Our goal is for survivors and family members to meet one another, share experiences and enjoy a relaxing weekend together in a comfortable and understanding environment,” said Lauren Kramer, director of operations for the Retreat & Refresh Stroke Camp. “It gives them an opportunity to focus on what they can do after stroke, instead of what they can’t do, and form long-lasting friendships.”