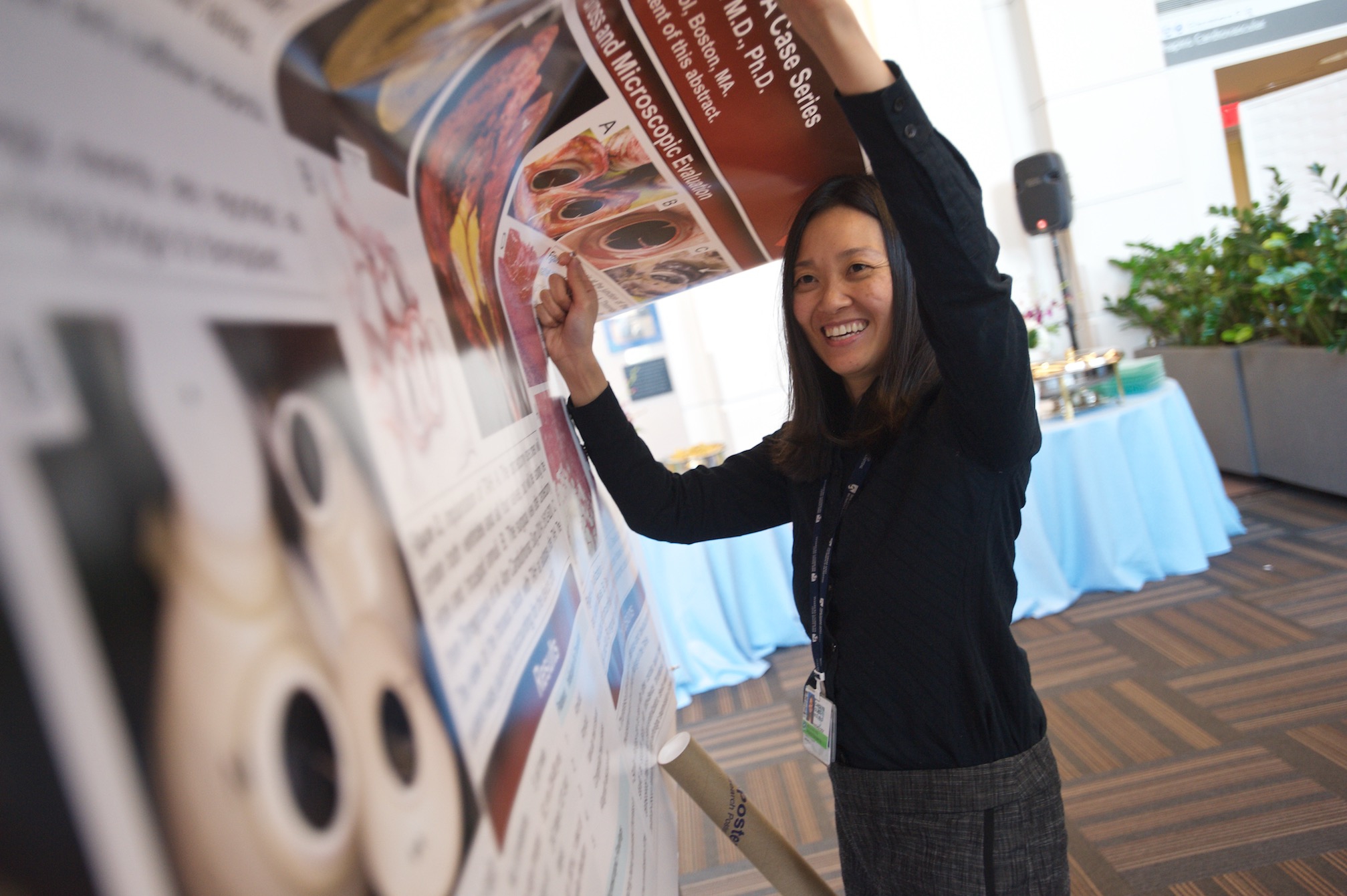 Members of the BWH Department of Pathology come from a variety of backgrounds and specialties, but are united by the conviction that a deeper understanding of the causes of a patient’s disease will help transform a patient’s treatment.

The paths of Lynette Sholl, MD, and William Lane, MD, PhD, to the department and their current research interests illuminate the important work unfolding in the field today and the efforts underway at BWH to propel pathology forward.

A New View of Lung Cancer

Lynette Sholl, MD, began her residency at BWH just as the field of genetics was beginning to transform the understanding and treatment of lung cancer. A year earlier, while Sholl was an intern in medicine at the University of Pennsylvania, she had been part of a case that illustrated how urgently such transformation was needed. She remembers taking care of a woman with metastatic lung cancer. Sholl and her team had heard about a few cases of success treating such patients with a new kind of drug, but when they gave the patient the drug, she developed complications. No one knew how the drug worked or if it would help this patient.

“We had so little information to go on at the time,” said Sholl.

The following year though, thanks to studies from the Dana-Farber/Brigham and Women’s Cancer Center and elsewhere, Sholl and others learned why the drug worked so well in some patients. They could also now better predict which patients would respond well to the drug.

At the 2015 Department of Pathology Annual Research Celebration held in May, Sholl described PROFILE, an initiative to help capture and record information about the genetic causes of cancer into a database. Sholl and her colleagues have analyzed data from the first year of cases, which includes information from the tumors of 3,700 people.

“We’re beginning to appreciate the complexity of the genomics of cancers of the lung and other organs; even within a population of patients who have the same genetic mutation, their response to treatment is very different,” said Sholl. “There’s a lot of nuance there.”

Resources like PROFILE may help Sholl and other researchers and clinicians further refine and personalize the diagnosis and treatment of patients. 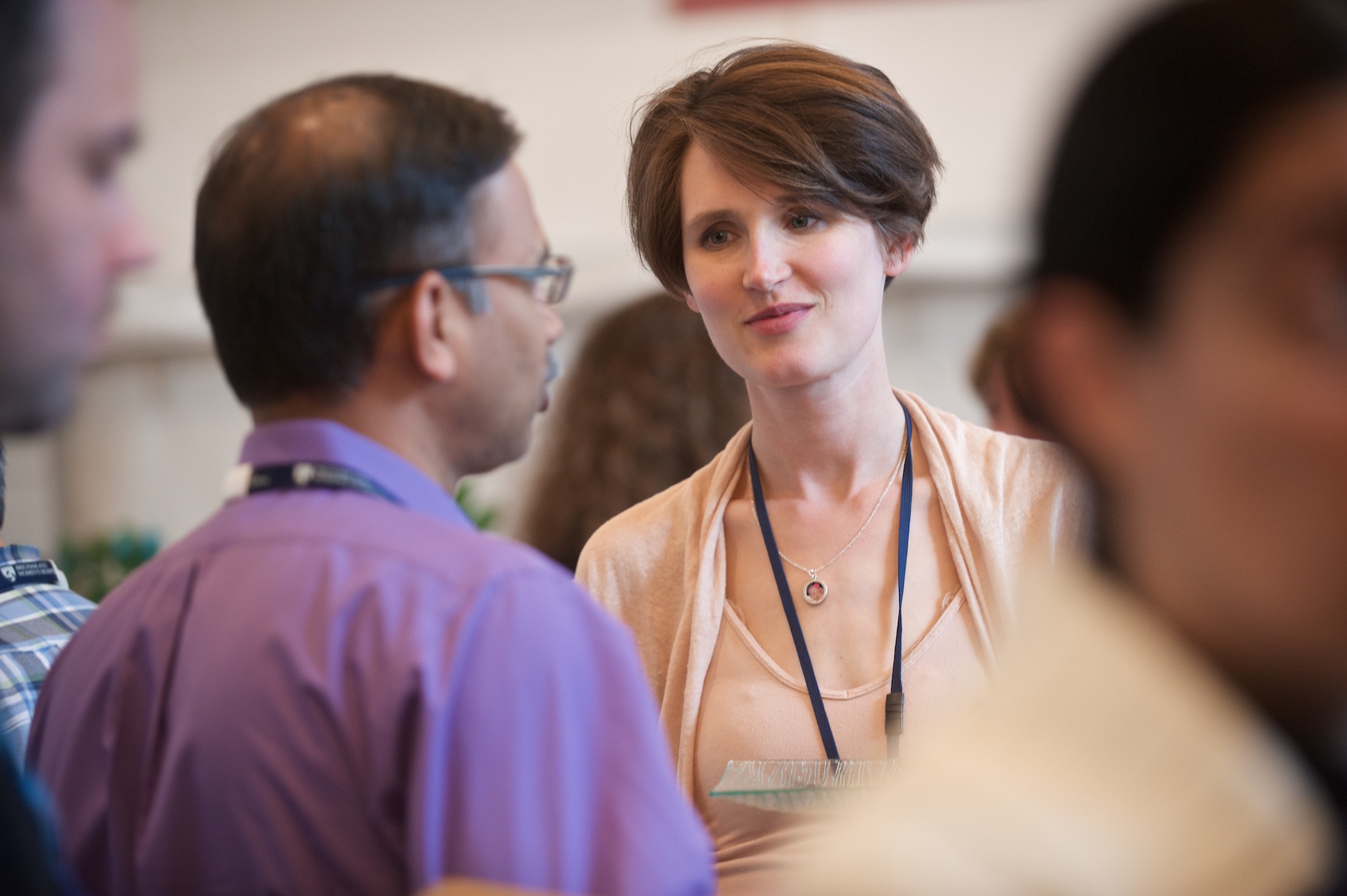 Lynette Sholl is working to help capture and record information about the genetic causes of cancer.

As director of Clinical Lab Informatics and assistant director of the Tissue Typing Lab, William Lane, MD, PhD, sees the potential of advances in genomics to transform the method for determining people’s blood type. Classic typing methods involve mixing a sample of a person’s blood with known antibodies. If a specific antigen—a sugar or protein molecule on the surface of red blood cell—is present, “clumping” will occur. In addition to the well-known A, B and O blood group antigens, there are hundreds of other antigens that can also trigger a response. Sequencing could allow blood banks to routinely and accurately determine all possible blood group antigens.

“This would allow us to go beyond the current standard of matching most transfusions for just the ABO and RhD antigens,” said Lane. “Using precision medicine, we have the ability to better match blood donors and recipients up front. This could allow us to prevent new antibodies from forming in a recipient, which should result in reduced transfusion complications.”

Lane works closely with Heidi Rehm, PhD, of the Department of Pathology, and Robert Green, PhD, of the Division of Genetics, to leverage data from participants who have had their genomes sequenced through the MedSeq project. He envisions a day when sequencing will become routine and blood type will be determined more accurately.

“We want to be able to give people the blood that they are least likely to react negatively to,” he said. “With a curated database of blood group information, automated prediction software and advances in sequencing, we are getting closer to that goal.”