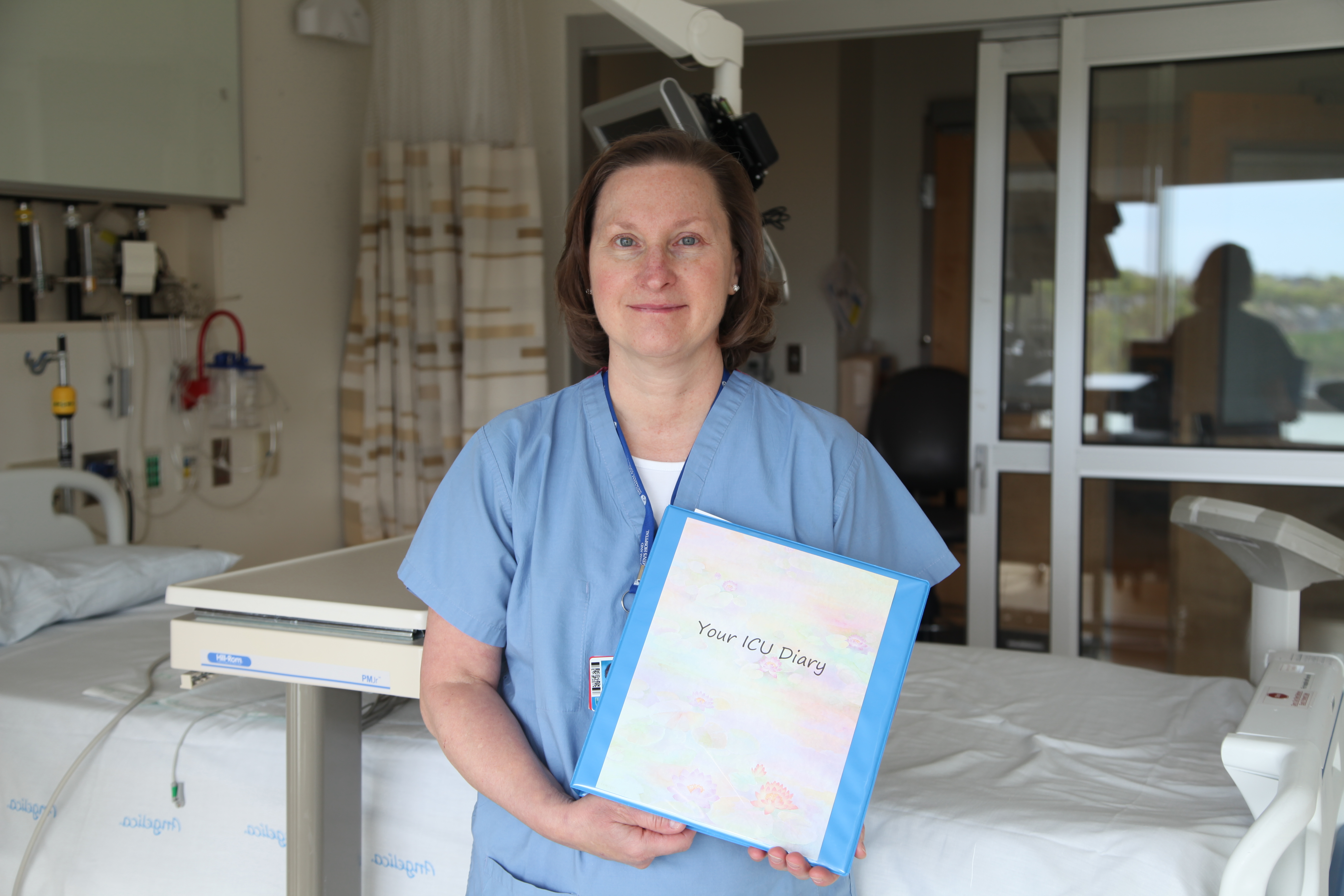 Imagine waking up in a hospital intensive care unit for the first time after suffering from a major health event, such as cardiac arrest.

It can be a frightening experience for a patient, especially if they are intubated and hooked up to various monitors and other equipment, says Sharon Levine, BSN, RN, a nurse in BWH’s Cardiac Intensive Care Unit (CCU). “I see the look of confusion on my patients’ faces,” said Levine, who has been an ICU nurse for 34 years. “They come to us critically ill and have no idea how they got here. The last thing they may remember is being at work or with their family. It’s scary for them.”

Levine said many patients, especially those who have been intubated, experience hallucinations or delirium while in the CCU. Studies have shown that patients can have symptoms of post-traumatic stress disorder when they go home, which can be complicated by their inability to remember their time in the hospital.

“Regardless of their age, patients tell me that they remember hearing staff talking to them, but that none of it made sense at the time,” she said. “Some patients remember yelling and doing things that were very out of character for them.”

With an obligation to make patients feel safe and secure, Levine set out to find a way to help patients remember their time in the CCU — from admission to discharge.

After reviewing research and learning how a diary helped ICU patients and their families in Europe, Levine wanted to introduce a similar intervention at BWH.

Patients intubated for 48 hours or more in the CCU, along with their family members, are encouraged to participate. Nurses and family members can enter information about the patient’s experience into the diary, such as how their day went and why they were hooked to certain equipment. Neither a patient’s prognosis nor lab results are recorded in the journal.

Once a patient transfers from the CCU, Levine follows up with them and their family members to ensure they would like to continue participating. She then connects with the patient two months after discharge to discuss how the diary has helped in their recovery.

Levine said she has received positive feedback from patients and families, many of whom have expressed that the diaries have helped to fill in a lot of lost memories from their time in the CCU.

“I enjoy taking care of patients, and this project has been extremely rewarding,” she said.  “It has added a new dimension to my nursing care.”