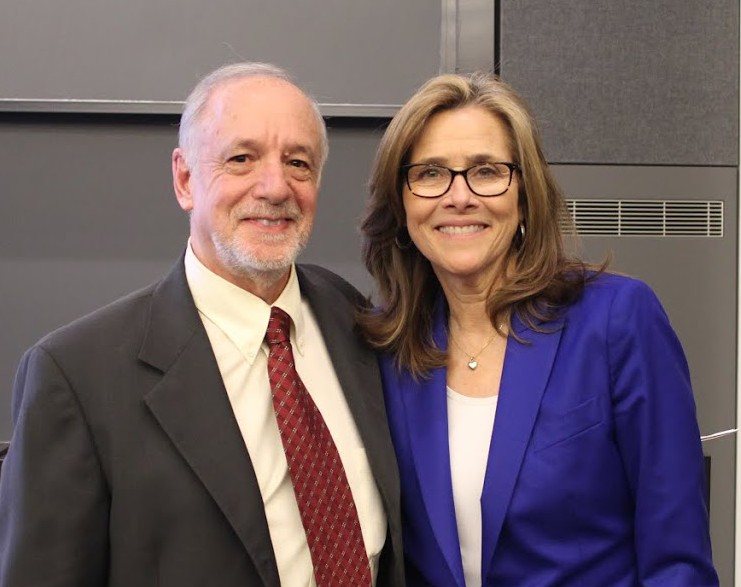 Originally established in 2011, the Harvard College Alzheimer’s Buddies (HCAB) program has grown from 10 participating student volunteers to 90 today, becoming one of the fastest-growing volunteer programs at the college.

As the co-founder and senior advisor to the program, Jeffrey Robbins, LICSW, a clinical social worker in BWH’s Department of Neurology, is excited to see the program expanding both here in Massachusetts and soon across the country, with the establishment of the National Alzheimer’s Buddies program. Gordon College in Wenham, Mass., has a chapter consisting of 20 volunteers called GCAB, and a chapter at Cal Poly Pomona in California (CPAB) is in the works through the new national nonprofit.

HCAB pairs Harvard undergraduates, many of whom are pre-med students, with Alzheimer’s patients living at Hebrew Senior Life, a skilled nursing facility in Brookline. Students visit their buddies every Sunday and participate in a variety of activities with them, such as playing board games, reading and chatting with them about the week.

“It’s amazing and inspirational to see a generation of college students who are so committed and put so much of themselves into this program, and to hear how it impacts them and touches their lives personally,” said Robbins.

The program is based off of a similar program Robbins co-founded in 1998 with a former BWH colleague, after his mother passed away from the disease. The program matched high school students with Alzheimer’s patients at local nursing homes.

Robbins trains all HCAB, GCAB and CPAB student volunteers, which includes information about the disease, as well as its mechanism and progression.

“The substantive part of the training is teaching students how to communicate effectively with people who have Alzheimer’s in the moderate to late stage of illness,” he said. “The vast majority of students have a personal connection to the disease.”

In addition to weekly visits, HCAB holds an Alzheimer’s symposium every other year, with the first one held in 2013. This year’s symposium, held April 18, featured a keynote address from Gov. Charlie Baker, a video message from Sen. Elizabeth Warren and presentations by Robbins and BWH neuropsychologist Dorene Rentz, PsyD, as well as many others. Journalist and talk show host Meredith Vieira joined as the symposium’s host for the second year. More than 200 people attended the symposium, which was held in Cambridge.