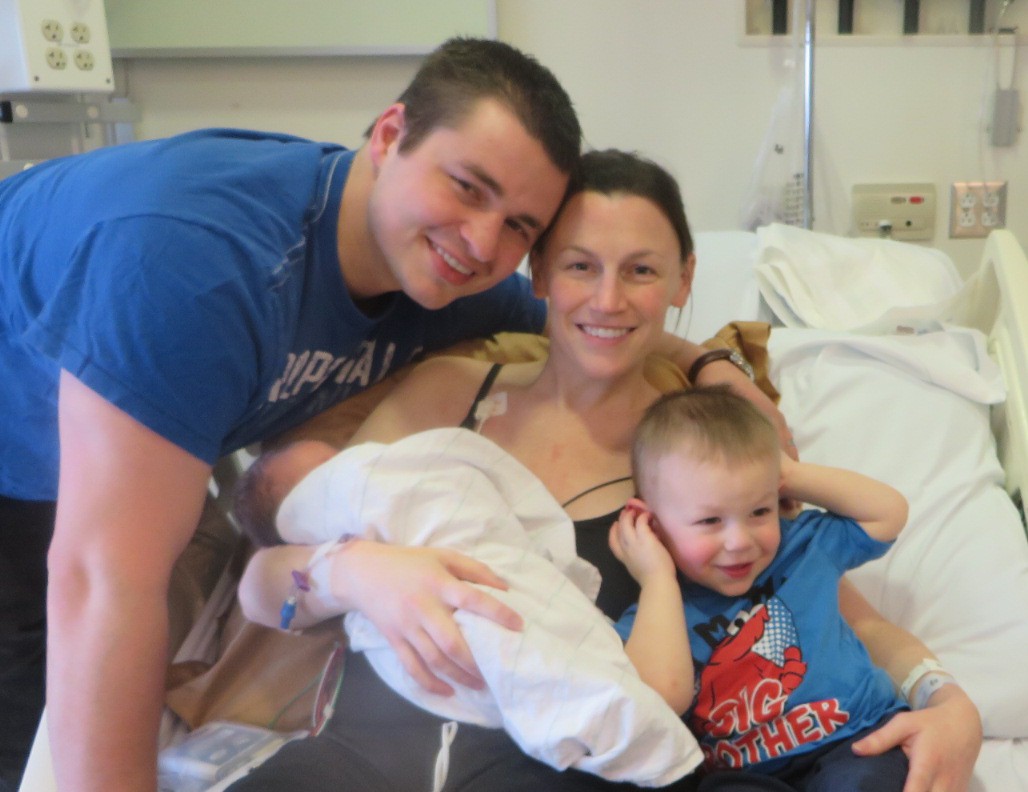 Chelsea Phaneuf with her family

It’s not every day that a baby is born in the cardiovascular hybrid operating room at BWH, but a multidisciplinary cardiovascular and obstetrics team needed to be at the ready as 29-year-old Chelsea Phaneuf delivered her daughter, Aria, last month.

Phaneuf, who was admitted to the Shapiro Cardiovascular Center with a failing heart valve about a month before Aria’s arrival, praised the care teams who assisted. “All went smoothly with the delivery, and my heart did fine,” she said.

A week after Aria’s birthday, Phaneuf was headed back to the operating room, this time for open heart surgery.

Although the first sign of a problem with her heart occurred when she was just three months old, Phaneuf did not experience any issues until her early 20s, complicating her wishes to someday be a mother. She had been followed by a pediatric cardiologist after her pediatrician heard a slight murmur in her heart, getting through college and even playing soccer without a problem. At age 23, though, a routine echocardiogram—an ultrasound test that produces images of the heart—showed that her bicuspid valve had suddenly deteriorated and needed to be replaced.

At such a young age, Phaneuf was concerned about how the surgery would impact planning for a future family. The daily anticoagulants—blood thinning medication—required for patients who undergo a valve replacement with a mechanical valve are a risk to a developing fetus. Mechanical valves are preferred because they last several years longer than a tissue, or biological, valve, which does not require a person to take anticoagulants.

Phaneuf opted for a biological valve, and BWH cardiac surgeon Lawrence Cohn, MD, performed her surgery. She got married and had a son, Logan, who is now 21 months old. This year, in her second trimester of pregnancy with Aria, she began experiencing dizziness and shortness of breath. 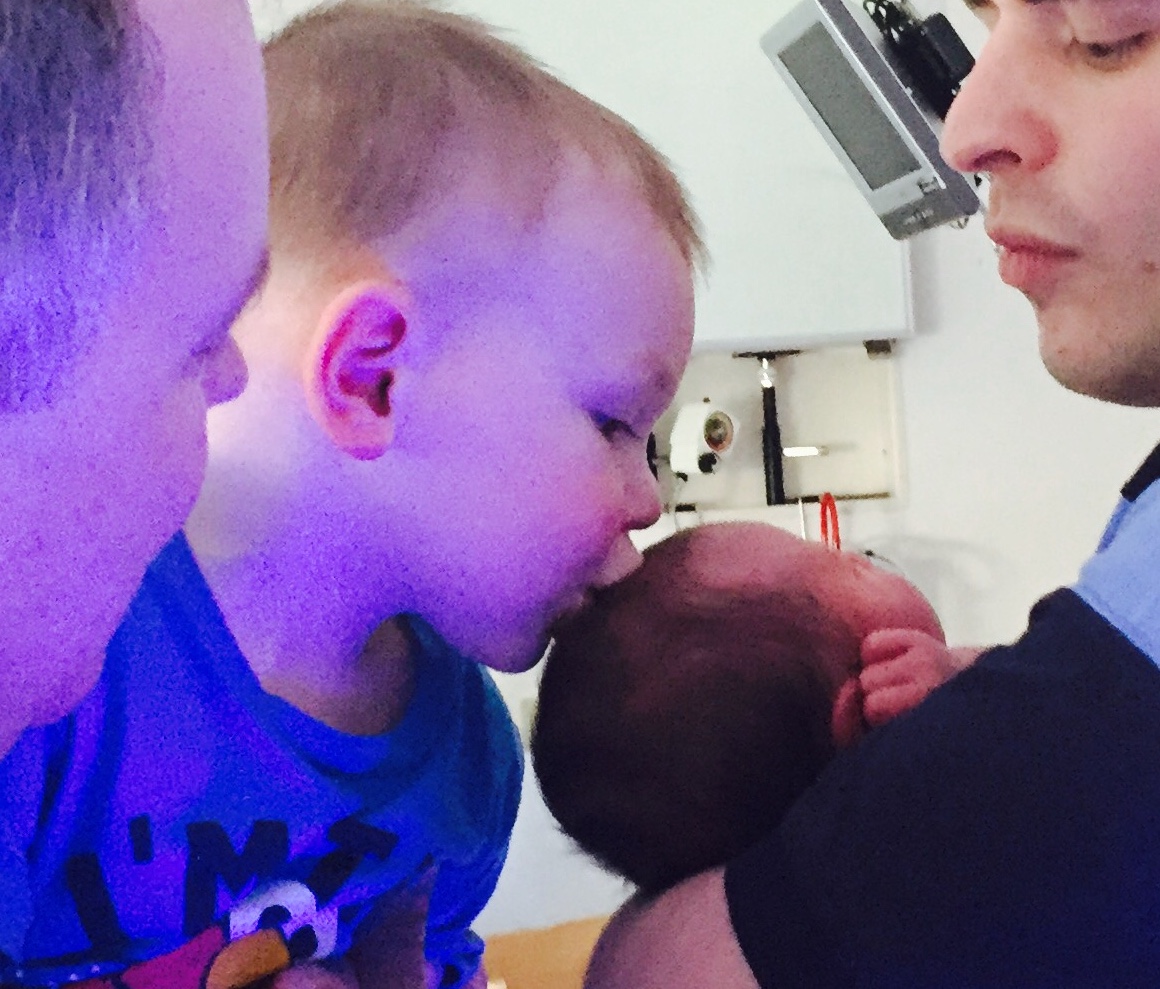 “My cardiologist did an echocardiogram, and we saw that the valve had deteriorated very quickly,” she said. “I was referred to the Brigham for care by the high-risk obstetrics team, cardiology and Cardiac Surgery.”

Cardiac surgeon Prem Shekar, MD, who would perform Phaneuf’s second valve replacement surgery, said that her care required extraordinary teamwork among disciplines. “We needed extensive plans in place for several scenarios that could have happened related to her delivery and her heart condition,” said Shekar, adding that Phaneuf is one of few patients to deliver in the cardiovascular hybrid OR. “Fortunately, everything went smoothly with the delivery, and we were able to perform Chelsea’s valve replacement one week later.”

Kathy Economy, MD, of Obstetrics and Gynecology, cardiologist Anne Marie Valente, MD, and Pinak Shah, MD, director of the Cardiac Catheterization Lab, were the primary physicians involved in Phaneuf’s cases, but her care was made possible by an extensive multidisciplinary team including anesthesiologists, perfusionists, nurses, OR staff, pharmacists, administrators and many others.

Nursing and other team members also played an integral role as Phaneuf navigated the complexities of recovering from major surgery and caring for her precious newborn daughter. Her biggest concern was not being able to breastfeed Aria due to the medications she needed to take after surgery, but she found the support that she needed from her nurses.

“My nurses knew how important it was to me, and they helped wake me up to pump to keep my supply up, did research on the medications I was taking and checked with Pharmacy to see if they were safe for the baby,” said Phaneuf, who tried to take as few pain medications as possible. “To have everyone behind me and in my corner helping me was incredible.”

Aria was able to stay with her mom in the Shapiro Center, and Phaneuf’s husband, John, remained close by during their stay, spending some nights in a local hotel and some in her room to care for mother and baby. A week after Phaneuf’s surgery in early April, she and John were excited to bring Aria home to Belchertown, Mass., and rejoin Logan.

“I am looking forward to being a family of four under one roof,” she said. “I felt so well taken care of at the Brigham, and I am thankful that I met so many caring people who wanted what was best for me and my family during this time.”