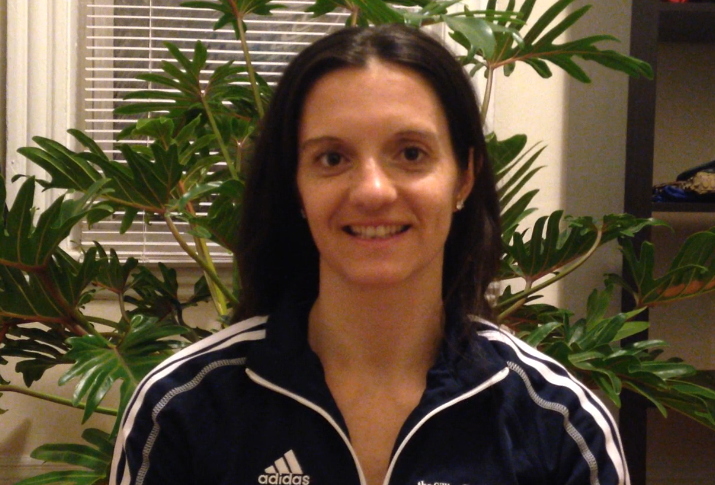 Katey Mirch, a physical therapist at BWH, is running this year’s Boston Marathon and raising funds for trauma care and research as a member of BWH’s Stepping Strong Marathon team.

Many of her patients have severe disease-related and traumatic limb injuries. After working with Gillian Reny, who nearly lost her life when she was injured by the 2013 Boston Marathon bombings, Mirch reconnected with the Renys when Gillian underwent a second surgery last year.

“Gillian was so motivated and had such a positive attitude throughout,” said Mirch. “In fact, all of the Boston Marathon survivors were wonderful to work with.”

Mirch says she is honored to be running with the team this year—“for Gillian, for the other Marathon survivors and for the many patients I will have the opportunity to care for in the future.”

Having run five other marathons—in Disney World, Chicago, Nashville and Hyannis and the Boston Marathon in 2011—Mirch knows how to stay motivated during training.

“I love training with the BWH team,” she said. “The energy is great, but what really gets me inspired is thinking about my patients, many of whom would benefit from improved limb reconstruction techniques. Working with them makes me love what I do.”

She added: “As a runner and physical therapist, this cause is very close to my heart.”

Learn more about Mirch and the rest of the team at crowdrise.com/brighamwomensboston2015.