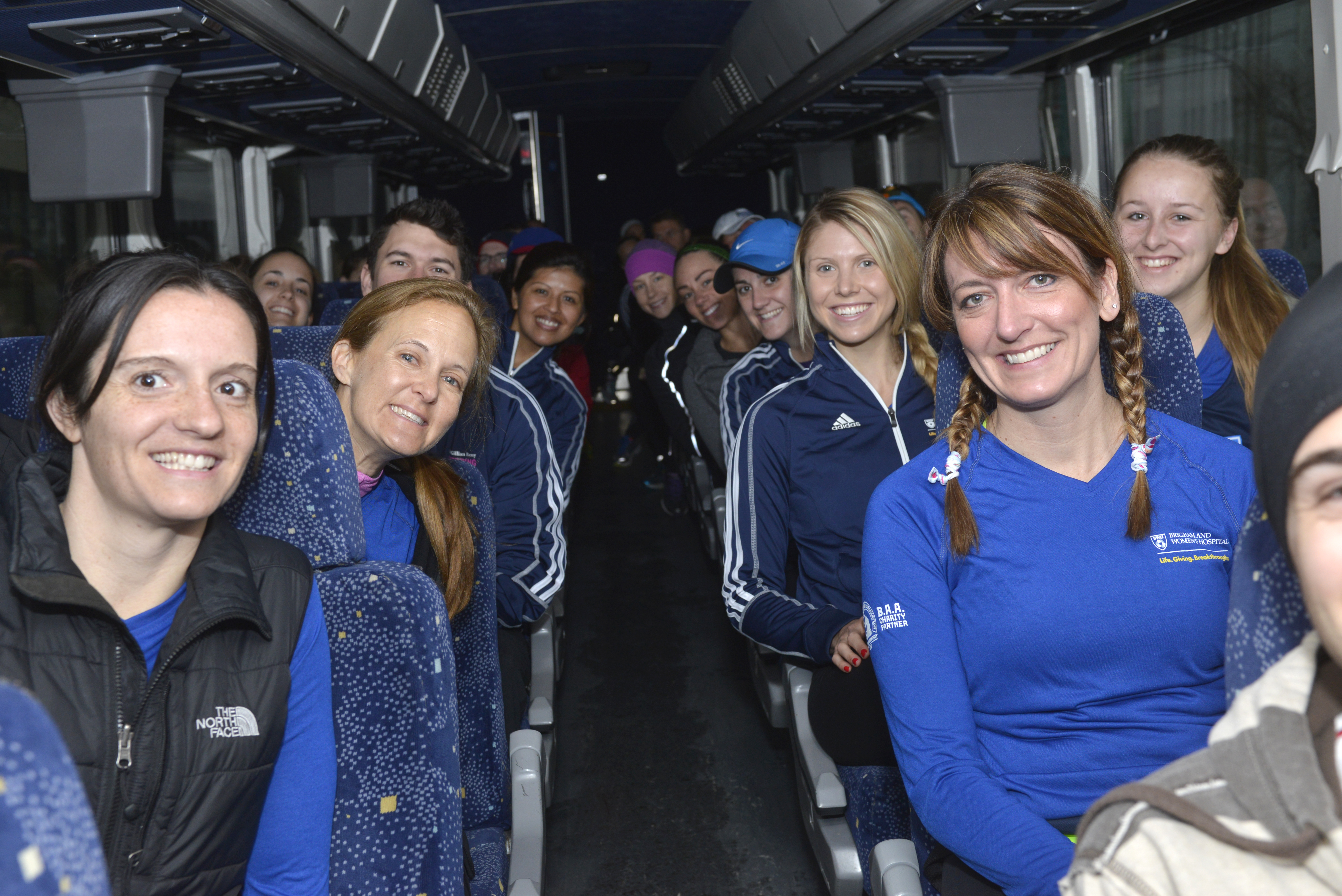 Debbi Murphy (at right in front) on the way to the start of a 21-mile run with other members of BWH’s Life. Giving. Breakthroughs. and Stepping Strong Marathon teams.

Debbi Murphy, a registered nurse and certified clinical research coordinator, is running this year’s Boston Marathon on April 20 to give back to the hospital that treated her when she was diagnosed with a meningioma, a type of brain tumor.

A member of this year’s Life. Giving. Breakthroughs. Marathon Team, Murphy isn’t new to the racing scene; she’s run a half-marathon, a number of 5K and 10Ks and participated in a marathon relay team.

“This year, I really wanted to run with BWH, and I am so honored to be part of such an awesome elite Marathon team,” she said. This will be her first Boston Marathon.

In 2001, Murphy had a routine eye exam that revealed a tumor. Thankfully, it was benign, and she underwent brain surgery at BWH. This year, she learned that she had two new meningiomas.

“I received such great care at BWH, so when I found out the tumors had returned, I was comforted knowing I would once again be in such good hands,” she said.

Murphy is doing most of her Marathon training in Maine where she lives, but she has joined Boston-based runners for a few long runs in advance of Marathon Monday, getting up as early as 4 a.m. to make the drive to Massachusetts.

Learn more about Murphy and the team at crowdrise.com/brighamwomensBoston2015.