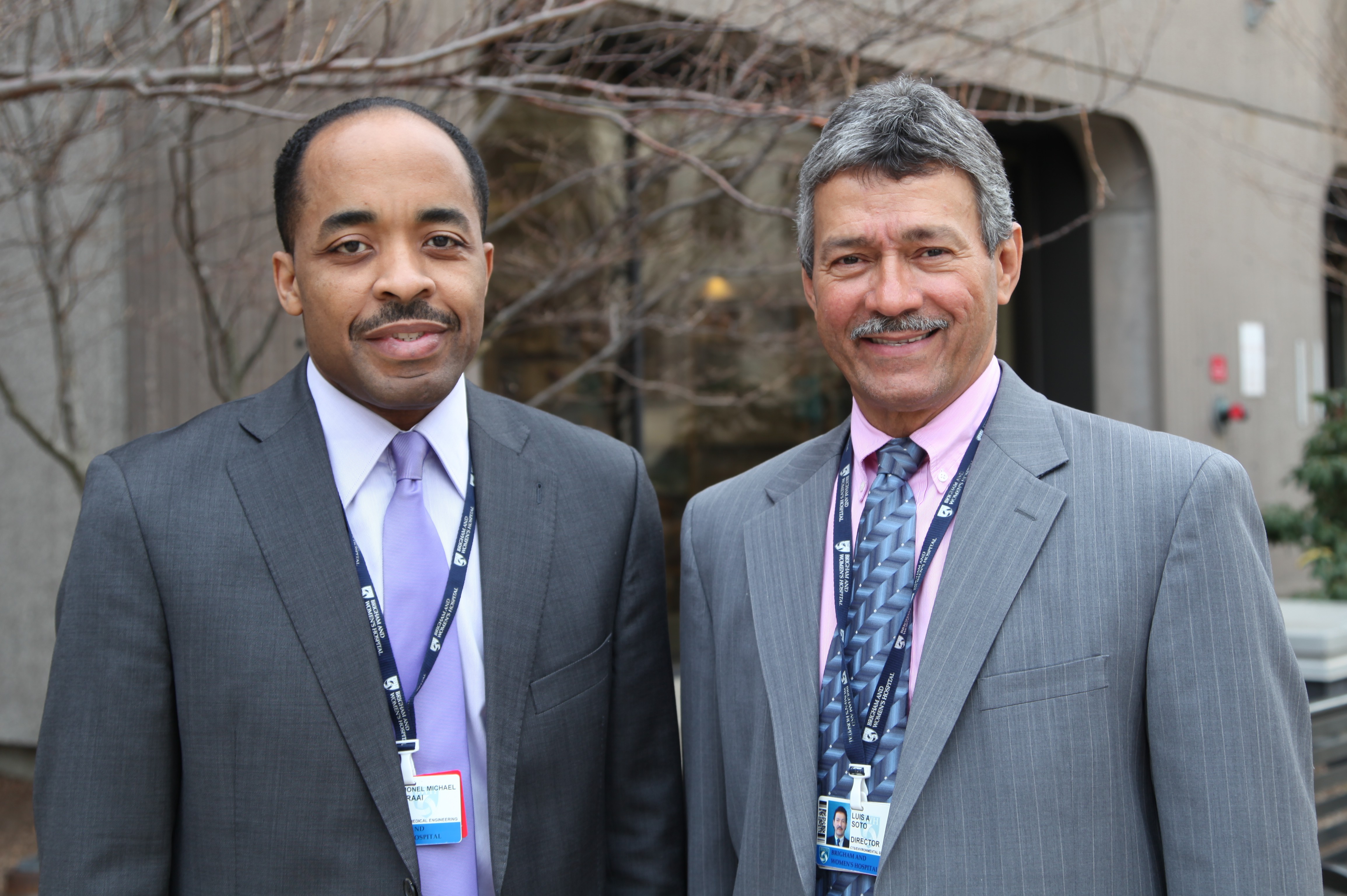 BWH’s Luis Soto and Earl West recognize the importance of giving back. Since 2006, they have been facilitating the donation of outdated BWH beds, bedside tables and other equipment in working condition to hospitals in need in Haiti, Somalia, the Dominican Republic and elsewhere.

When hundreds of hospital mattresses were being replaced with updated versions in 2008, Soto, director of Environmental and Central Transport Services, and West, Central Transport manager, decided that instead of sending all of the old but usable mattresses to collect dust in storage, greater good could be done with them. Soto contacted the International Medical Equipment Collaborative (IMEC), a foundation that facilitates the donation of useable medical equipment to impoverished countries worldwide, and helped BWH donate more than 500 mattresses to the nonprofit organization.

BWH has also donated mattresses, beds, stretchers and various medical supplies to a public hospital in one of the poorer sections of Santo Domingo. Soto was able to visit the hospital in the Dominican Republic a few months after the donation. Seeing others take so much pride in using BWH equipment was remarkable, he said.

Soto and West have also worked to send beds, stretchers and wheelchairs that were no longer being used at BWH to a hospital in Somalia. After the donation was delivered, BWH received a heartfelt letter from hospital staff expressing their gratitude.

“Something that may be obsolete to you can have a lot of value to someone else,” said Soto. “We want to donate items that we can no longer use but that are in good working condition to people in need of these resources.”

Soto is grateful to those across BWH’s departments and disciplines who have helped him make the donations a reality over the years, including Michael Fraai, MS, CCE, director of Biomedical Engineering; Julia Sinclair, MBA, MHA, senior vice president of Inpatient Services; Enrique Genao, Environmental Services supervisor; Lani Kuzia, assistant project manager for Real Estate; and Andy Madden, former director of Materials Management, who is now at the Dana-Farber Cancer Institute.