From crafting the perfect tweet to finding the right audience for your message, BWHers came together to learn how to build an effective social media presence late last month.

Attendees learned that a great starting place for using social media professionally is signing up for LinkedIn, Doximity—a LinkedIn for doctors—and Twitter. These networks are effective for sharing career-focused news, establishing a social media presence in a certain field of expertise and shaping your online reputation.

The panelists said that by using social networks, specifically Twitter, they’ve been able to connect with colleagues around the world, share career successes and stay up-to-date with research publications by following academic journals’ Twitter accounts. 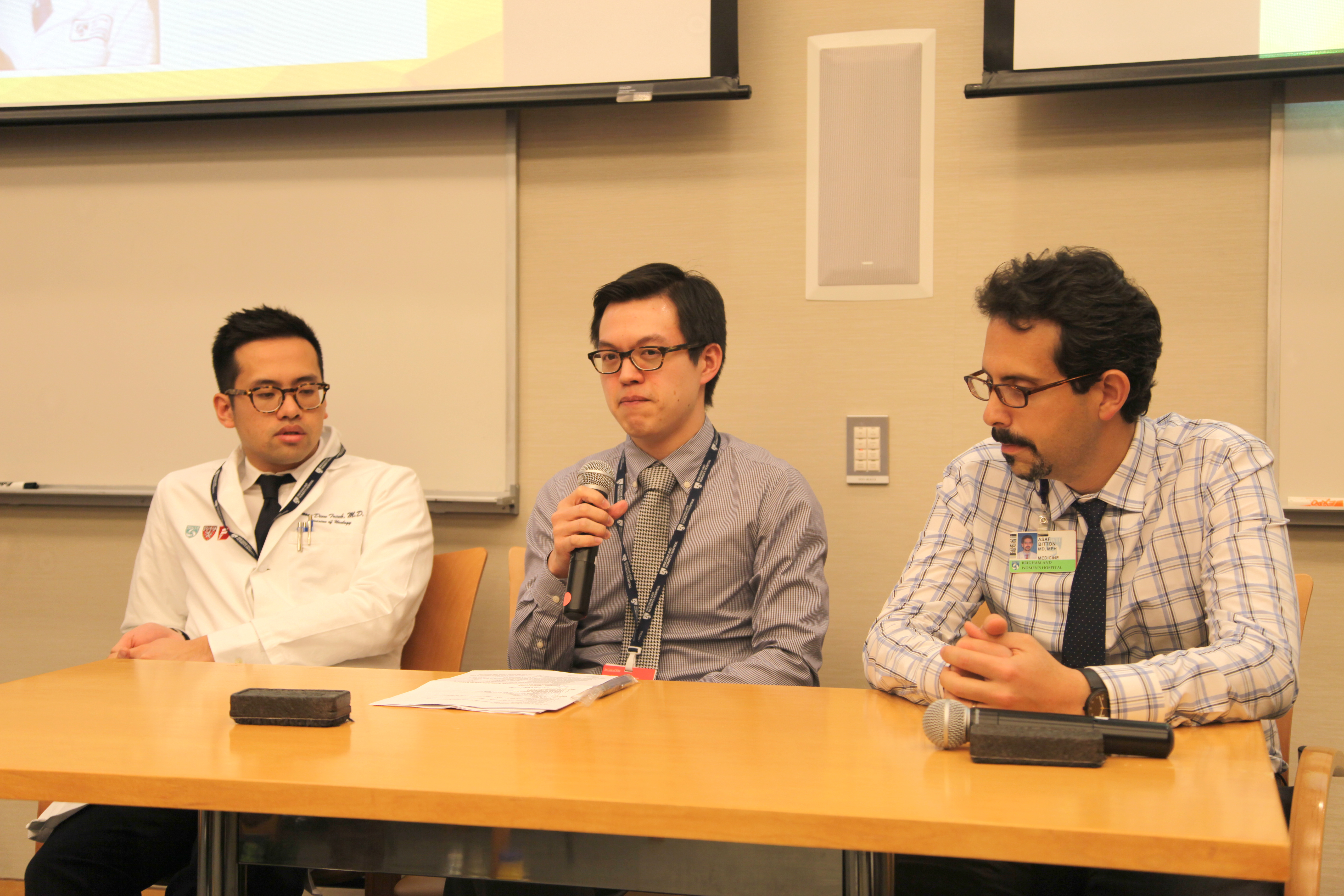 In addition, panelists said they like using Twitter during health care conferences because it allows them to connect with other participants and stay engaged by tweeting and re-tweeting news coming out of the events.

“The best thing about Twitter is its speed,” Bitton said. “There’s no faster way to bridge two or three degrees of separation.” By the same token, he said that every Twitter user should be aware of speed and transparency, as any Twitter posts could go viral—for better or for worse—for any reason.

During the event, panelists also spoke about the intersection of social media efforts and patient care. Jessica Caragher, media relations and social media specialist for Communication & Public Affairs, said that if patients have contacted physicians via a social media site, physicians should either take the conversation offline with the patient or call the Communication & Public Affairs office at 617-525-6370 for advice. She also referred audience members to BWH’s social media policy, which can be found on BWHPikeNotes.org.

The panel stressed that no information about patient cases, even if it’s not identifiable, should be posted on social media.

While using and navigating social media might seem intimidating, panelists encouraged colleagues to give one of the sites a try, explaining that social media is here to stay.

“Don’t be shy,” Trinh said. “The more you engage with your friends and peers, the better your experience will be. Give it a try.”

Check out tweets from the event at #BWHtweets.