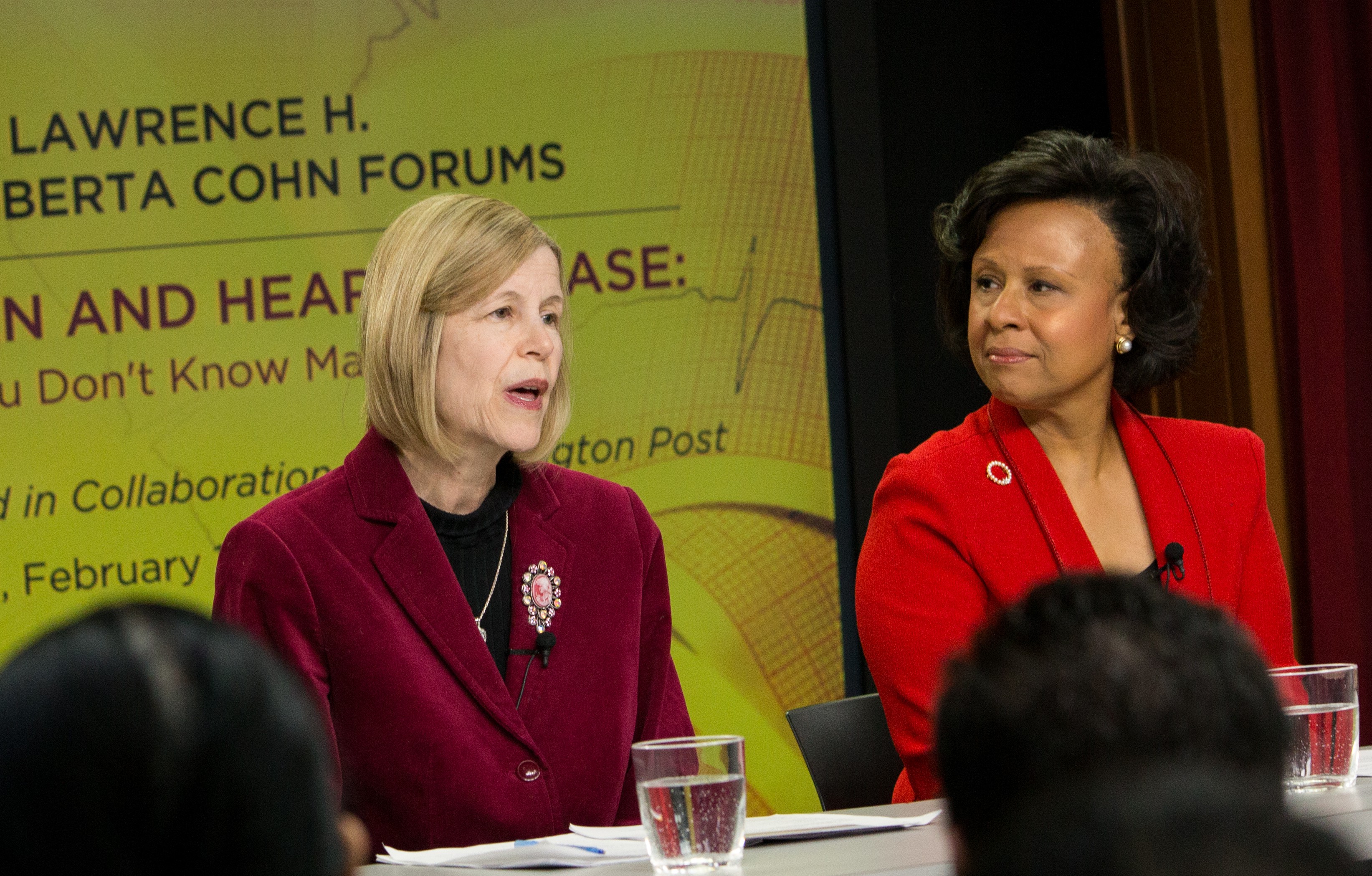 Earlier this month during the Dr. Lawrence H. and Roberta Cohn Forums’ inaugural event, “Women and Heart Disease: What You Don’t Know May Kill You,” BWH experts raised awareness of women’s heart health and shared a number of small steps that women of all ages can take to stay healthy.

In the U.S., heart disease is the leading cause of death in women and is deadlier than all forms of cancer combined. However, by exercising moderately for about 30 minutes a day, maintaining a heart-healthy diet and weight, and not smoking, women can significantly reduce their risk of heart disease, stroke, type 2 diabetes and even dementia.

“It’s never too late to start making important lifestyle changes to lower your risk,” said JoAnn Manson, MD, DrPH, chief of the Division of Preventive Medicine at BWH, at the forum, which was held at the Harvard School of Public Health (HSPH). “Once you know the risk factors and how modifiable and preventable the disease is, there’s so much you can do to reduce your own risk.”

Manson, along with Paula Johnson, MD, MPH, executive director of BWH’s Connors Center for Women’s Health & Gender Biology; Frank Sacks, MD, professor of Cardiovascular Disease Prevention in the Department of Nutrition at the HSPH; and Stephanie Mohl, senior government relations advisor at the American Heart Association, discussed how heart disease symptoms in women can vary from those experienced by men. Additionally, women’s symptoms, such as shortness of breath and extreme fatigue, are often overlooked. There are also certain disorders in pregnancy, such as preeclampsia and gestational diabetes, that put women and their children at risk for heart disease.

Johnson discussed how heart disease should be evaluated across a person’s lifespan, not just when someone starts to experience symptoms. She also explained that some groups of women are at a higher risk of developing the disease, such as African-American women.

Most importantly, experts stressed that in addition to advancing the science, women need to get as much information as they can about the disease, listen to their bodies and take action to reduce their risk.