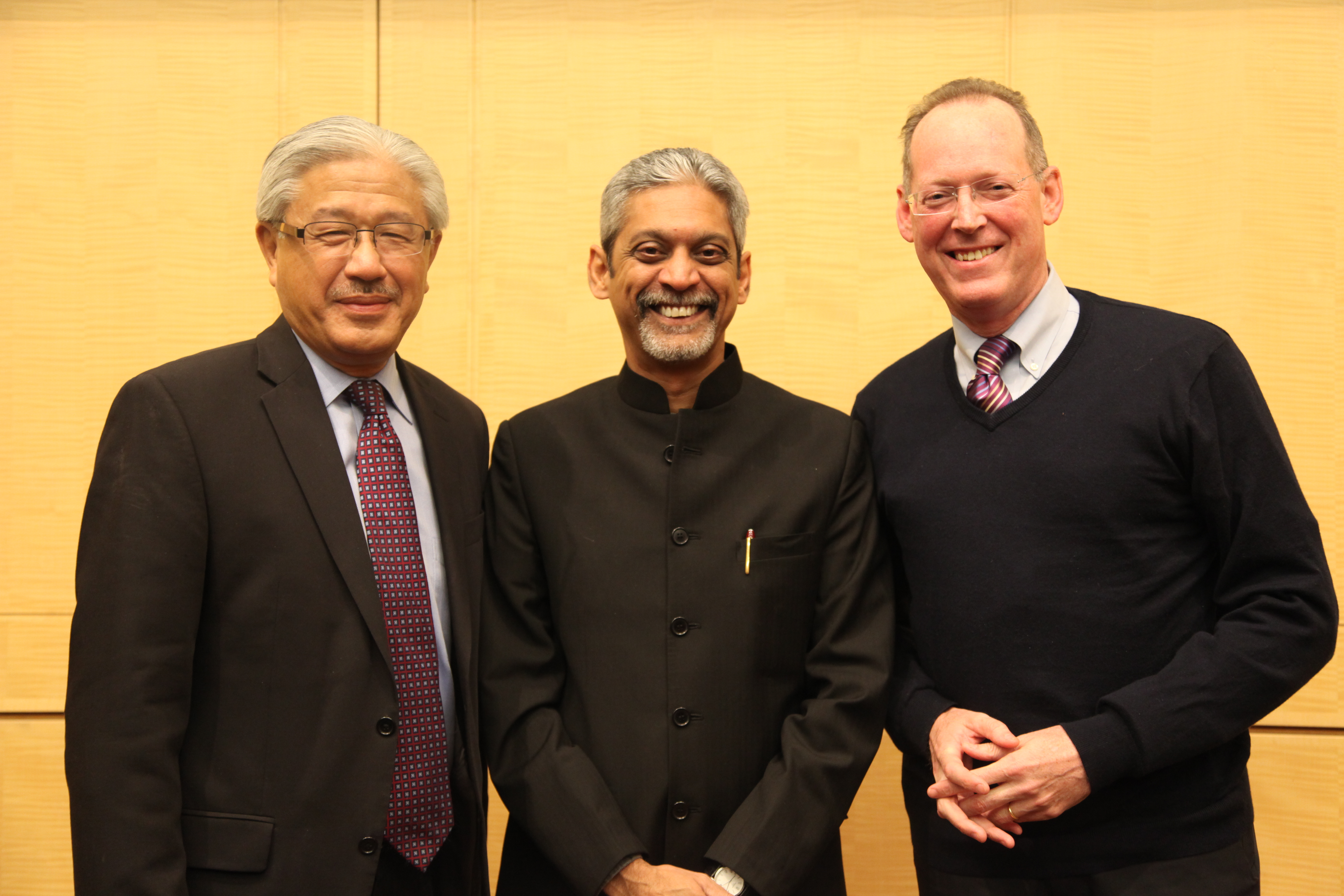 Around the globe, about 10 percent of pregnant women and 13 percent of women who have just given birth experience a mental disorder, mostly depression, according to the World Health Organization. In developing countries, the percentages are even higher—about 16 percent and 20 percent, respectively. In addition to the suffering this causes for women themselves, their children’s growth and development may also be negatively affected.

As co-director of the Centre for Global Mental Health in the London School of Hygiene and Tropical Medicine, Patel’s work spans child development and disability, adolescent health and mental disorders in low-resource settings. During his introduction, Farmer called him “the most important researcher in the world in academic psychiatry today.”

Patel shared some staggering statistics. For example, infants in Goa, India, whose mothers were experiencing depression after birth were three times more likely to have cognitive delays compared to babies whose mothers were not depressed.

Two of the challenges of improving maternal mental health in developing countries are a lack of understanding of mental health disorders and a lack of mental health specialists. To solve this, Patel outlined a promising approach of training community members to provide mental health interventions, empowering ordinary people to care for others. It has already led to a 40-percent reduction in depression among mothers in Goa, where Patel’s work has been based for much of the year.

“Our hypothesis is that if we intervene early, there are real catch-up benefits for mothers and children,” said Patel. “For children to develop in good health, we have to address maternal mental health and the many factors that affect it.”

Patel is part of a group developing India’s first national mental health policy, which seeks to narrow the treatment gap for mental disorders.