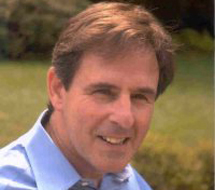 BWH and the Lown Cardiovascular Center mourn the loss of cardiologist Thomas Graboys, MD, who died on Jan. 5 from complications of Lewy body dementia and Parkinson’s disease. He was 70.

Dr. Graboys, of Chestnut Hill, Mass., was a clinical professor at Harvard Medical School and president emeritus of the Lown Institute. He was on the advisory board of International Physicians for the Prevention of Nuclear War, which won the Nobel Peace Prize in 1985. Outside of work, Dr. Graboys was the drummer in a rock band of fellow Brigham cardiologists called the Dysrhythmics.

“He was a jewel in the crown of medicine,” said Bernard Lown, MD, who founded the Lown Cardiovascular Center and Lown Cardiovascular Research Foundation (now the Lown Institute), and cofounded International Physicians for the Prevention of Nuclear War. “He realized that the art of medicine was far more difficult to master than the science.”

In addition to his clinical and research responsibilities, Dr. Graboys served on the editorial board of the New England Journal of Medicine and the Journal of Noninvasive Cardiology. He was a member of the well-known “dream team” of physicians who diagnosed Celtics star Reggie Lewis with a heart defect.

Dr. Graboys published his autobiography, “Life in the Balance: A Physician’s Memoir of Life, Love, and Loss With Parkinson’s Disease and Dementia,” in 2008, writing honestly and movingly about his struggle with Parkinson’s and dementia.

In memory of his first wife and his sister, both of whom died from cancer, Dr. Graboys made a significant gift to BWH in 2000, supporting the Pain and Palliative Care Program, a joint venture between BWH and Dana-Farber Cancer Institute.