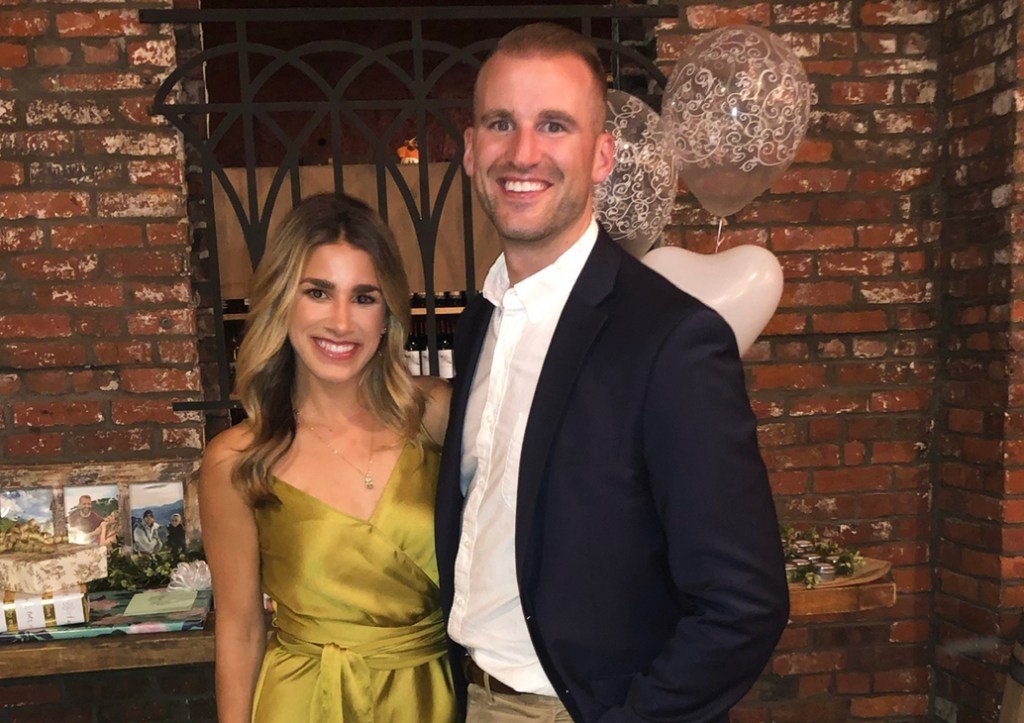 From left: Michele Umbro and her fiancé, Jack Giordano

After having to reschedule their wedding three times due to the coronavirus pandemic, Brigham mammographer Michele Umbro, BS, RT, of the Department of Radiology, and her fiancé, Jack Giordano, were beginning to wonder when they would ever have an opportunity to celebrate their nuptials.

Then, just one day before the deadline to enter, they heard about the Boston Harbor Hotel’s “Heartfelt Thanks to Healthcare Heroes” micro-wedding giveaway. To honor first responders’ efforts during the pandemic, the hotel hosted a sweepstakes for an all-expenses-paid wedding package with 10 guests at the John Adams Presidential Suite, overlooking the Boston waterfront and valued at about $15,000.

The couple quickly filmed a video submission in February and hoped for the best.

Umbro and Giordano, a Boston firefighter, recently learned that they were one of three finalists and were invited to the hotel. When the couple arrived, the staff surprised them and announced that they were actually the winners.

“We were both kind of in shock. We did not expect to win at all,” Umbro said. “We’re just really excited especially after last year and part of this year. We haven’t been able to spend any time with our parents because we have been in these settings. After we found out we won, we thought it would be the best way to start our celebration.”

The couple became engaged in May 2019 and Umbro said they originally planned their wedding in Tuscany, Italy. But when the pandemic hit, they had to cancel their plans.

“I’m just really excited to finally get married and start this new chapter in our lives,” Umbro said. “It’s been a long time coming.”

After a year filled with so many personal and professional challenges, Umbro said they are both looking forward to safely celebrating their wedding with an intimate ceremony this May.

Umbro and Giordano met through the online dating app Bumble. Following the death of her previous partner, Umbro had contacted a medium to help process her grief. They told her that bumble bees and roses were going to be signs of a lasting love. Without Umbro telling Giordano any of this, he gave her a bouquet of red roses with one yellow rose in the center on their second date.

“For couples that have had to reschedule getting married so many times, you start to feel a little hopeless but eventually that time will come,” Umbro said. “When that time does come, it’s going to be really special, and there’s going to be so much more to celebrate.”

One Response to “After Pandemic Postpones Wedding Plans, Brigham Mammographer Wins Her Happily Ever After”