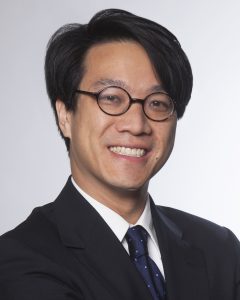 The Brigham Health community and the Internal Medicine Residency Program mourn the loss of Jonathan Leong, MD, PhD, a preliminary intern and aspiring radiologist, who died of cancer on April 10. He was 36.

Remembered for his kindness, humility, passion and clever wit, Dr. Leong had a deep commitment to helping others and pursuing his dream of becoming a physician-scientist.

In 2017, Dr. Leong and his family learned of his devastating diagnosis of glioblastoma during an otherwise joyful time for medical students: Match Day. Rather than take time off to travel or relax at home, Dr. Leong became determined to use the time he had to help others heal.

“Despite his illness and the demands of treatment, Jonathan came to work every day overflowing with enthusiasm, dedication and kindness,” said Joel Katz, MD, director of the Internal Medicine Residency Program and vice chair for Medical Education in the Department of Medicine. “Even after he was too ill to manage work, Jonathan relayed his eagerness to return to patient care, every day. We are grateful for all of his contributions and deeply saddened by his passing.”

One month after learning about his brain tumor, Dr. Leong successfully defended his doctorate thesis by teleconference from his living room in Lincoln, Mass., while recovering from surgery. That fall, he embarked on his physician training at the Brigham while managing chemotherapy and other treatments.

His family shared that during one of Jonathan’s chemotherapy appointment, another patient recognized him in the waiting room as an intern who had cared for his father. The man thanked Dr. Leong for saving his father’s life.

“Jonathan taught us more than he will ever know about the true privilege we have as physicians of practicing the art of medicine,” said Dani Crousillat, MD, chief medical resident in the Department of Medicine. “We have big shoes to fill as we work to carry on his legacy and embody his selflessness and passion in the care of our patients.”

Daniel Pipilas, MD, a third-year Internal Medicine resident, remembered his beloved colleague as a patient, thoughtful and compassionate physician whose extraordinary resilience and altruism was an inspiration to everyone.

“Even in the face of this terrible diagnosis, he wanted nothing more than to be at the hospital taking care of patients,” Pipilas said. “He would say, ‘How could I go off and enjoy life while these people are suffering? I want to take care of them.’ He loved being a doctor, and he really taught me what a privilege it is to do the work that we do.”

After his illness worsened, Dr. Leong reluctantly took a leave of absence from the Brigham in December. He had planned to begin his specialty training in radiology at Massachusetts General Hospital this year.

In addition to his talents as a physician, Dr. Leong was a gifted musician. A virtuoso violinist, he performed locally, nationally (including at Carnegie Hall) and internationally.

After completing his undergraduate degree at Harvard University, Dr. Leong was named a Fulbright Scholar and worked at the Max Planck Institute of Neurobiology in Germany, where he studied the visual cortex. Following that, he was accepted into the Medical Scientist Training Program at Stanford University School of Medicine, where he earned his medical and doctorate degrees. At Stanford, Dr. Leong distinguished himself as an exceptional physician-scientist, completing his thesis in neuroscience and making fundamental contributions to our understanding of how the brain detects visual motion.

Dr. Leong is survived by his parents, Susanna Szeto and Joseph Leong; his maternal grandmother, Lily Tang Szeto; and many aunts, uncles, cousins and loved ones.