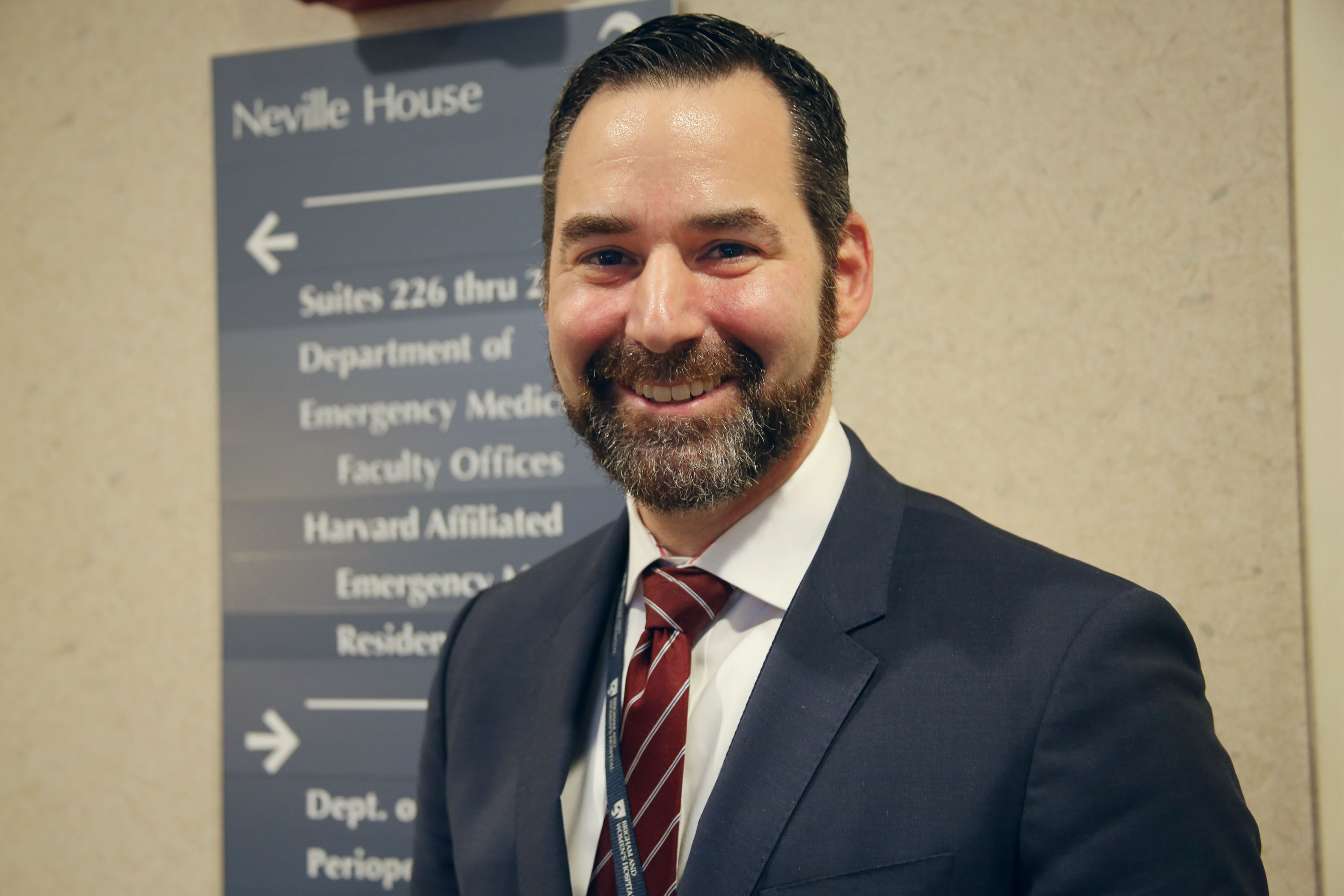 While emergency medicine physician Eric Goralnick, MD, is accustomed to sporting a clean-shaven look, he says it wasn’t a hair-raising decision to grow out his beard and mustache during November for a charitable cause.

Goralnick, medical director of Emergency Preparedness and the Brigham Health Access Center, pledged to forego shaving his facial hair for one month and fundraise for First Responder No-Shave November, an annual campaign that benefits the local nonprofit Home Base.

A partnership of the Red Sox Foundation and Massachusetts General Hospital, Home Base works to help military service members, veterans and their families heal from the invisible wounds of war, such as traumatic brain injury and post-traumatic stress. The organization operates the nation’s largest private sector clinic focused on caring for at-risk veterans and military families.

Goralnick said he was inspired to participate in the campaign based on his experiences both as a clinician and veteran; prior to his medical career, he served in the U.S. Navy as a surface warfare officer.

“We owe a debt to our veterans for their service,” Goralnick said. “Regardless of politics, they serve our citizens in challenging situations, and we should ensure that they are provided for and receive the same level of honor and care with which they serve us.”

Studies have found that service members and veterans are at increased risk for mental health concerns, which can be further complicated by substance use disorder. Compared to civilian adults, veterans are 1.5 times as likely to commit suicide, according to a 2018 report from the U.S. Department of Veterans Affairs.

Goralnick said his unfamiliar appearance this month has been an effective conversation-starter—providing many opportunities to raise awareness about the challenges military members and their families face.

He is also the campaign’s first and only physician to participate. The pledge is primarily taken up by police officers, firefighters, corrections officers, emergency medical technicians and paramedics across New England.

Power said he was deeply honored to have Goralnick show his support.

“Dr. Goralnick is not only saving lives on a daily basis as an emergency medicine physician, but he is also a Navy veteran helping us save the lives of American heroes as we work to combat veteran suicide,” Power said. “Doc, thank you so much for your service—you are truly an inspiration to all of us.”